SF-based small satellite startup Capella Space is now exclusively offering the most cutting-edge synthetic aperture radar (SAR) imagery available on the commercial market. The company has now made available 50cm x 50cm “Spot” imagery — much higher resolution than the previous 1m x 25cm images that were the best available. SAR imagery offers advantages versus other types of satellite-based observation, because it can operate regardless of cloud cover, air visibility, lighting (whether it’s day or night) and more.

Capella Space has designed, built and operated its SAR satellites entirely in-house, making it the first U.S. company to do so. Founded and led by former JPL engineer Payam Banazadeh, the company has so far launched one of its satellites to orbit on a Rocket Lab launch that lifted off at the end of August. The company has plans to launch two more of its spacecraft on board a future SpaceX rideshare launch, potentially before year’s end. 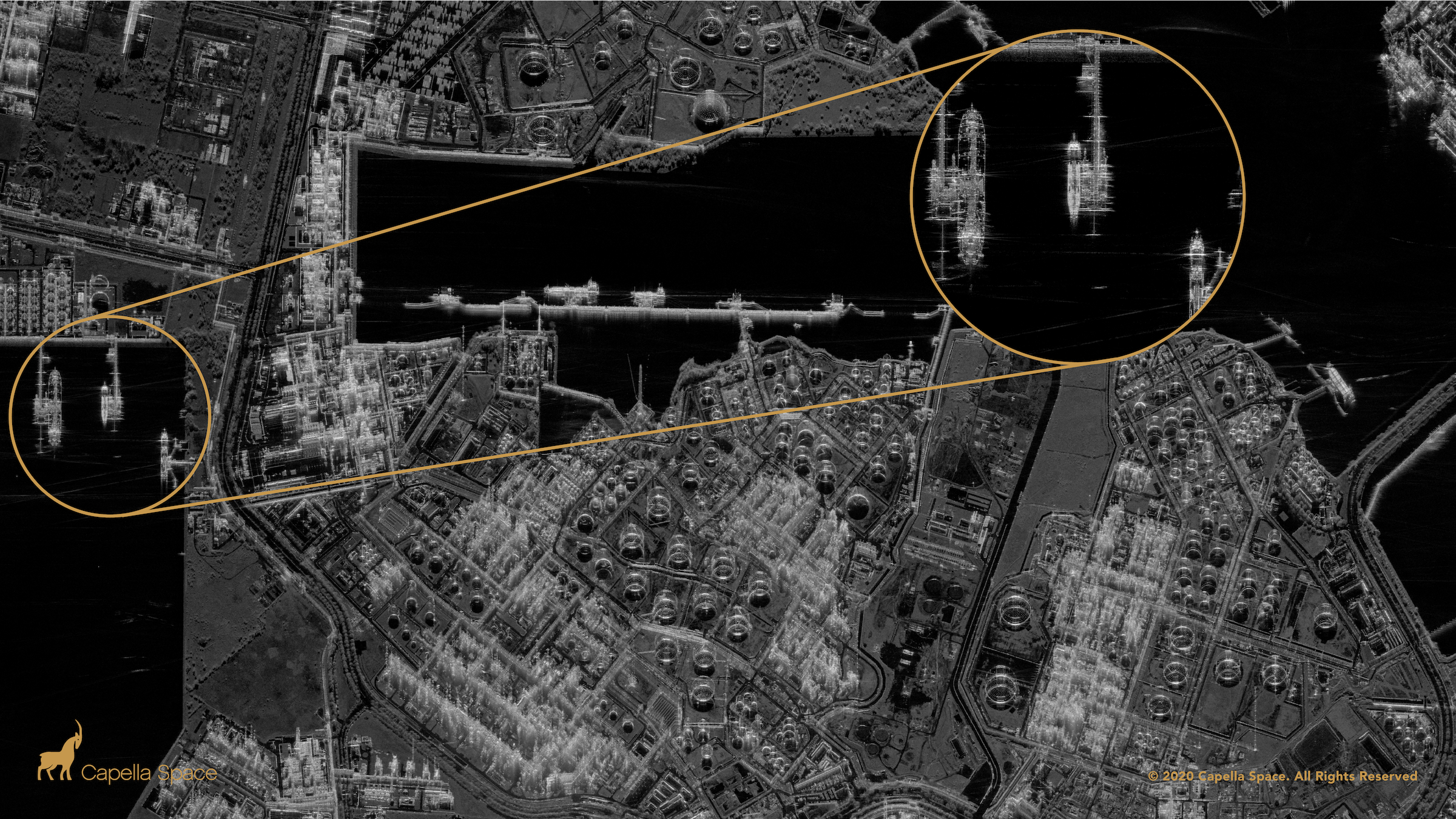 Currently, Capella’s commercially available max resolution isn’t actually even technologically bound — it’s limited by a maximum set by U.S. regulators about how detailed SAR imagery can be when made available to private sector buyers. Cappella notes that it can sell even better imagery to U.S. government customers, and that it should be able to offer even 25cm x 25cm resolution imagery commercially once “regulations catch up to technologies.”

SAR imagery is poised to become a major disruptive shift for space-based Earth imaging, especially as the technology to achieve this level of detail becomes more generally accessible and affordable, enabling startups like Capella to provide it to commercial businesses. It’s also a rich platform upon which to layer analytics and other types of observation data for detailed insights that simply weren’t possible with the limitations of optical imaging alone. Obviously, the tech is also very much of interest to national security organizations, and Capella already has contracts in place to show that, aided by its all-American pedigree.

Banazadeh is joining us at our TC Sessions: Space event, which kicks off later today, so we’ll likely hear more about this new high-resolution imagery and its applications then.