The startup opioid use disorder therapy service Bicycle Health will soon be available to patients in half the country, just three years after its launch in 2017, according to founder Ankit Gupta.

A serial entrepreneur whose last company, Pulse News, was acquired by LinkedIn back in 2013, Gupta left LinkedIn in 2016 (around the time of the Microsoft acquisition) to pursue something more meaningful. He settled on trying to find a better way to address the opioid addiction epidemic, which was responsible for more than 42,000 deaths the year he left LinkedIn.

By 2018, deaths from overdoses would exceed 47,000, according to data from the U.S. Department of Health and Human Services. 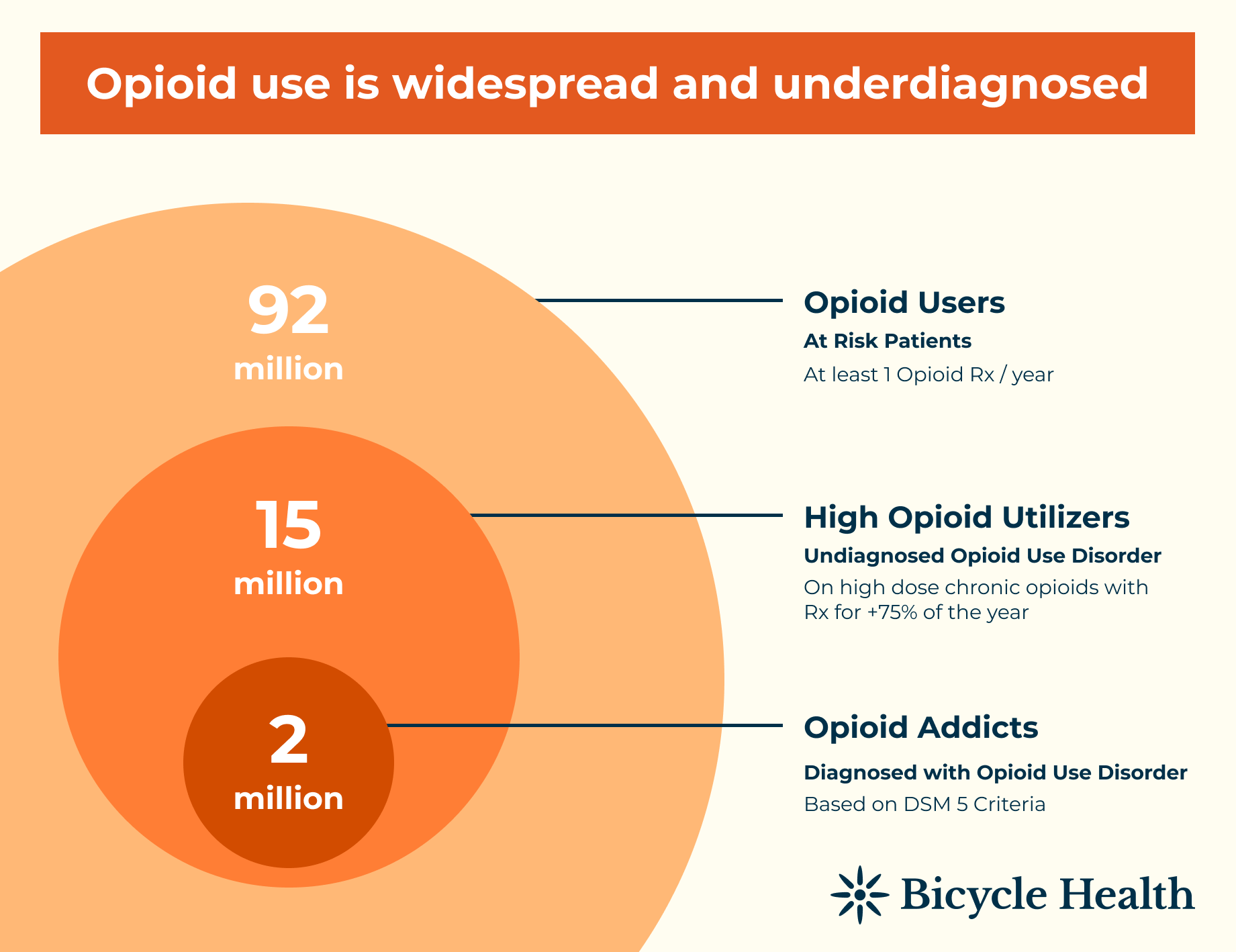 Initially, the company worked out of a clinic in Redwood City, California, but as the COVID-19 pandemic took hold in the U.S. earlier this year and forced treatment facilities to undertake preventative measures to stop the spread of the disease, Bicycle Health began adopting virtual treatment methods.

Under new regulations delivered by HHS, many therapies and drug treatments that had only been available in-person were able to be distributed remotely. The change caused an explosion in remote-care services and companies like Bicycle Health rushed to capitalize.

The company is currently offering treatment options in 18 states and is on track to be available in 25 states by the end of the first quarter of 2021.

Backing that growth are a slew of individual and institutional investors led by the venture investment firm, SignalFire, which led Bicycle Health’s seed round. In all, the company has raised roughly $5.5 million from investors, including SignalFire, Hustle Fund, Romulus Capital and individual investors like Jeff Weiner, the former chief executive of LinkedIn; Sami Inkinen, the founder of Virta Health; Rushika Fernandopulle, the founder of Iora Health; and John Simon, the co-founder of General Catalyst through his Greenlight Fund.

Bicycle Health both prescribes buprenorphine as a medical treatment and offers a team of health coaches to address the behavioral and mental health issues attendant with detoxifying.

There are three health coaches on staff to manage the care of the company’s current roster of 2,000 patients, and those coaches are bolstered by 12 clinical support specialists, Gupta said.

Treatment is delivered and managed through the company’s mobile app, and is supplemented by regular in-home diagnostic testing to monitor a patient’s progress, according to Gupta.

Working with GoodRx, the company has been able to drive down over-the-counter costs for patients who don’t have healthcare, and Gupta said that Bicycle Health would be working with local and national healthcare providers to try to defray as much of the costs as the company can.

“We want to subsidize the costs as much as possible for our patients,” he said.