AWS today announced the preview of Amazon Location, a new service for developers who want to add location-based features to their web-based and mobile applications.

Based on mapping data from Esri and HERE Technologies, the service provides all of the basic mapping and point-of-interest data you would expect from a mapping service, including built-in tracking and geofencing features. It does not offer a routing feature, though.

“We want to make it easier and more cost-effective for you to add maps, location awareness, and other location-based features to your web and mobile applications,” AWS’s Jeff Barr writes in today’s announcement. “Until now, doing this has been somewhat complex and expensive, and also tied you to the business and programming models of a single provider.” 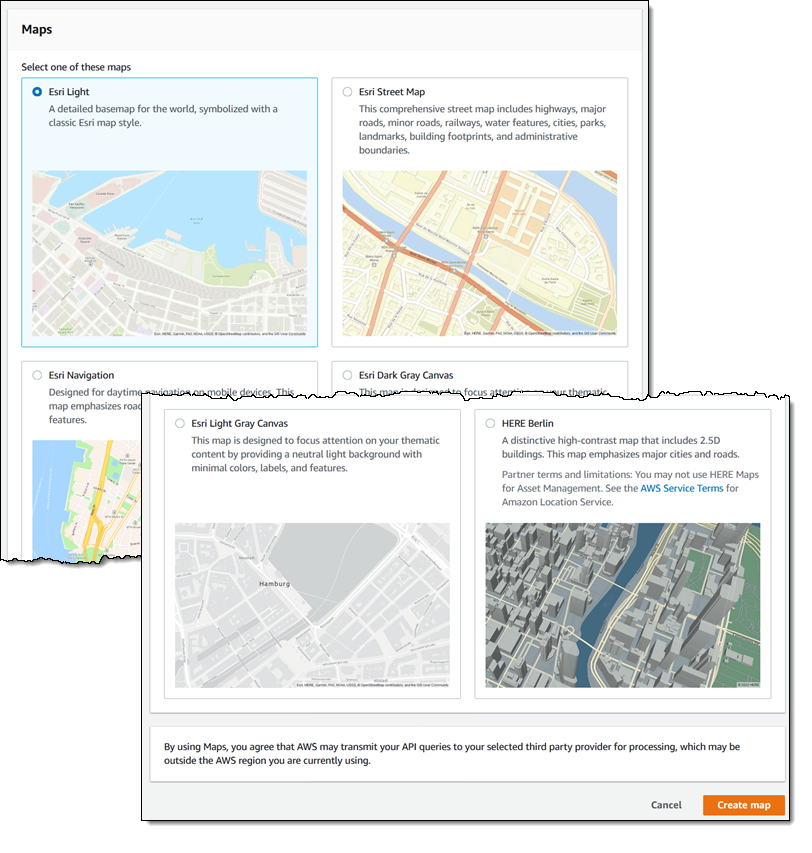 At its core, Amazon Location provides the ability to create maps based on the data and styles available from its partners (with more partners in the works) and access to their points of interest. Those are obviously the two core features for any mapping service. On top of this, Location also offers built-in support for trackers, so that apps can receive location updates from devices and plot them on a map. This feature can also be linked to Amazon Location’s geofencing tool so apps can send alerts when a device (or the dog that wears it) leaves a particular area.

It may not be as fully featured as the Google Maps Platform, for example, but AWS promises that Location will be more affordable, with a variety of pricing plans (and a free three-month trial) that start at $0.04 for retrieving 1,000 map tiles. As with all things AWS, the pricing gets more complicated from there, but seems quite reasonable overall.

Dear Everyone that works at AWS,

Thank you for giving us Amazon Location and helping us break away from the tyranny of Google Maps.

While you can’t directly compare AWS’s tile-based pricing with Google’s plans, it’s worth noting that after you go beyond Google Map Platform’s $200 of free usage per month, static maps cost $2 per 1,000 requests.

After a number of pricing changes, Google’s mapping services lost a lot of goodwill from developers. AWS may be able to capitalize on this with this new platform, especially if it continues to build out its feature set to fill in some of the current gaps in the service.