Google Photos is rolling out a series of updates to its Memories feature, which surfaces your best photos from years past. Over the next month, Memories will be expanded to include 3D Cinematic photos, updated collage designs and new types of Memories, the company says. These “new types” of Memories may include those of the most important people in your life or your favorite things — like sunsets, activities such as baking or hiking, or whatever else seems to matter most to you, based on the photos you upload.

Google notes that you can hide specific people or time periods in the app if there are parts of your photo history you don’t want to see resurfaced in Memories. You also can toggle off the option to be notified about Memories, if this is not a feature you like.

The new types of Memories come following a challenging year where users have been stuck at home due to the pandemic, and often have found diversion and entertainment in a different set of activities. Instead of going to large gatherings, like concerts or parties, or flying to new destinations, many people have stayed closer to home and spent their time with families. The new Memories will help to surface some of these “favorite activities” we engaged in during a year when people may not have taken as many personal photos as before.

Google Photos’ new 3D Cinematic images, meanwhile, are being created using machine learning that predicts the image’s depth to produce a 3D representation of the scene. This will work even if the original photo didn’t include depth information from the camera, Google notes. The feature then animates a virtual camera for a smooth panning effect, the results of which are meant to make reliving your memories feel more vivid.

As Google Photos creates new Cinematic Photos, you’ll be alerted through a notification. The new image will appear in the recent highlights section at the top of the photo grid. You can then share that photo with friends or family, or send it as a video.

You may have already spotted the new collage designs, which began to roll out to some Google Photos users earlier in December. 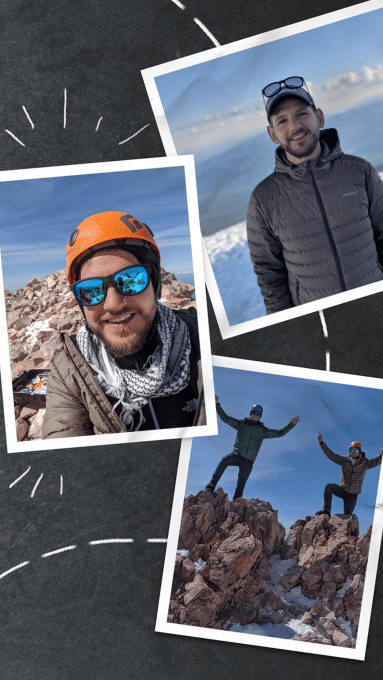 The collages let you create almost scrapbook-like designs with your photos — but instead of using paper and decorations, Google Photos will design the layouts using AI. This includes picking the background to match the selection of photos, finding similar colors, and then using those to accent the font and the background of the collage, the company says.

All features will finish rolling out over the next month, Google notes. You’ll need an updated version of the Google Photos app to see the enhancements.