The app industry is as hot as ever, with a record 204 billion downloads and $120 billion in global consumer spend in 2019. Not including third-party Chinese app stores, iOS and Android users downloaded 130 billion apps in 2020. Consumer spend also hit a record $112 billion across iOS and Android alone. In 2019, people spent three hours and 40 minutes per day using apps, rivaling TV. Due to COVID-19, time spent in apps jumped 25% year-over-year on Android.

Apps aren’t just a way to pass idle hours — they’re also a big business. In 2019, mobile-first companies had a combined $544 billion valuation, 6.5x higher than those without a mobile focus. 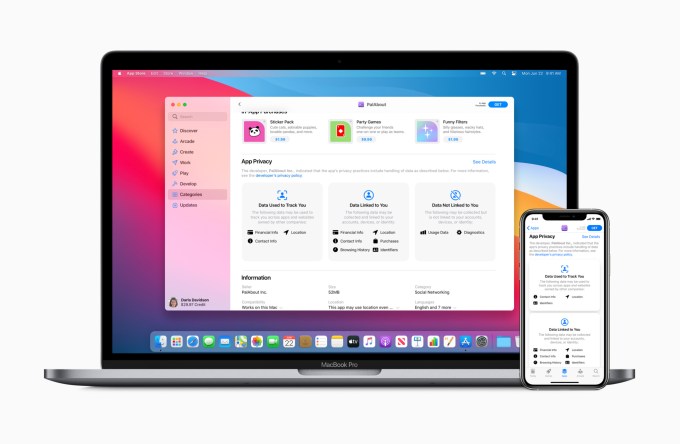 Apple SVP Craig Federighi took aim at the adtech industry in a speech to European lawmakers this week, where he downplayed and dismissed the industry backlash against the forthcoming app tracking changes as “outlandish” and even “false.” He said that online tracking is privacy’s biggest challenge and that Apple’s forthcoming App Tracking Transparency (ATT) is the front-line of defense.

“The mass centralization of data puts privacy at risk — no matter who’s collecting it and what their intentions might be,” Federighi said, reiterating that Apple aimed to have as little data on its customers as possible.

This has been the company’s line to date, and it’s not necessarily the whole truth. Apple has so far characterized its decision to allow consumers to opt-out of being tracked as one that’s solely focused on consumer privacy. It positions Apple as consumers’ savior and the only one fighting for our privacy. But the changes are also an example of Apple leveraging its platform power, potentially in an anticompetitive way, to give itself a seat at the table of a multi-billion-dollar market today dominated by its competitors Google and Facebook.

In this case, Apple is inserting itself in the world of mobile advertising by forcing a shift from IDFA to its own SKAdNetwork, which limits the individualized data advertisers can access. This is good for consumers who don’t want to be targeted and tracked just because they’re using an app. Publishers, however, have argued they won’t be able to charge as much for ads where users opted out of tracking. This could have a snowball effect of hurting ad-supported businesses beyond the tech giants like Facebook.

Meanwhile, Apple does get to collect a lot of consumer data which it uses to personalize ads. Its own App Store and Apple News apps personalize ads unless consumers opt out in their iPhone’s Settings (and not through a scary pop-up warning like third-party apps have to display). Apple says what it does in terms of personalization doesn’t count as “tracking” because it doesn’t share the data with others or follow customers around websites and apps.

But as Apple moves into its own services businesses, the amount of data that can be used to personalize its own ads grows. Today, Apple’s ad targeting system includes users in segments based on the music, books, TV shows and apps they download, as well as in-app purchases and subscriptions. It also tracks users as they search the app search with keywords and tap to read App Store stories, and tracks location if permission has been granted to Apple News or the App Store.

In related news, Facebook-owned WhatsApp criticized Apple’s forthcoming privacy label requirements this week, saying that the labels are anti-competitive because they won’t apply to first-party apps, like iMessage, that come pre-installed on iPhones. WhatsApp also argued that they don’t allow companies to share enough details about the measures they’re taking to protect consumer data.

Apple responded by saying labels for its own apps will be on its website for those apps not distributed through the App Store. 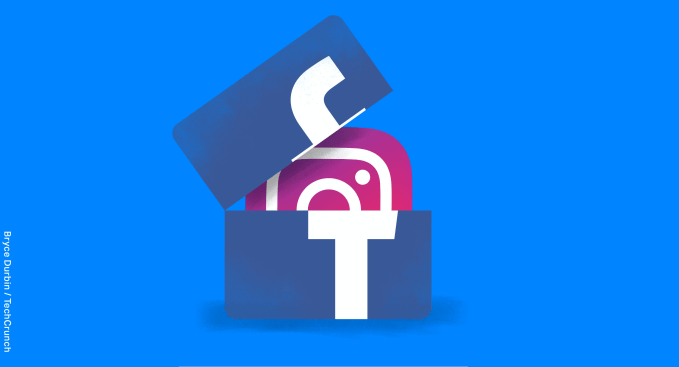 Forty-eight attorneys general across 46 states, the territory of Guam and the District of Columbia have filed an antitrust lawsuit that accuses Facebook of suppressing its competition through monopolistic business practices. The states are asking the court to restrain Facebook from making further acquisitions in excess of $10 million without notifying the plaintiffs, and is asking for additional relief, including “the divestiture or restructuring of illegally acquired companies, or current Facebook assets or business lines.”

The FTC also voted to pursue its own antitrust suit against Facebook at the federal level.

While the lawsuits are much larger than an app story alone, they do have the potential to impact the app ecosystem if the plaintiffs prevail, as they ask for the acquisitions of Instagram and WhatsApp, and maybe others, to be retroactively judged to be illegal and divested. This would allow for increased competition among the social app market, where Facebook leverages its power to maintain its dominant position. For instance, Facebook just integrated its messaging platform with Instagram’s, meaning users can now message friends across two of the largest social platforms via just one app — either Messenger or Instagram. WhatsApp could be integrated in the future, as well.

Twitter on Friday announced the acquisition of the screen-sharing social app Squad. The startup’s co-founders, CEO Esther Crawford and CTO Ethan Sutin, along with the rest of Squad’s team will be joining Twitter’s design, engineering and product departments. The Squad app, which had heavily relied on Snap’s Snap Kit developer tools, will shut down.

Twitter may be shuttering Periscope as well, code reveals, which leaves some wondering what Twitter’s plans are in terms of streamlining its services. The company has more recently been experimenting with its own version of Stories, aka Fleets, and an audio-based networking product for group conversations.

This Week in App News 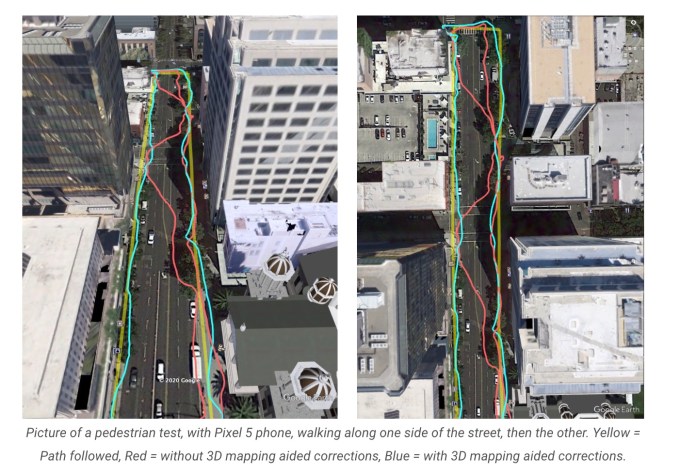 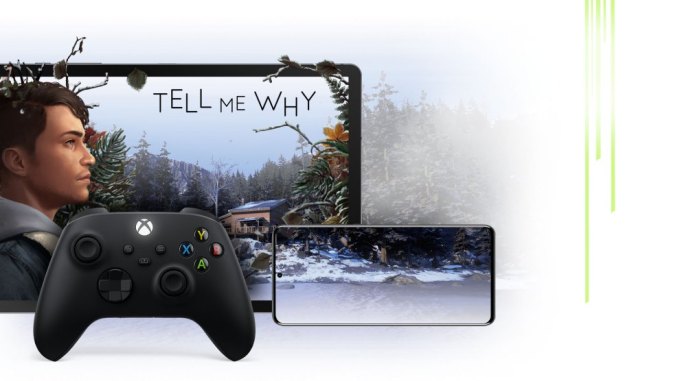 Xbox cloud gaming coming to iOS and PC in spring 2021 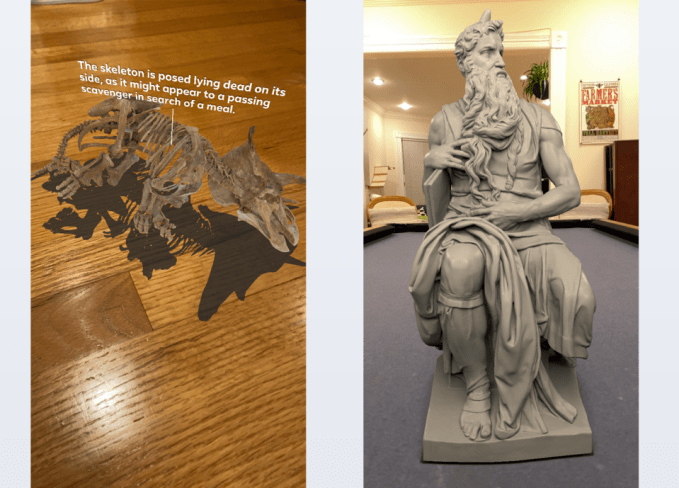 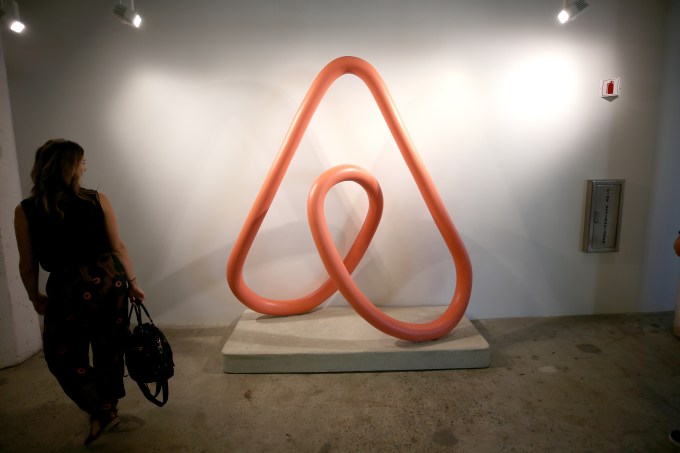 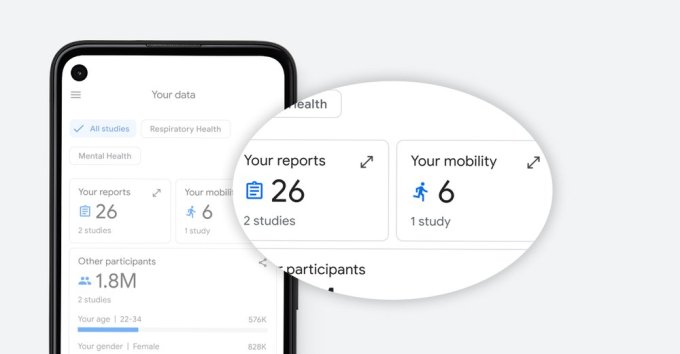 Google takes on Apple’s Research app with an alternative for Android users. The new Google Health Studies app will work in partnership with leading research institutions, which will connect with study participants through the app. The first study is timely, as it focuses on respiratory illnesses, including the flu and COVID-19. The study will use federated learning and analytics — a privacy technology that keeps a person’s data stored on the device.

Google launched an accessibility-focused app, Look to Speak, that lets people use their eyes to choose pre-written phrases for their phone to say out loud. To use the app, people have to look left, right or up to select what they want to say from the phrase list and navigate the app. Look to Speak can also be personalized by letting users edit the words and phrases they want to say and adjust the gaze settings to their needs. 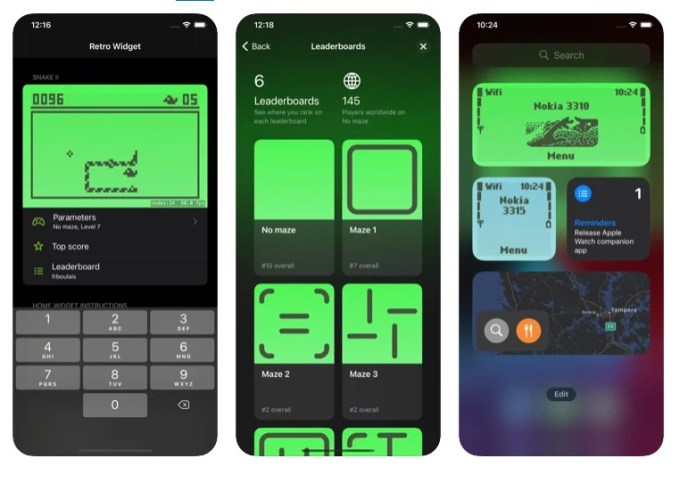 Gaming via a home screen widget? The fun Retro Widget 2 ($1.99) has been updated to bring the classic Snake II game from old Nokia handsets to the iPhone’s home screen. The app includes five mazes and nine levels and lets you play Snake II using the 1, 3, 7 and 9 keys.

Barter is an app designed for app developers alone. From the maker of the HomePass and HomeCam apps, Barter offers a way for app developers to view their app sales in a widget on iOS 14+ devices. The app includes no analytics or tracking beyond what Apple builds in to protect developer data. In the future, Pearce says he’ll expand the app to be able to show things like downloaded units, by product and more. The current version was an MVP to see if Apple would allow the app to pass App Review. Since it passed, it will soon be upgraded.

Introducing Barter, the best way to view your App Sales in a widget.https://t.co/SXh4G5Jeyf pic.twitter.com/iFqX0HEJSH