Maybe it is a stock market bubble, or a tech-stock bubble at least. And maybe DoorDash, Airbnb and C3.ai and their bankers should have priced higher regardless to take advantage of all of the enthusiasm. It’s hard to avoid reactions like that, after DoorDash, for example, doubled its final private share price to $102 for its public debut on Wednesday — only to see the price climb to $175 at the end of the week.

Or maybe none of this will matter, because the future is way bigger and the companies are going to get there regardless. That’s what Saar Gur tells Connie Loizos this week about DoorDash, which he had invested in many years ago:

I actually started my career at Lehman Brothers on the investment banking team, and so having seen the IPO process, while I can appreciate [frustration that a] company left some money on the table based on the pricing, the tactical challenge [is that] it’s very hard to predict. You know what the market will bear once it moves to retail investors.

What’s exciting to me is [that] DoorDash is raising money because they are just getting started. I do think this could be a $500 billion-plus company. There’s so much to be excited about. As for the capital-raising event, I think it’s hard for the bankers to know where it will land with the broader market, so I’m not as negative as maybe some others.

Here’s the blow-by-blow coverage of the craziest tech IPO week in the craziest (IPO) year in decades, resuming from where I left off last Friday:

DoorDash amps its IPO range ahead of blockbuster IPO (EC)

DoorDash said to price at $102 per share, doubling its final private price

While several marketplace unicorns prepare IPOs, a VC digs into the data (EC)

How DoorDash and C3.ai can defend their red-hot IPO valuations (EC)

In public and private markets, cloud earnings and valuations heat up (EC)

The year is coming to a close for my time writing this newsletter, too. I’m going to be returning full-time to my regular job editing Extra Crunch and stuff in the back offices here at TechCrunch virtual HQ. My colleague Natasha Mascarenhas will be taking over starting next week.

You’re in good hands. In fact you may have noticed many of her articles and her weekly contributions to Equity showing up here already. Since joining us from Crunchbase News earlier this year, she’s been covering early-stage startups and the San Francisco tech scene in general, with a big focus on edtech. We have a lot more planned across Equity, Extra Crunch and more, and she’ll be able to tie it all together around her daily coverage. Stay tuned for an action-packed 2021 (and follow her on Twitter in the meantime). 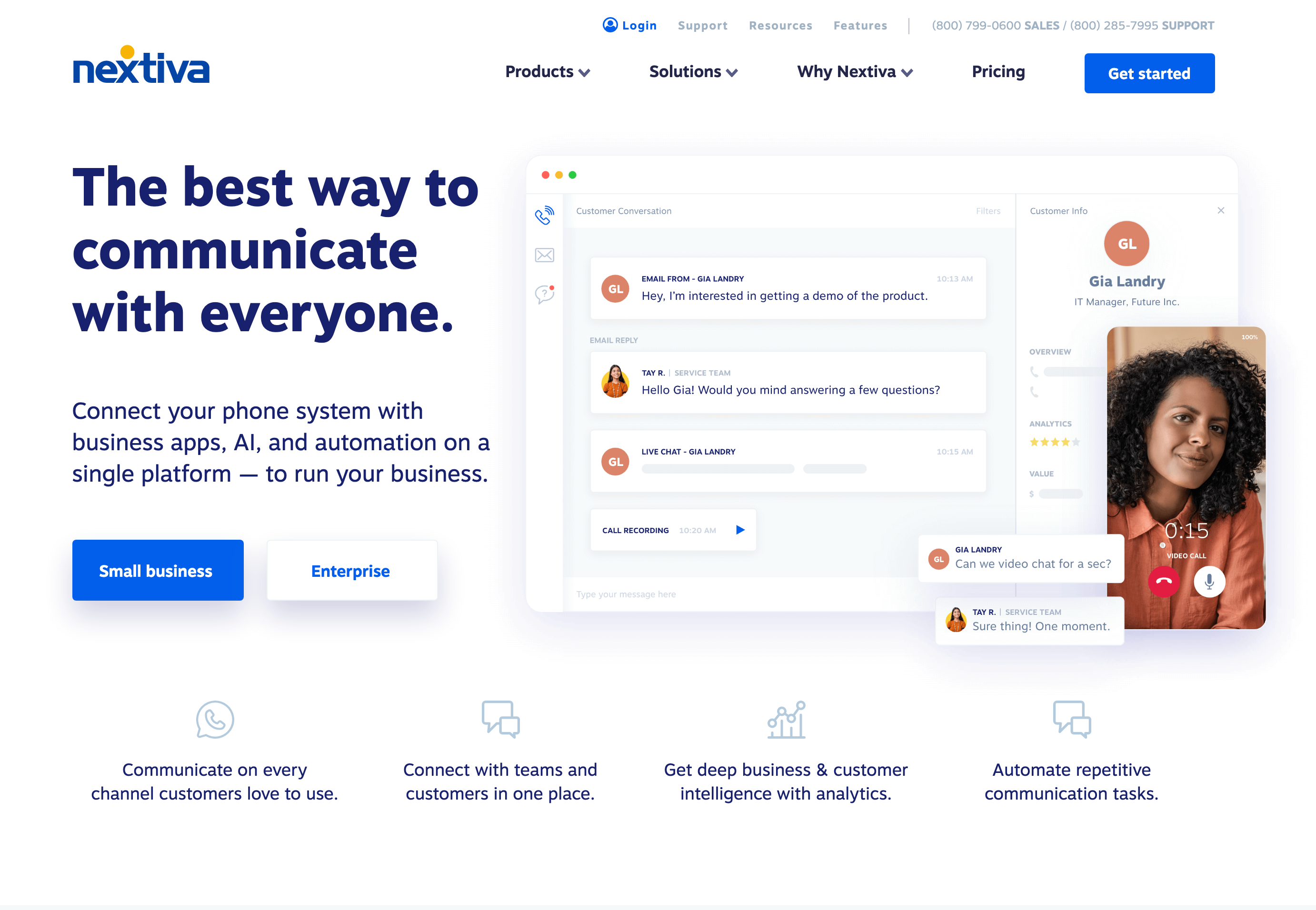 How to bootstrap to $200m+ in revenue

Alex Wilhelm hears from one startup founder who has taken a bit of an alternative approach to building a SaaS company. Here’s more:

Now north of $200 million in revenue, [Nextiva] is a quiet giant and, notably, has not taken venture capital funding along its path to scale. Chatting with CEO and co-founder Tomas Gorny, I got to dig a little under the skin of the company’s history. It goes a little something like this: After moving to California in 1996 at the age of 20, Gorny eventually founded a web hosting company in 2001 after working for tech companies during the dot-com boom. The web hosting company wound up selling to another company called Endurance International in 2007, which sold as a combined entity for around a billion dollars in 2011, later going public before being taken private last month for $3 billion — you can read this TechCrunch piece that mentions Endurance from 2010 for a bit of the historical record.

Gorny founded Nextiva in 2008, focused on what it describes today as “UcaaS,” or unified communications as a service. The startup grew to about $40 million in annual recurring revenue (ARR), at which point it ran into issues with a third-party system that would integrate hardware, and support and services software, which sparked a shift in its thinking. The company set out to build a platform.

Nextiva expanded horizontally, adding CRM software, analytics and other functionality to its broader suite as it scaled. And it grew efficiently; starting with money from its founding team, Gorny told TechCrunch that even if he had used someone else’s money, he would have built the company in the same manner. 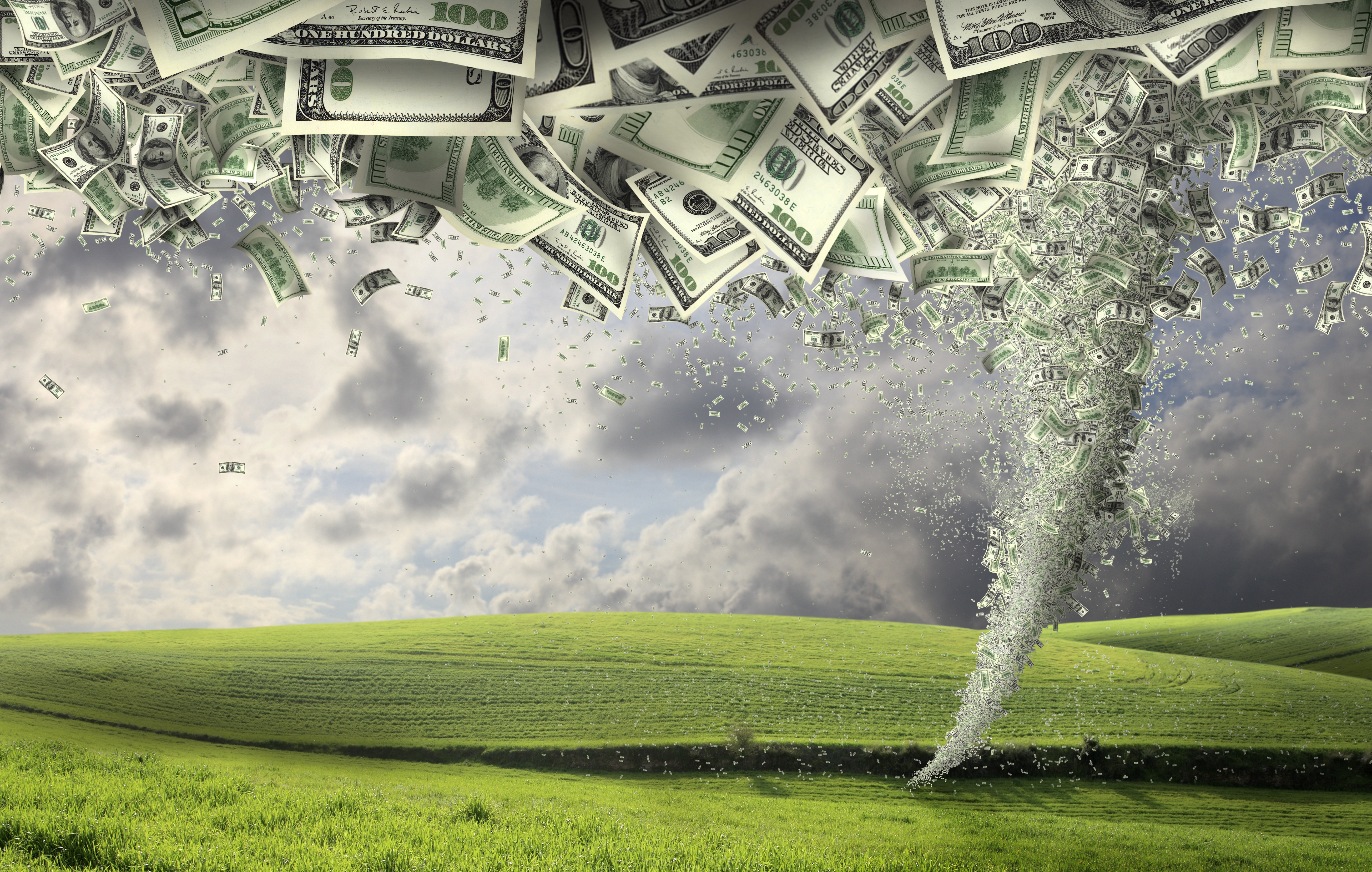 So why does TechCrunch cover so many early-stage funding rounds, anyway?

Here’s Natasha’s take, from a little explainer we did this week following some Twitter conversations:

The reason I love writing about tech and do the sometimes formulaic funding-round story is because I meet people who are crazy enough to bet their entire legacy on a napkin-stage idea. That’s the story, and the surprise and the tension. The dollar sign is just the first way in.

Having raised fundings that got covered in TechCrunch, and having written many many funding round articles over the year, I agree. The funding round is often the only way to prove that you have traction, if you are trying to get more attention. 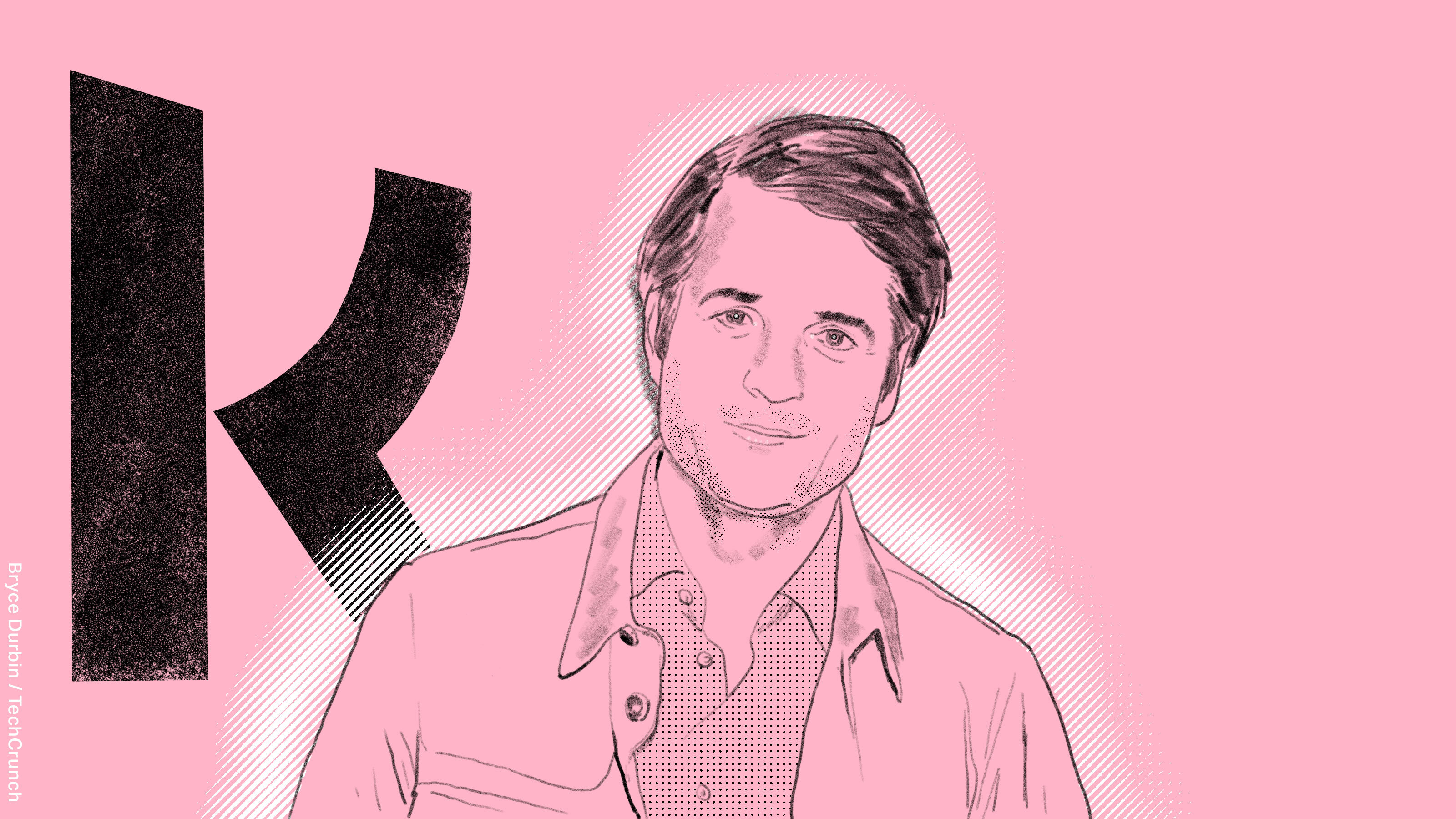 Swedish fintech decacorn Klarna pioneered new ways for users to buy online without credit cards over the decade, and is now battling rivals large and small across the world. How did it all happen? Steve O’Hear sits down with founder Sebastian Siemiatkowski for an exclusive in-depth interview that Extra Crunch subscribers have been eating up this week. Here’s his description:

In a wide-ranging interview, Siemiatkowski confronts criticisms head on, including that Klarna makes it too easy to get into debt, and that buy now, pay later needs to be regulated. We also discuss Klarna’s business model and the balancing act required to win over consumers and keep merchants onside.

We also learn how, under his watch and as the company began to scale, Klarna missed the next big opportunity in fintech, instead being usurped by Adyen and Stripe. Siemiatkowski also shares what’s next for the company as it ventures further into the world of retail banking after gaining a bank license in 2017.

One of the drawbacks that we had at the company was that none of the three co-founders had any engineering background; we couldn’t code. We were connected to five engineers that by themselves were amazing engineers, but we had a slight misunderstanding. Their idea was that they were going to come in, build a prototype, ship it, and then leave for 37% of the equity. Our understanding was that they were going to come in, ship it, and if it started scaling they would stay with us and work for a longer period of time. This is the classic mistake that you do as a startup. 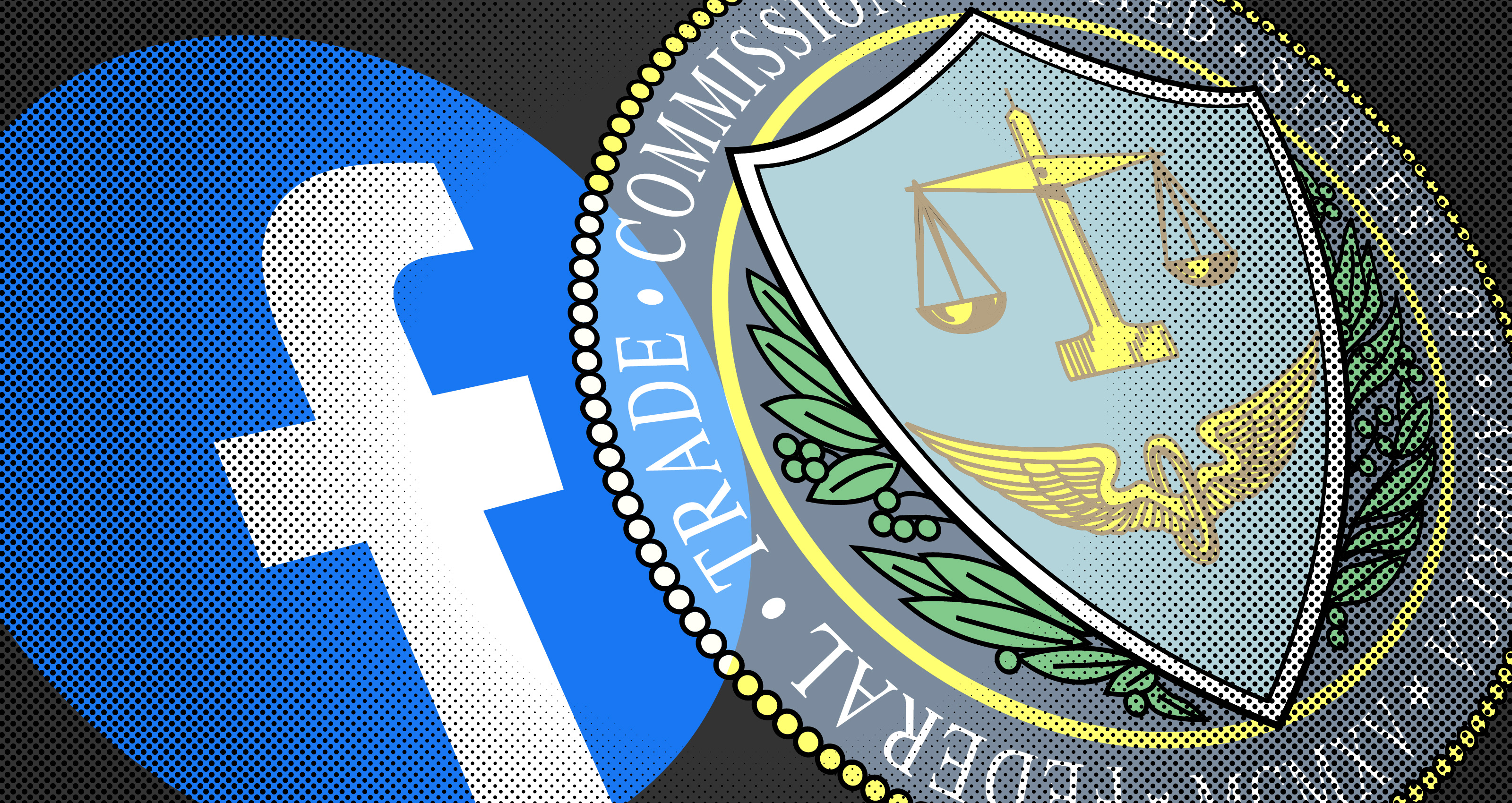 It seems that the US government has finally had enough of Facebook’s aggressive expansion and acquisition practices. After years of light regulation, the Federal Trade Commission and, separately, 49 state attorneys general are suing to break up social networking company. You can find lots of commentary about the details on TechCrunch and elsewhere.

But here’s my take for you to remember, as you watch headlines about this continue into next year: Facebook was always ready. I covered the company closely during its early years, and even back then it was talking about being the operating system for the internet, like Microsoft Windows was for desktop. The implied and whispered goal was to get as big as possible before regulations inevitably hit, like what Microsoft did. Here we are, with Facebook in a leading market position, with a massive army of lawyers who have been preparing for years. Without getting further into the lawsuits or political landscape where it’s all happening… I don’t expect a breakup. But maybe new restrictions on acquisitions or something could limit growth potential? Its big wins this decade have been from acquisitions.

One boring scenario I don’t see discussed much is simply that its products remain the phone book of the era for much of the world. Somewhat regulated this way or that way in various jurisdictions and banned outright in some — and very big and successful still.

Hear the latest from Kayhan Space and Firehawk Aerospace at TC Sessions: Space

Give the gift of Extra Crunch for 25% off

Survey: Americans think Big Tech isn’t so bad after all

Macron promotes European tech ecosystem in an interview with Zennström

What to expect while fundraising in 2021

China watches and learns from the US in AR/VR competition

Is 2020 bringing more edtech rounds than ever, or does it simply feel that way?

What a week, yeah? Instead of the news cycle slowing as the year races to a close, things are still as hot as ever. We have funding rounds big and small, IPOs, first-day extravaganza and more.

Luckily we had the whole crew around — Chris and Danny and Natasha and me. Here’s the rundown:

And that’s that! If you aren’t tired, have you even been paying attention?

Equity drops every Monday at 7:00 a.m. PST and Thursday afternoon as fast as we can get it out, so subscribe to us on Apple Podcasts, Overcast, Spotify and all the casts.