Harry Destecroix co-founded Ziylo while studying for his PhD at the University of Bristol. Ziylo, a university spin-out company, developed a synthetic molecule that binds to glucose in blood. Four years later, and by then a Phd, Destecroix sold the company to Danish firm Novo Nordisk, one of the biggest manufacturers of diabetes medicines, which had realized it could use Ziylo’s molecule to unlock a ‘smart’ insulin. The deal has been estimated to be be worth over $800m..

Destecroix is now embarking on a project, “Science Creates”, to repeat the exercise of creating deep-tech, science-based startups, and it will once more be based out of Bristol.

To foster this deep tech ecosystem it will offer a specialized incubator space able to house Wet Labs, a £15 million investment fund and a network of strategic partners to nurture science and engineering start-ups and spin-outs.

The Science Creates hub, in partnership with the University of Bristol and located in the heart of the city, is aspiring to become a sort of ‘West Coast’ for England, and the similarities, at least with an earlier version of Silicon Valley, are striking.

The Bay Area of old was cheaper than the East Coast of the US, had a cornerstone university, access to capital, and plenty of talent. Bristol has all that and for capital, it can access London, less than 90 minutes by train. But what it’s lacked until now is a greater level of “clustering” and startup-focused organization, which is clearly what Destecroix is planning to fix.

In a statement for the launch, he explained: “Where a discovery is made has a huge bearing on whether it’s successfully commercialized. While founding my own start-up, Ziylo, I became aware of just how many discoveries failed to emerge from the lab in Bristol alone. No matter the quality of the research and discovery, the right ecosystem is fundamental if we are going to challenge the global 90% failure rate of science start-ups, and create many more successful ventures.”

Science Creates is be grown out of the original incubator, Unit DX, that Destecroix set up in collaboration with the University of Bristol in 2017 to commercialize companies like his own. 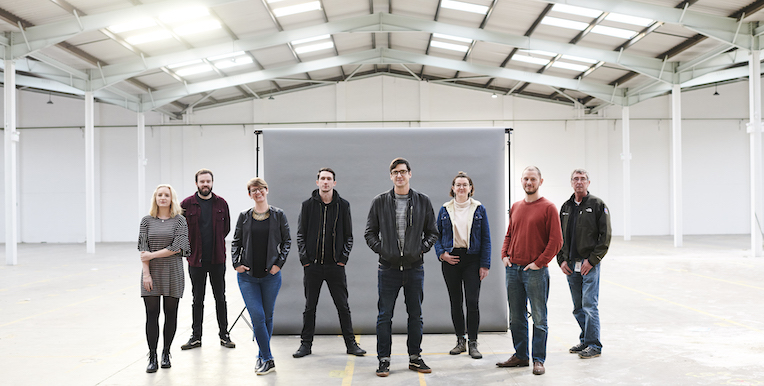 The ‘Science Creates ecosystem’ will comprise of:

Science Creates Incubators: Unit DX houses 37 scientific and engineering companies working on healthtech, the environment and quality of life. The opening of a second incubator, Unit DY, close to Bristol Temple Meads train station, will mean it can support 100 companies and an estimated 450 jobs. The Science Creates’ physical footprint across the two units will reach 45,000 sq ft.

Science Creates Ventures: This £15 million EIS venture capital fund is backed by the Bristol-based entrepreneurs behind some of the South-West’s biggest deep tech exits.

Science Creates Network: This will be a portfolio of strategic partners, mentors and advisors tailored to the needs of science and engineering start-ups.

Destecroix is keen that the startups nurtured there will have more than “Wi-Fi and strong coffee” but also well-equipped lab space as well as sector-specific business support.

He’s betting that Bristol, with its long history of academic and industrial research, world-class research base around the University of Bristol, will be able to overcome the traditional challenges towards the commercialization of deep tech and science-based startups.

Professor Hugh Brady, Vice-Chancellor and President at the University of Bristol, commented: “We are delighted to support the vision and help Science Creates to build a thriving deep tech ecosystem in our home city. Great scientists don’t always know how to be great entrepreneurs, but we’ve seen the impact specialist support can have in helping them access the finance, networks, skills, and investment opportunities they need. Working with Science Creates, we aim to support even more ground-breaking discoveries to progress outside the university walls, and thrive as successful commercial ventures that change our world for the better.”

Ventures in Unit DX so far include:
– Imophoron (a vaccine tech start-up that is reinventing how vaccines are made and work – currently working on a COVID vaccine)
– Cytoseek (a discovery-stage biotech working on cell therapy cancer treatment)
– Anaphite (graphine-based science for next gen battery technology).

In an exclusive interview with TechCrunch, Destecroix went on to say: “After my startup exited I just got really interested in this idea that, where discovery is actually founded has a huge bearing on whether something is actually commercialized or not. The pandemic has really taught us there is a hell of a lot more – especially in the life sciences, and environmental sciences – that has still yet to be discovered. Vaccines are based on very old technology and take a while to develop.”

“Through this whole journey, I started trying to understand it from an economic perspective. How do we get more startups to emerge? To lower those barriers? I think first of all there’s a cultural problem, especially with academically-focused universities whereby entrepreneurship a dirty word. I had to go against many of my colleagues in the early days to spin out, then obviously universities own all the IP. And so you’ve got to go through the tech transfer office etc and depending on what university you are at, whether it’s Imperial, Cambridge or Oxford, they’re all different. So, and I put the reason why there were no deep terch startups in Bristol down to the fact that there was no incubator space, and not enough investment.”

“I’ve now made about 14 angel investments. Bristol has now catapulted from 20th in the league tables for life sciences to six in the country in the last three years and this is largely due to the activities that we’ve been helping to encourage. So we’ve helped streamline licensing processes for the university, and I’ve helped cornerstone a lot of these deals which has resulted in a wave of these technology startups coming in.”

“I thought, now’s the time to professionalize this and launch a respectable Bristol-based venture capital firm that specializes in deep technologies.”