Wellory, a startup that bills itself as taking an “anti-diet approach” to nutrition and wellness, is announcing that it has raised $4.2 million in funding.

The round was led by Story Ventures, with participation from Harlem Capital, Tinder co-founders Sean Rad and Justin Mateen, Ground Up Ventures, NBA player Wayne Ellington, Hannah Bronfman and others.

Wellory founder and CEO Emily Hochman (who was previously the head of customer success at WayUp) told me that she struggled with dieting in college, to the point where she was risking chronic illness and infertility. As a result, she became determined to gain a better understanding of nutrition and her own health, eventually studying and becoming a certified health coach at the Institute for Integrative Nutrition.

Hochman said that through Wellory, she wants to offer that same understanding to others, which she said has created a “managed marketplace” matching users with a licensed nutritionist, registered dietitian or certified health coach. Those coaches create a personalized plan for losing weight or achieving other health goals, then continue to provide feedback as users share photos of each meal and additional health data.

For example, she said that a customer who had just given birth and was interested in postpartum weight loss would get matched with a coach who specializes in that area.

“The thing that is so important is that we build personalized plans,” she added. “We don’t have anything that says, ‘At Wellory, we do these 10 things and that’s a standard diet.’ We’re actually going to help you learn how to make smart and healthy decisions.” 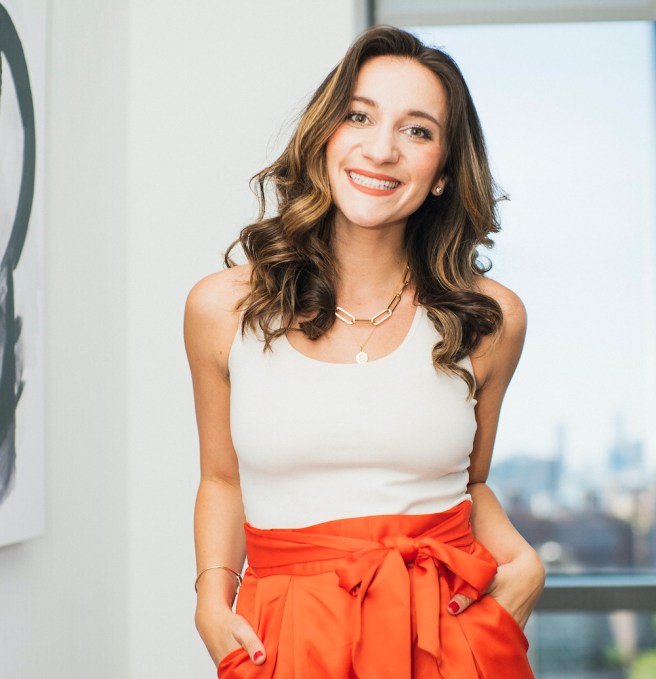 Wellory officially launched in September, but Hochman said some beta testers have been using the service for nine, 10 or 11 months. She said early customers include people who are interested in weight loss, those who need nutrition advice due to chronic illness and “optimizers” who simply want to make sure they’re eating as healthily as possible.

She also noted that although customers usually sign up with a specific goal in mind, “once they hit their goal, because of the power of a strong relationship, they say, ‘I don’t want to go back to where I was, let’s keep building, let’s make sure I can sustain this.’ ”

The app is available on iOS and Android and currently costs $59.99 per month. Hochman plans to introduce additional pricing tiers. and she said the funding will allow Wellory to expand the technology and marketing teams, and to explore new partnerships.

“As a data technology investor, we get approached by different types of wearable or diagnostic companies nearly every week,” said Jake Yormak of Story Ventures in a statement. “We love the category but what we saw in Wellory was a way to put a human coach at the center of understanding this health data. With nutrition as the wedge, Wellory has built a trusted relationship with people who affirmatively want to better understand and improve their wellbeing.”