Hello and welcome back to The Station, a newsletter dedicated to all the present and future ways people and packages move from Point A to Point B.

For all my American readers, I hope you’re happy and satiated from the Thanksgiving holiday in this oddest of years. My hope for all Station readers, no matter where you reside, is a safe and healthy remainder of the year (and beyond!). While I took some time off last week, the news wheel kept on turning. A few items got my attention last week, notably an EY study that examined how views on public transit, mobility as a service and car ownership are changing due to COVID-19. Let’s get reading!

Email me anytime at kirsten.korosec@techcrunch.com to share thoughts, criticisms, opinions or tips. You can also send a direct message to me at Twitter — @kirstenkorosec.

Lime is adding another 1,000 scooters in San Francisco, an action it is able to take because the company also holds Jump’s permit in the city. For those who might have forgotten, Lime now owns Jump through a complex deal with Uber.

The company also released San Francisco scooter ridership data that shows how trip start and ends have moved outside of the downtown core and into neighborhoods like the Mission, Castro and Hayes Valley. Lime said this changing ridership pattern is consistent with its findings across the country, with more trips moving to residential neighborhoods since the COVID-19 pandemic swept across the globe.

CAKE, the Swedish maker of lightweight electric motorcycles, and the European battery supplier Northvolt have partnered to develop new battery cells for CAKE’s range of electric motorcycles. Research, development and testing will take place in 2021, with product slated to grace 2022 models.

Another day, another SPAC. Anyone else looking forward to a good old-fashioned S-1 filing?

Metromile, the pay-per-mile auto insurer, is credited with disrupting some of the inefficiencies of the auto insurance business model, notably how consumers are charged. Instead of a standard flat fee, the company charges customers based on their mileage, which it is able to measure via a device plugged into the vehicle.

That sounds like the kind of business model that might see an uptick in new customers during COVID pandemic times. And that did eventually happen. However, during the space between existing customers reducing their driving time and new drivers signing up with Metromile, the company was forced to lay off about one-third of its workforce.

The company has since recovered and now it’s taking the SPAC path to the public markets. Metromile plans to merge with special purpose acquisition company INSU Acquisition Corp. II, with an equity valuation of $1.3 billion. The company raised $160 million in private investment in public equity, or PIPE, in an investment round led by Chamath Palihapitiya’s firm Social Capital.

Metromile plans to use those proceeds to reduce existing debt and accelerate growth, specifically to hire employees to support its consumer insurance and enterprise businesses, and grow beyond its eight-state geographic footprint to a goal of 21 states by the end of next year, and nationwide coverage by the end of 2022.

For details on the Metromile SPAC head on over to my story. For a deeper dive into the insurance tech business, check out Alex Wilhelm’s article.

Manbang — described as the Chinese Uber for trucks — was formed in 2017 through a merger between rivals Yunmanman and Huochebang. The company’s app matches truck drivers and merchants transporting cargo and provides financial services to truckers.

Apparently, investors can’t get enough of these kinds of freight app businesses. Manbang is the latest example, with a $1.7 billion haul from Softbank Vision Fund, Sequoia Capital China, Permira and Fidelity, a consortium that co-led the round. Other participants were Hillhouse Capital, GGV Capital, Lightspeed China Partners, Tencent, Jack Ma’s YF Capital and more.

This is just two years after the company raised $1.9 billion. Manbang said it achieved profitability this year. Its valuation was reportedly on course to reach $10 billion in 2018. 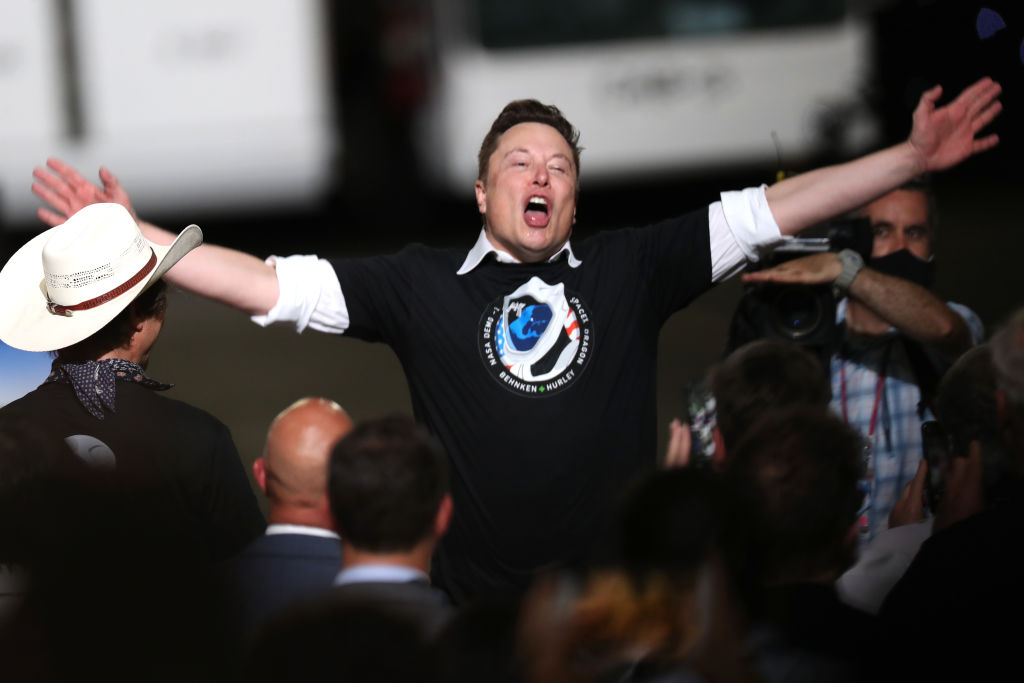 For Tesla, that is.

I’m sure you’re all aware, but in case you missed it, Tesla’s market cap surpassed $500 billion last week. As of today (Monday), it sits at $547 billion — a more than fivefold increase since the start of the year.

It’s likely that price will push higher thanks to its imminent inclusion on the S&P 500 Index. When Tesla joins the S&P 500 on December 21, it will be among the most valuable companies on the benchmark. Its weighting will be so influential that the S&P DJI is mulling whether to add the stock at the full float-adjusted market capitalization weight all at once or in two tranches.

Tesla’s addition to the S&P 500 isn’t just a symbolic nod. Joining the S&P 500 has real financial benefits, as investors that have index-tracked funds will be forced to buy shares. With share prices already popping, that will mean investors will have to sell other stocks to make room for Tesla.

The rise of the car

It’s nearing December, which means I’ve been — and will continue to be — flooded with year-end surveys, studies and forecasts for 2021.

One study from EY, which examined data from nine countries, suggests that mobility as a service (MaaS) is losing momentum to the car, truck and SUV.

And millennials are driving the trend. The 2020 EY Mobility Consumer Index, which surveyed more than 3,300 consumers across nine countries, found that 31% of people without a car intend to buy one in the next six months, and 45% of those will be millennials. The study also found that just 6% of non-car owners surveyed are looking to buy an all-electric vehicle.

More than three-quarters (78%) of respondents said they’re going to be more likely to use their cars for travel in a post-pandemic world with millennials making more than half of that number (52%), according to EY.

Meanwhile, public transport use is expected to decline by around 30%.

With more people buying cars and car usage expected to increase, this leaves policymakers with some very difficult questions to answer: How to accommodate all these cars on our roads aim for a more diverse mobility mix? How will this trend impact public transport investment? Quite simply, is this sustainable, and if not, what needs to be done and by whom?

Readers: What are your answers? Send them my way.

And finally, the news smorgasbord you’ve been waiting for.

Ford’s all-electric Mustang Mach-E has an estimated EPA range of between 211 miles to 300 miles, depending on the model. While the Mach-E matched Ford’s range target, it’s well under that found in competing vehicles.

Gatik, the autonomous vehicle startup focused on the “middle mile,” is expanding into Canada through a partnership with retail giant Loblaw. The company, which also announced $25 million in fresh funding, already uses its self-driving box trucks to deliver customer online grocery orders for Walmart.

Gatik is deploying five autonomous box trucks in Toronto to deliver goods for Loblaw starting in January 2021. The fleet will be used seven days a week on five routes along public roads. All vehicles will have a safety driver as a co-pilot. This deployment, which follows a 10-month pilot in the Toronto area, marks the first autonomous delivery fleet in Canada.

General Motors changed sides in a battle over whether states — and specifically California — can set tailpipe emissions regulations and other rules meant to mitigate climate change that are stricter than the federal government. The automaker said it will no longer back the Trump administration’s lawsuit to prevent California from setting its own rules.

GM dumps Trump to side with California in emissions rules fight

May Mobility, the autonomous shuttle startup backed by Toyota, has a new partnership with on-demand shuttle platform Via. (I missed this item in the last newsletter.) The aim is for the companies to combine their expertise to expand services to new cities in 2021. May Mobility will use Via’s fleet platform for booking, routing, passenger and vehicle assignment and identification, customer experience and fleet management of its autonomous vehicles.

Ola, Uber and other ride-hailing firms in India will be only able draw a fee of up to 20% on ride fares. The new rules are  a setback for the SoftBank-backed firms, which are already struggling to improve their finances in the key overseas market.

The guidelines, which for the first time bring modern-age app-based ride-hailing firms under a regulatory framework in the country, also put a cap on the so-called surge pricing, the fare Uber and Ola charge during hours when their services see peak demands, TechCrunch’s Manish Singh reports.