AWS today opened its re:Invent conference with a surprise announcement: the company is bringing the Mac mini to its cloud. These new EC2 Mac instances, as AWS calls them, are now generally available. They won’t come cheap, though.

The target audience here — and the only one AWS is targeting for now — is developers who want cloud-based build and testing environments for their Mac and iOS apps. But it’s worth noting that with remote access, you get a fully-featured Mac mini in the cloud, and I’m sure developers will find all kinds of other use cases for this as well.

Given the recent launch of the M1 Mac minis, it’s worth pointing out that the hardware AWS is using — at least for the time being — are i7 machines with six physical and 12 logical cores and 32 GB of memory. Using the Mac’s built-in networking options, AWS connects them to its Nitro System for fast network and storage access. This means you’ll also be able to attach AWS block storage to these instances, for example.

Unsurprisingly, the AWS team is also working on bringing Apple’s new M1 Mac minis into its data centers. The current plan is to roll this out “early next year,” AWS tells me, and definitely within the first half of 2021. Both AWS and Apple believe that the need for Intel-powered machines won’t go away anytime soon, though, especially given that a lot of developers will want to continue to run their tests on Intel machines for the foreseeable future.

The new Mac mini: The revival of the no-compromise, low-cost Mac

David Brown, AWS’s vice president of EC2, tells me that these are completely unmodified Mac minis. AWS only turned off Wi-Fi and Bluetooth. It helps, Brown said, that the minis fit nicely into a 1U rack.

“You can’t really stack them on shelves — you want to put them in some sort of service sled [and] it fits very well into a service sled and then our cards and all the various things we have to worry about, from an integration point of view, fit around it and just plug into the Mac mini through the ports that it provides,” Brown explained. He admitted that this was obviously a new challenge for AWS. The only way to offer this kind of service is to use Apple’s hardware, after all. 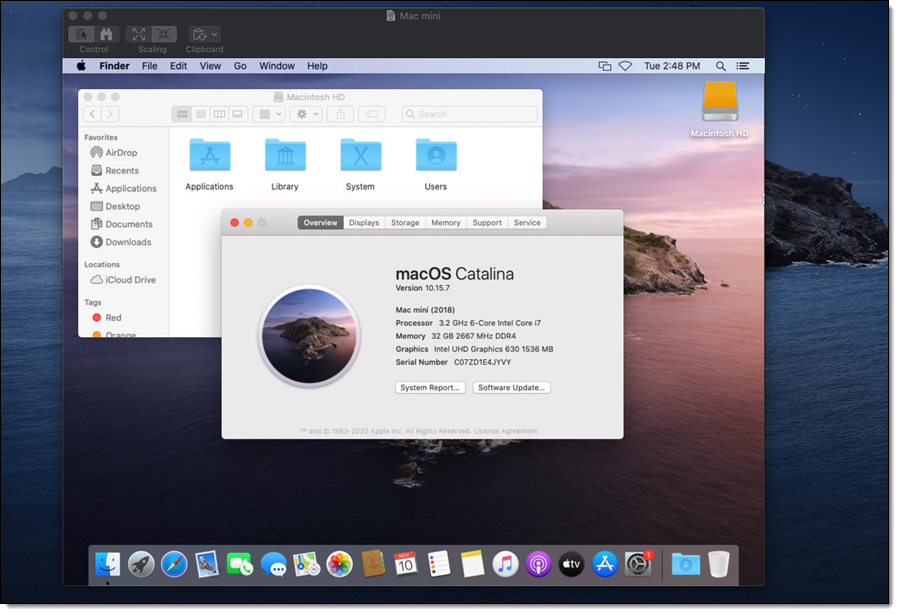 It’s also worth noting that AWS is not virtualizing the hardware. What you’re getting here is full access to your own device that you’re not sharing with anybody else. “We wanted to make sure that we support the Mac Mini that you would get if you went to the Apple store and you bought a Mac mini,” Brown said.

Unlike with other EC2 instances, whenever you spin up a new Mac instance, you have to commit [update: AWS PR argues that it’s not really pre-paying but committing] for the first 24 hours to get started. After those first 24 hours, prices are by the second, just like with any other instance type AWS offers today.

AWS will charge $1.083 per hour, billed by the second. That’s just under $26 to spin up a machine and run it for 24 hours. That’s quite a lot more than what some of the small Mac mini cloud providers are charging (we’re generally talking about $60 or less per month for their entry-level offerings and around two to three times as much for a comparable i7 machine with 32GB of RAM). 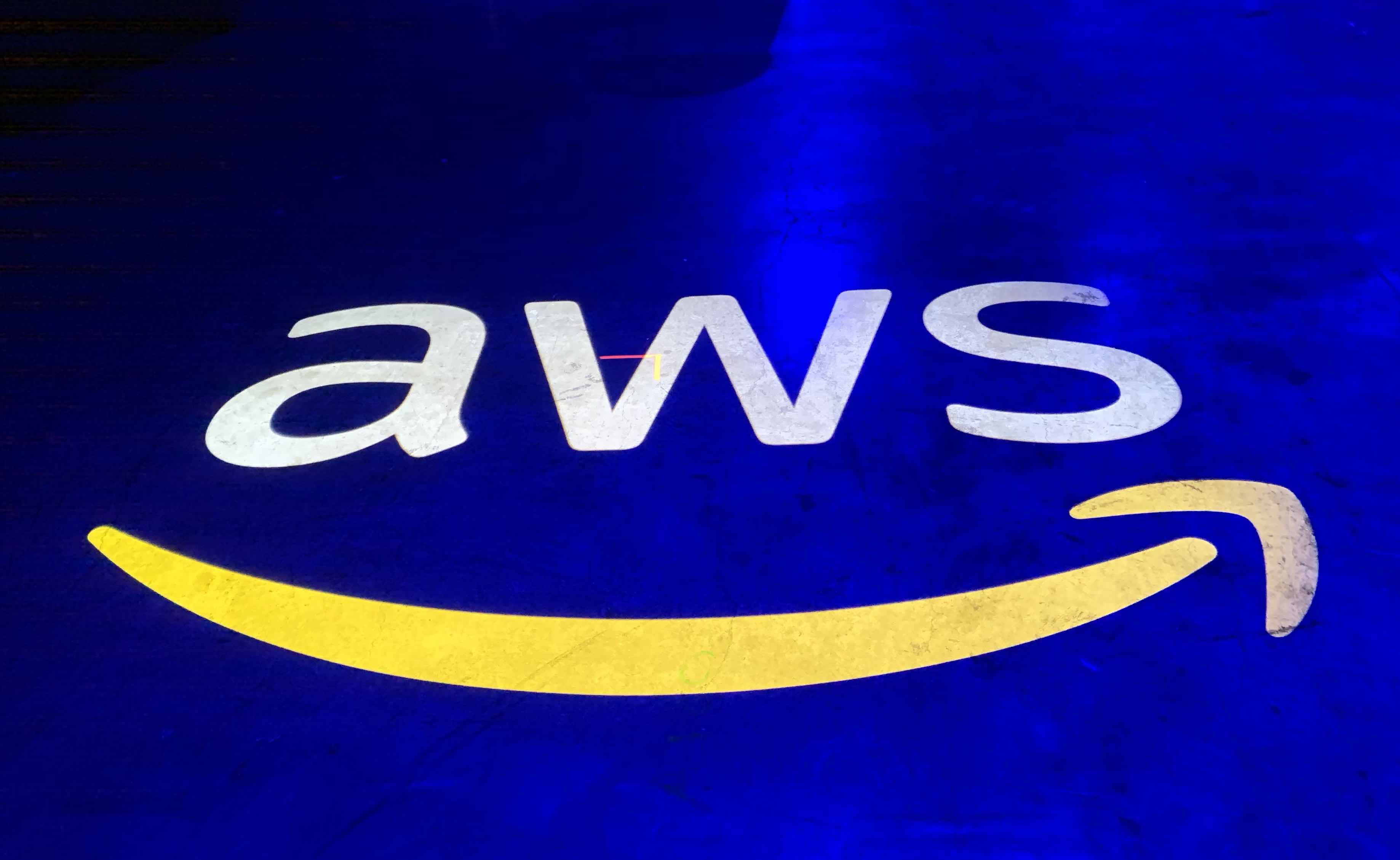 Until now, Mac mini hosting was a small niche in the hosting market, though it has its fair number of players, with the likes of MacStadium, MacinCloud, MacWeb and Mac Mini Vault vying for their share of the market.

With this new offering from AWS, they are now facing a formidable competitor, though they can still compete on price. AWS, however, argues that it can give developers access to all of the additional cloud services in its portfolio, which sets it apart from all of the smaller players.

“The speed that things happen at [other Mac mini cloud providers] and the granularity that you can use those services at is not as fine as you get with a large cloud provider like AWS,” Brown said. “So if you want to launch a machine, it takes a few days to provision and somebody puts a machine in a rack for you and gives you an IP address to get to it and you manage the OS. And normally, you’re paying for at least a month — or a longer period of time to get a discount. What we’ve done is you can literally launch these machines in minutes and have a working machine available to you. If you decide you want 100 of them, 500 of them, you just ask us for that and we’ll make them available. The other thing is the ecosystem. All those other 200-plus AWS services that you’re now able to utilize together with the Mac mini is the other big difference.”

Brown also stressed that Amazon makes it easy for developers to use different machine images, with the company currently offering images for macOS Mojave and Catalina, with Big Sure support coming “at some point in the future.” And developers can obviously create their own images with all of the software they need so they can reuse them whenever they spin up a new machine.

“Pretty much every one of our customers today has some need to support an Apple product and the Apple ecosystem, whether it’s iPhone, iPad or  Apple TV, whatever it might be. They’re looking for that bold use case,” Brown said. “And so the problem we’ve really been focused on solving is customers that say, ‘hey, I’ve moved all my server-side workloads to AWS, I’d love to be able to move some of these build workflows, because I still have some Mac minis in a data center or in my office that I have to maintain. I’d love that just to be on AWS.’ ”

“EC2 Mac instances, with their familiar EC2 interfaces and APIs, have enabled us to seamlessly migrate our existing iOS and macOS build-and-test pipelines to AWS, further improving developer productivity,” said Pratik Wadher, vice president of Product Development at Intuit. “We‘re experiencing up to 30% better performance over our data center infrastructure, thanks to elastic capacity expansion, and a high availability setup leveraging multiple zones. We’re now running around 80% of our production builds on EC2 Mac instances, and are excited to see what the future holds for AWS innovation in this space.”

The new Mac instances are now available in a number of AWS regions. These include US East (N. Virginia), US East (Ohio), US West (Oregon), Europe (Ireland) and Asia Pacific (Singapore), with other regions to follow soon.