Hacker houses are making a comeback for entrepreneurs as remote work drags on. While founders are adapting to quarantine in style, a group of college women in their 20s aren’t waiting until they are done with undergraduate work to plunge into the lifestyle themselves.

Started by college juniors Coco Sack and Kendall Titus, Womxn Ignite is a house for female and nonbinary college undergraduates studying computer science. The idea was born out of Sack and Titus’s exhaustion with remote school at Yale and Stanford respectively. After too many boring Zoom lectures, they took gap semesters and searched for a productive way to spend their time off.

“There are a lot of [programs] that target younger women to get them into coding in high school, and there [are] a lot of syndicates and founder groups for women late into their careers,” Titus said. “But there was nothing for anyone in the age range of 20 to 25 where you’re trying to find your way, raise your voice and hold your ground.”

So, they started their own program, Womxn Ignite. The duo rented out a wedding resort space in California and searched for other women who would be willing to take a gap year and experience the lifestyle. As over 40% of students consider a gap year, the demand became apparent very fast: Over 500 people applied for a spot in the house and just 20 were chosen.

The program is organized as a live-in incubator. Participants are sorted into teams based on their interest areas and are then pushed to solve a certain problem.

To do so, teams go through a variety of mentor sessions. On Mondays, Tuesdays and Thursdays, Womxn Ignite sets up mentorship sessions from a revolving base of female entrepreneurs. There are also guest speaker talks sprinkled throughout the week for high-profile entrepreneurs, including Melinda Gates and Bumble’s Whitney Wolfe Herd.

At the end of each week, a team gives a presentation on their progress around problem statements, solution, customer validation and product development.

Titus says that the goal is not for everyone to come out with a company, but instead to leave with more people in your network and ideas on how to approach starting your business. One participant is writing a TV show about being a Black woman in tech; another is creating a company meant to make programs like Womxn Ignite easier to launch at scale.

Time in between those sessions is largely spent on team-based collaboration and networking. There are themed dinners and “platonic date nights” where participants are paired up and encouraged to explore the area or do an activity together to get to know one another. On weekends, women are invited to talk about their niche obsessions, whether it’s the ethical concerns of facial recognition or materials at the nanoscale.

Titus and Sack say that they charge no more than $5,000 for entrance into the program, but over half of participants are on scholarships given by unnamed investors.

Diversity of a cohort matters when trying to create a community that will systemically empower women of all backgrounds. The first Womxn Ignite cohort was mostly white, but included Black, LatinX, Middle Eastern and Asian Indian participants. They all came from top-tier schools, including Stanford, Yale, Georgetown, Columbia, Harvard, Dartmouth and MIT. 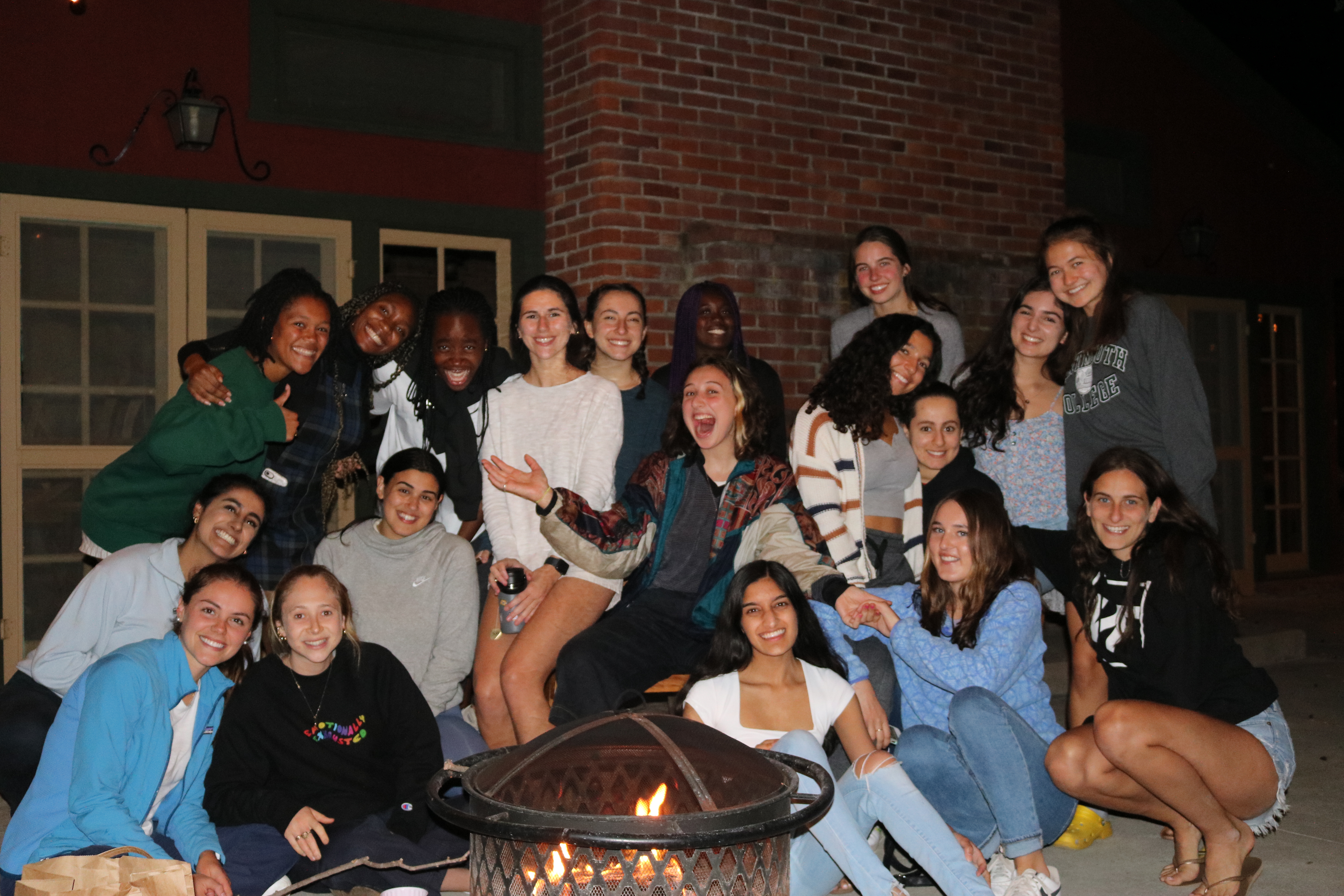 The community of women aren’t focused on classic accelerator tropes like demo days or first checks, simply because of the stage of life they are in (the majority will return to school in some capacity). Instead, the program ends with an optional-ask contract: Will each participant dedicate 1% of their annual income for the next five years to a syndicate fund? So far, most have signed yes, the co-founders said.

“That number will hopefully grow,” Titus said. “We’ll have pooled what we can [and] collectively think about how we want to spend and invest to help elevate other female founders like ourselves.”

Clara Schwab, a participant in Womxn Ignite, said that the contract will help women get more involved in venture capital, a male-dominated field, earlier in their careers.

“I don’t know any other environment or situation in which myself and 19 other really talented and smart and ambitious women, who are all interested in tech … we come together and like, discuss such a thing,” she said.

The co-founders plan to host another cohort in February and then focus on building out a digital community for the participants.