I never thought I’d need a pair of serious noise-canceling headphones. I don’t mind hours of droning white noise on international flights and generally don’t like feeling like my head’s been locked in an airless tomb, so I’ve always used open headphones that let ambient sound in. But 2020 broke me.

I’ve always preferred the hushed, mild chatter of a co-working space to the distractions of home (no offense to my wife who has to be on Zoom all day, every day!). Stranded without the productivity-inspiring hum of a lot of people doing their own thing in one space together, I suddenly needed quiet in a serious way. And I was ready to invest in it.

We’ll focus on over-ear headphones here because if you need the absolute best noise canceling money can buy, chunky ear-hugging headphones are always going to blow earbud-style options out of the water. And after you listen to any of these picks, you’ll agree with us when we say the same goes for sound quality. 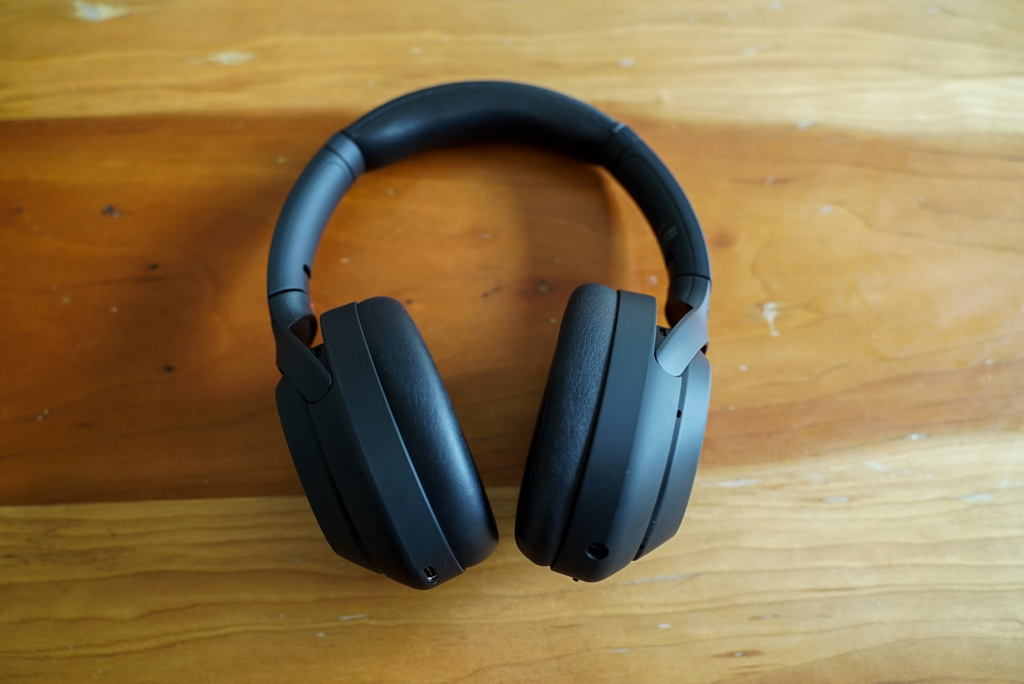 Sony’s line of premium wireless over-ear active noise-canceling headphones has been regarded as the crème de la crème for a minute now, and that title is very well-deserved. At $350, Sony’s new Sony WH-1000XM4s aren’t cheap, but from the quality hard-sided case to the solid build quality, you’ll definitely get what you paid for here. Full disclosure: The previous generation of these headphones are what I opted for back in the beginning of the pandemic and I’ve recommended them to many friends with similar needs since.

The sound quality on these is a joy. If you’re the kind of audiophile that wouldn’t be caught dead in a serious listening session wearing white earbuds, you’re in for a treat. Set-up on the Sonys was painless and the app is actually useful, providing fine-tuned EQ adjustments, sound profiles and a slider that dials the intensity of the noise canceling up or down, though cupping your hand over the earphone also allows ambient sound to pass through. These headphones also went loud if you’re a fan of listening to big music at full volume (I am).

This pair of headphones does a lot of things right. The music quality is excellent, the noise canceling is eerily good, even with no music playing. A few little quality of life perks makes this pair even more appealing than its already very appealing predecessor (the previous version now makes for a great value). Something very subtle also seems to have changed with the fit here, and the M4s did feel less pinchy on the top of my head than the M3s. Sony also added multi-device pairing and a new ear-detection sensor with this generation so they pause automatically when you remove them, which I personally find to be a totally necessary feature. Sony also improved the call quality for the M4s, but it isn’t their strong suit.

Other strikes against the Sony WH-1000XM4s? There aren’t many, but these headphones, like most in their class, are kind of heavy. You probably can’t wear them for five hours at a time without wanting to take a little break, but they work really well for hourlong bursts of total silence when you really need to put your head down at work. If you aren’t a fan of Sony’s characteristically punchy, bass-forward sound, you might look elsewhere. They have a classic chunky over-ear headphone design, which probably won’t excite anybody, but it’s still a good look. And if you’re someone who plans to take long calls on their over-ear headphones, you might want to look elsewhere.

If you need absolute top-tier noise canceling to drown out whoever you’re sharing your makeshift office with these days, this is the pair of headphones you want. The fact that music sounds so incredible is just icing on the cake. 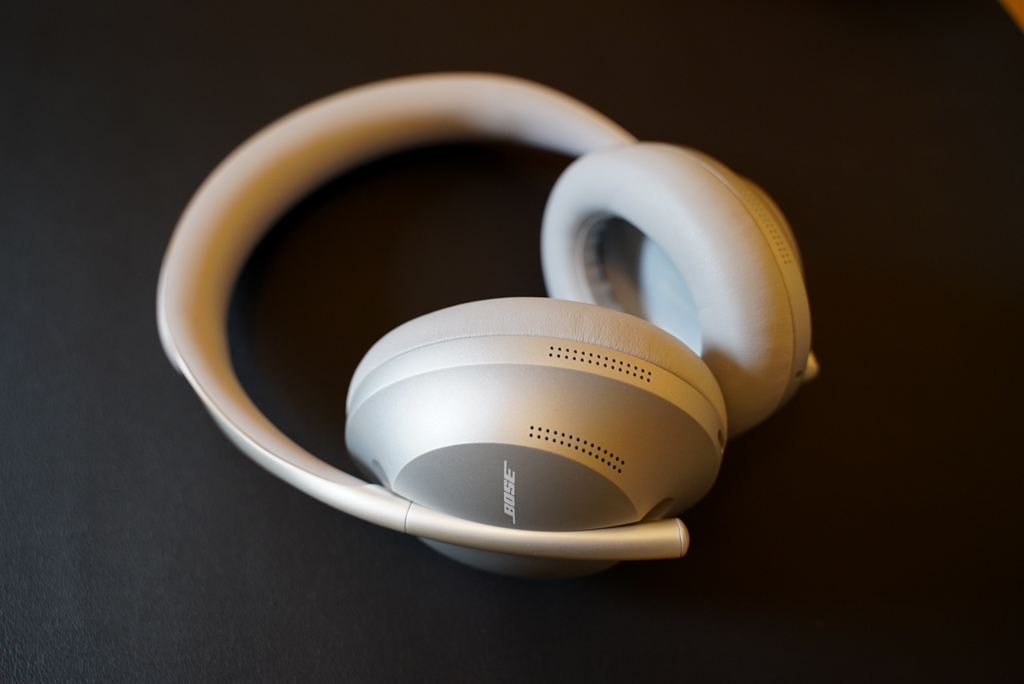 Between this pair of headphones and the Sonys, anyone who doesn’t mind the sensation of over-the-ear headphones should find something to like. The noise canceling on the Bose 700s is top-notch, offering Bose’s signature accuracy and crisp sound along with the ability to totally hush the world around you.

These sounded great for a feature-rich pair of wireless do-it-all headphones. Bose’s neutral, clean sound is lighter on the bass than Sony and feels slightly less vibrant, but if you’ve liked Bose headphones in the past you’ll probably be more than happy here too.

The Bose pair is a bit of a departure from the norm, design-wise. Rather than extending in the middle of the headband, this pair has a kind of stalk on the side of the earcup that slides up or down. The sizing mechanism probably isn’t going to make or break the headphones for anybody, but it does give them a different look, feel and balance when compared to traditional, chunkier designs. Touch controls were very responsive and you can toggle between noise-canceling modes using a set of mirrored buttons on the earcup. They also get a respectable 20 hours of battery life, which is really quite a lot, though 10 hours less than the Sony pair if extreme longevity is a concern. 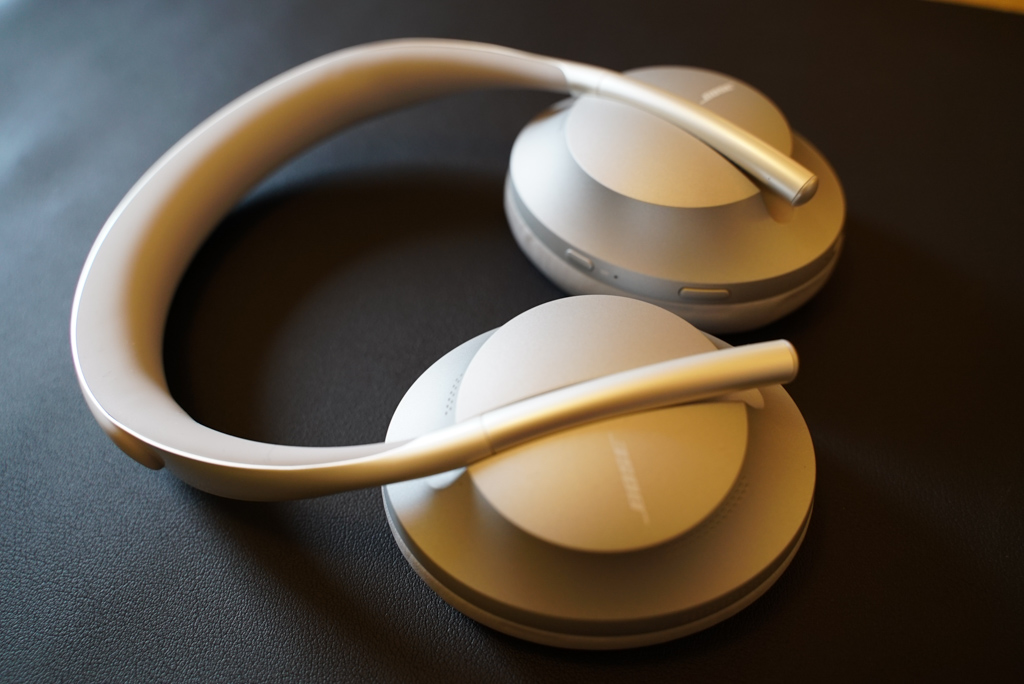 Set-up was a little rocky with these as I thought they sounded muddy and awful, but really they just needed a firmware update. Unfortunately, Bose requires you to sign up for an account to use the app and set up your headphones, which is silly and really off-putting, but ultimately probably not a meaningful hurdle for most people. I also got an error message with a second firmware update the app prompted me to download and had to mess around with things to get them to connect again, which was annoying, but did resolve eventually. Without that update I wasn’t able to make EQ adjustments, so be sure to check that if yours don’t ship with the latest update. It’s worth noting that you don’t get full EQ sliders after the update, just bass, mids and treble. That’s either going to bug the hell out of you or be a total non-issue.

The Bose 700s cost $340 now on Bose’s website, with a light “soapstone” color variant marked down to $300. If you’re not into standard black headphones and would prefer some lighter options this is probably a great option. We tested a silver review unit that had a kind of futuristic vibe, paired with the smooth, matte material on the headband. Bose’s pair is sleek and modern, offering something a bit more eye-catching, especially in its non-black color variations.

If you’re using your noise-canceling headphones for frequent phone calls, this Bose pair is well-regarded in terms of its mic and call quality, though the new Sony pair has made strides there too. Both the Bose pair and the Sonys come with an aux cable to extend their use beyond the already impressive battery life that each boast. Both also connect to Alexa, Google Assistant and Siri if you’re the spoken commands type. 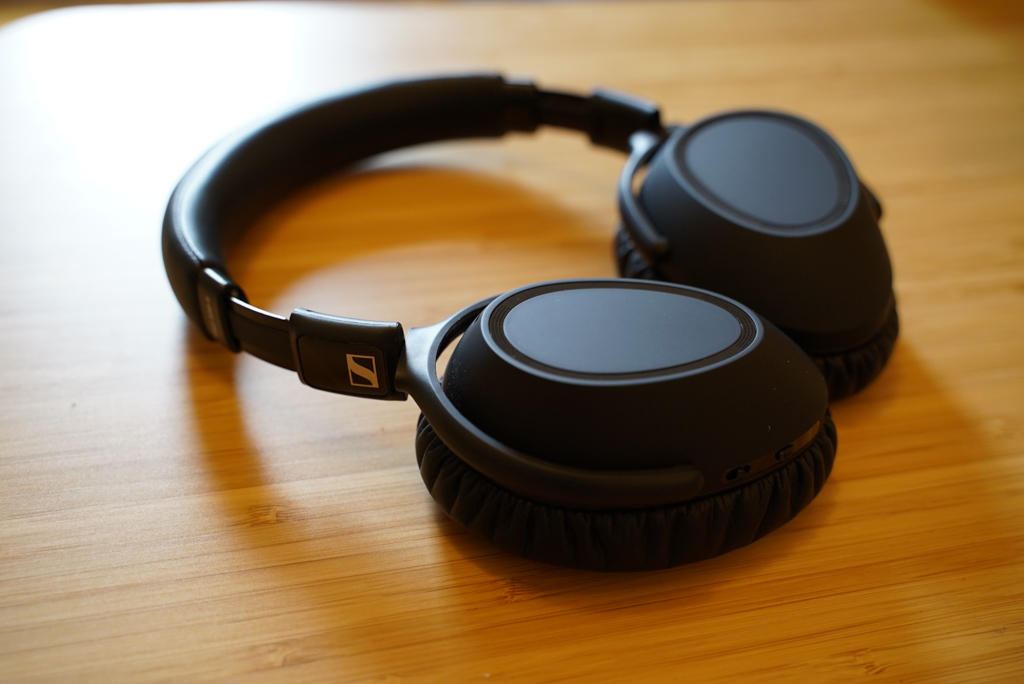 Sennheiser’s PXC-550 II might not be vying for the title of absolute premium noise-cancelingest headphones, but they emerged as a dark horse in our testing. Like the others on this list, Sennheiser’s noise-canceling headphones are wireless with an over-ear design, but that’s where the similarities end.

While the Bose and Sony pairs feel expensive and substantial, the Sennheiser PXC 550-IIs are relatively plasticky — but that might actually be a good thing. The noise canceling here is totally adequate for normal needs, but not top-of-the-line extreme like the other two picks. It mutes background noise within reason rather than transporting you to an eerily totally silent realm, and that’s probably sufficient for a lot of people. The sound quality is notably good for the lower price range ($200 from Sennheiser, at the time of writing), defined by Sennheiser’s signature clean, clear style. If you’ve liked Sennheiser sound in the past, you’ll like it here.

Where the Sennheisers really shine is day-to-day use. I found myself reaching for this pair more often than not during my testing, which was surprising given that I have quite a few higher-end pairs of headphones laying around. The reason? For one, they are made of plastic; they’re light and wearing them for very extended periods of time (many hours at once) was comfortable. Pairing and set-up was a breeze. 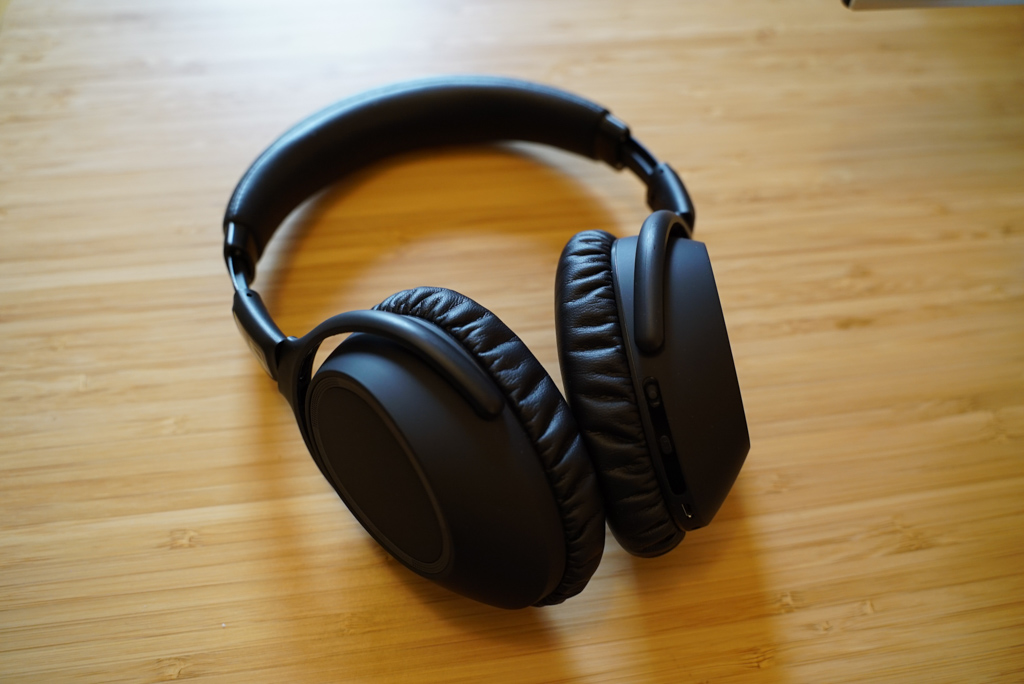 I was also surprised by how much I liked the mechanism for turning on the PXC 550-IIs: Rather than feeling around for a tiny button usually proximal to other tiny buttons, you can actually twist the headphones on and off with a satisfying click. I thought this would be a gimmick, but it’s super convenient and it feels nice to know your headphones won’t be burning any battery life by accident. There’s also a small battery indicator light that gives you an idea how much juice is left, a feature that might seem vestigial to some people but I personally found it super useful.

The knocks against the PXC 550-IIs? The less premium feel isn’t for everyone. They charge via an outdated micro-USB port, which is annoying because generally it meant toting around an extra cable. The headphones can also pair to more than one device at once, which is cool but did result in a British AI voice repeating “phone one connected, phone two connected” in a maddening monotone more than I cared for.

I’m not sure what it is about these Sennheisers, but I really fell in love with them. In spite of using a pair of Sony WH-1000XM3s as my day-to-day headphones, I’ll probably pick up a pair of these too, eventually. They’re just that charming — and for $150 less than our other picks, they’re a great value too.

If you can’t stand ear-hugging headphones, don’t fret — we’ve got some earbud-style noise-canceling recommendations coming soon. But if you’re open to big ol’ headphones and need top-notch noise canceling paired with incredible sound, none of these picks will disappoint.