The company offers three models: the Comfort for weekend leisure rides, the City for commuters and the XC for off-road enthusiasts. I got to spend some time with the City and took it on a quick grocery run to see what it could do.

The bike features a 250w geared hub motor with a max speed up to 20 MPH, pedal assist and throttle, front and rear lights, a locking removable battery that’s capable of 50 miles on a single charge, folding handlebar and pedals, puncture-resistant Goodyear tires, tire pressure sensors, an easy to read display with speed and power assist selector, disc brakes, Shimano Tourney 7 speed shifter, fenders, a rack and a handy dandy kickstand. All of that weighs in at just 45 pounds. 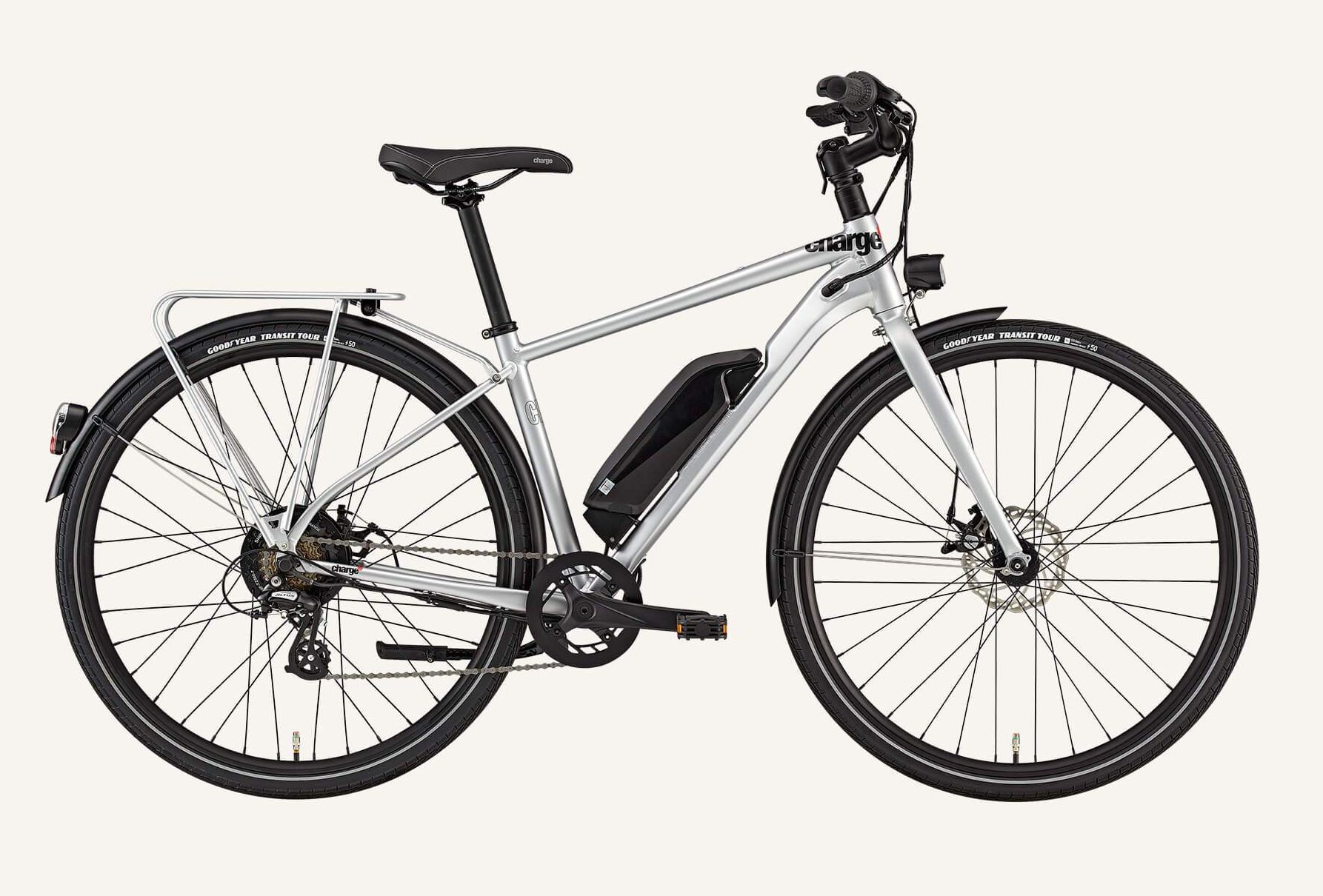 Unboxing was simple, and I was happy the company skipped the Styrofoam packing. I really like working with my hands and building things, but this was almost too easy. Just unfold the handlebar and pedals, attach the front wheel and adjust the seat post. Once you fill the tires with air and charge the battery, you’re ready to ride.

I started my ride on flat ground and mostly used the throttle at the highest setting — because, why not? The seat, grips and riding position were comfortable, and I could see myself easily riding for longer.

The foldable pedals felt strange. There was some flex and bowing, which made me think I might be losing some crank power going to the wheel. I was afraid I might break them. However, the foldable handlebar felt securely locked in and didn’t give me any worry. 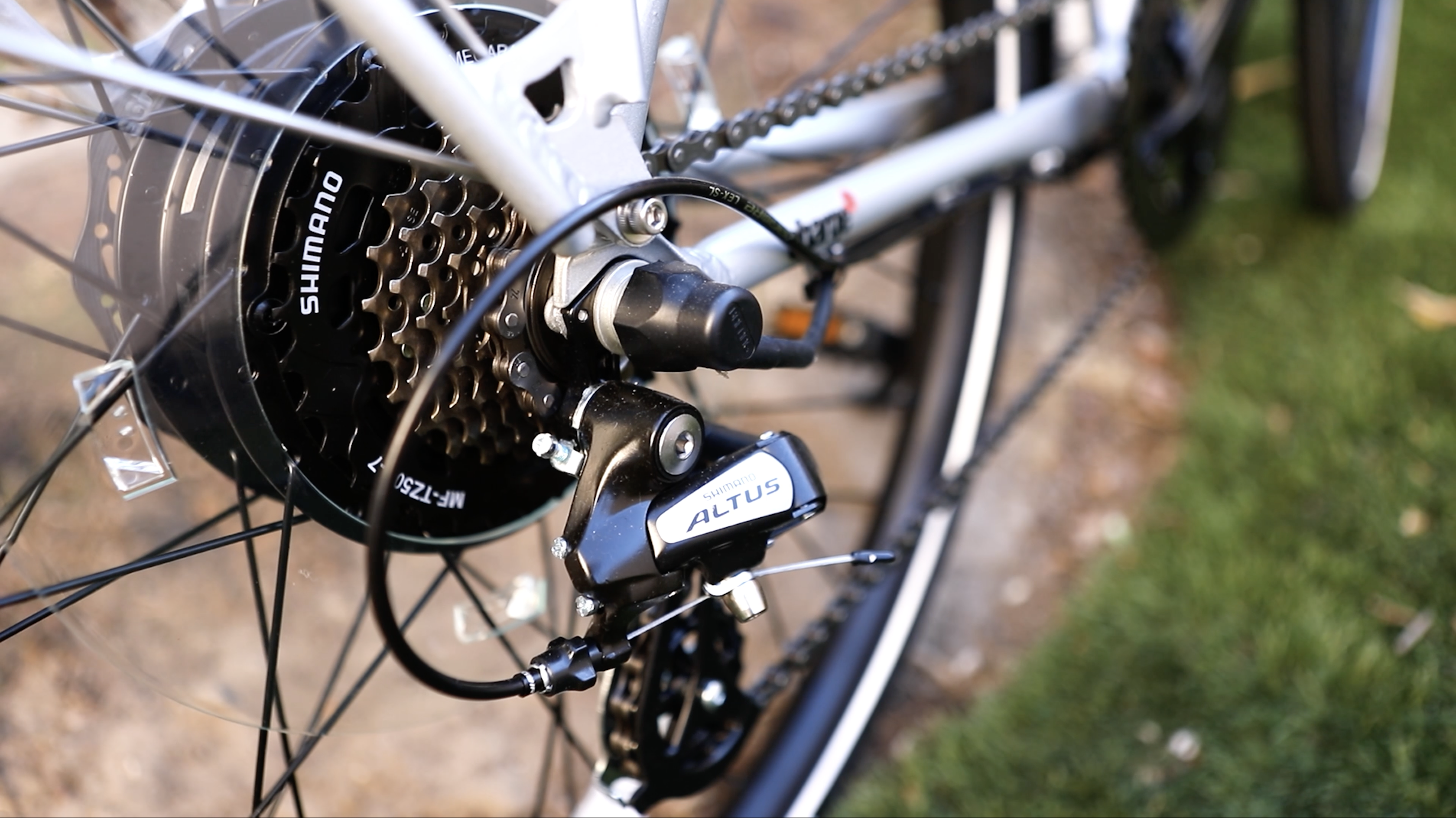 One of the company’s marketing messages — “Get there and back, no sweat” — didn’t ring entirely true, at least for me. While it’s plenty fast and assists great on flat land, it’s not the hill-flattening bike that I hoped it would be. We’ve got a lot of foothills out here in Oakland and my route to the local grocery store had several varying inclines. Some of the steepest had me cranking hard to make five miles an hour at assist level five.

It’s definitely better to have the electric power than not. I certainly wouldn’t attack any of these hills on my regular bike. I normally drive to this grocery store, but having an e-bike gave me the option of leaving the car parked, and I like that.

Some critical points about the bike, but aren’t dealbreakers, are the fenders. While a great feature, they’d bend out of place, often rubbing against the tires. The foldable pedals are a nice idea, but I’d likely swap them out for standard ones with straps.

I ran into gear-shifting issues mid hill climb, which is the worst time for it not to shift into an easier gear. This was happening with my thumb on the throttle full blast. I also had an issue with the charger not charging the battery 100% overnight. It happened a couple of times and I’m not sure what the issue was. I unplugged everything and plugged it back up, and that seemed to do the trick. 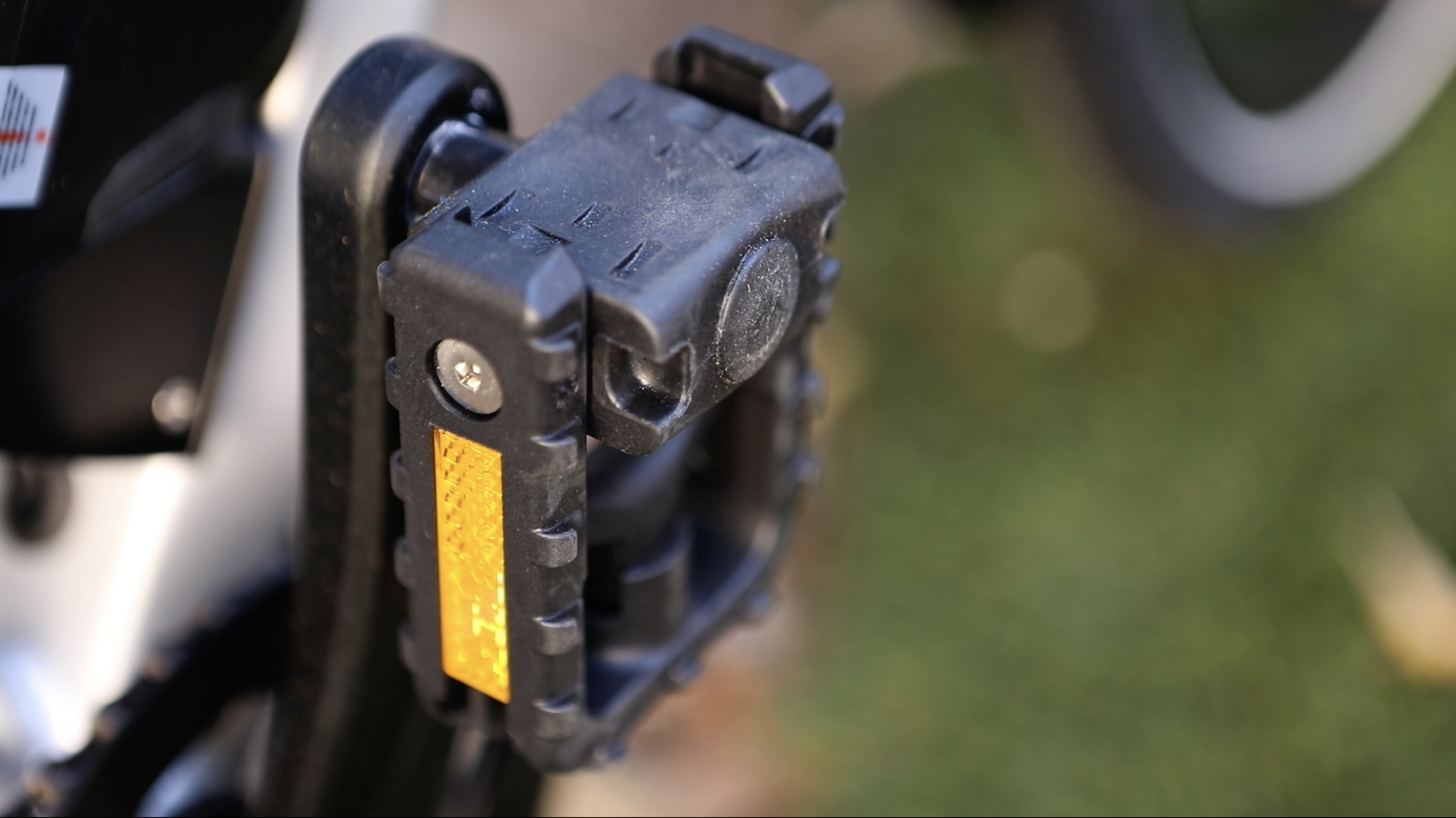 Overall, the City is a great utilitarian bike for daily riding for everyday folks. From purchasing the bike to storing it, they really have reduced the friction points of owning an e-bike. You can purchase the City bike on their site for $1,499.