Reddit has appointed to its board of directors Paula Price, who has served on the board of six public companies, including Accenture and Deutsche Bank. Price’s appointment makes her one of two Black directors on the company’s board.

“Paula’s vast experience as a world-class financial leader and strategic advisor will be a tremendous asset to us in the years ahead,” Reddit CEO Steve Huffman said in a statement. “Best of all, she embodies the two qualities most important to us for this Board seat: expertise leading companies through periods of transformative growth and real passion for Reddit’s mission.”

Before Reddit co-founder Alexis Ohanian stepped down from the board and urged the company to appoint a Black director to take his place, Reddit had zero Black board members. Reddit took Ohanian’s advice and appointed Y Combinator CEO Michael Seibel to the board.

We’ve seen an increase in Black board members across the board at tech companies in the last couple of years. Most recently, Pinterest announced its first Black board member in August, followed by the addition of a second one in October.

Here’s a look at Black board member representation at major tech companies. 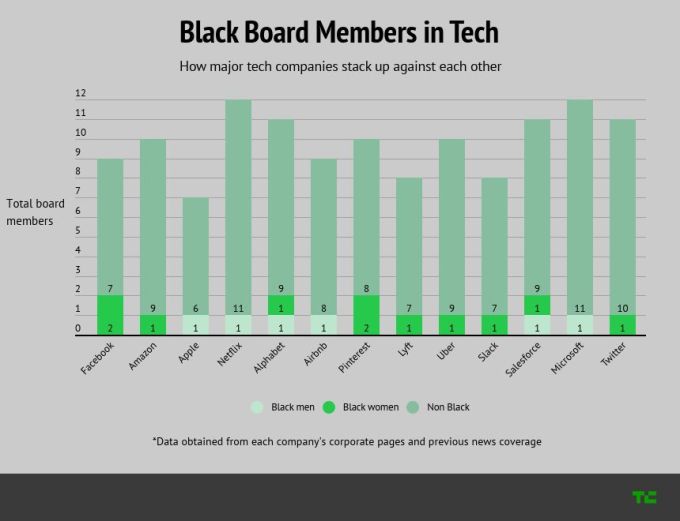