New Zealand-born launch provider Rocket Lab took a step toward making its launch vehicles reusable today with the safe splashdown and recovery of an Electron booster after it successfully took its payload to orbit. The image above is the view from the booster up into the parachute that brought it safely down.

Reusing the first stage of launch vehicles — that is to say, the booster that takes the payload from the ground to the edge of space, where a second stage takes over — has the potential to vastly reduce the cost of getting to orbit. For decades these precision-engineered machines, which cost millions to produce, have been abandoned after use and allowed to break up on reentry.

SpaceX first demonstrated recovery of its Falcon 9 rockets in 2015, landing one on a drone ship after several failed attempts with other launches. A used first stage was first re-launched in 2017.

Rocket Lab CEO Peter Beck announced last year that the company would be attempting its own method of recovering a used booster. Instead of the complex propulsive controlled landing of the Falcon 9, the booster would descend safely under a parachute, and be intercepted and captured by a helicopter before splashdown. 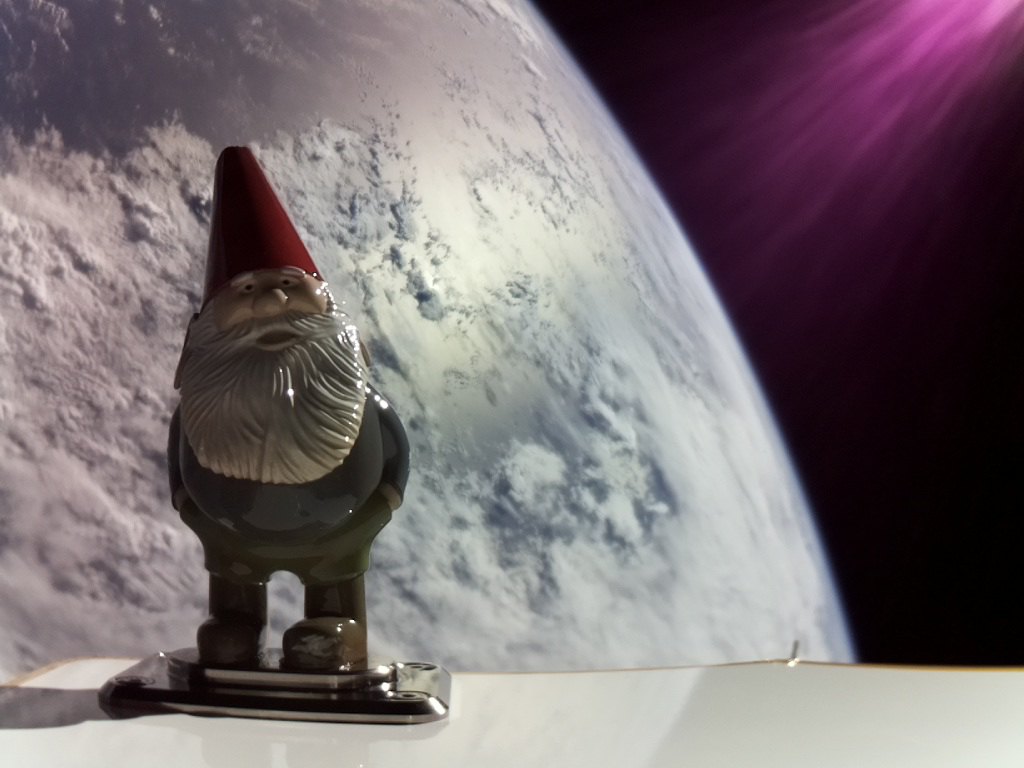 Today’s mission, however, skipped the helicopter step as perhaps being a bit ambitious for a first try. After delivering some 30 satellites and a 3D-printed gnome to the edge of the atmosphere, the Electron’s booster returned to Earth and was tracked to where it splashed down about two hours later.

According to a press release from Rocket Lab sent after the launch, the descent and recovery went exactly as planned:

Approximately two and a half minutes after lift-off, at an altitude of around 80 km, Electron’s first and second stages separated per standard mission procedure. Once the engines shut down on Electron’s first stage, a reaction control system re-oriented the stage 180-degrees to place it on an ideal angle for re-entry, enabling it to survive the incredible heat and pressure known as “The Wall” during its descent back to Earth. A drogue parachute was deployed to increase drag and to stabilize the first stage as it descended, before a large main parachute was deployed in the final kilometres of descent. The stage splashed down as planned. Rocket Lab’s recovery team will transport the stage back to Rocket Lab’s production complex, where engineers will inspect the stage to gather data that will inform future recovery missions.

“What the team achieved today in recovering Electron’s first stage is no mean feat. It took a monumental effort from many teams across Rocket Lab, and it’s exciting to see that work pay off in a major step towards making Electron a reusable rocket,” said Beck.

The recovery crew is securing Electron's first stage and preparing to bring it back via ship to our production complex. Pics to follow once we have them! https://t.co/LnVAhmvbdo

We’ll update this post with further developments. You can watch a replay of the launch below.