Google and Nvidia both had some news about their respective cloud gaming service today. Let’s start with Nvidia. GeForce Now is now available on the iPhone and the iPad as a web app. The company says it’s a beta for now, but you can start using it by heading over to play.geforcenow.com on your iOS device.

GeForce Now is a cloud gaming service that works with your own game library. You can connect to your Steam, Epic and Ubisoft Connect accounts and play games you’ve already purchased on those third-party platforms — GOG support is coming soon. GeForce Now is also available on macOS, Android and Windows.

Game publishers have to opt in to appear on GeForce Now, which means that you won’t find your entire Steam library on the service. Still, the list is already quite long.

Right now, it costs $5 per month to access the Founders edition, which lets you play whenever you want and for as long as you want. It’s an introductory price, which means that Nvidia could raise prices in the future.

Once you add the web app to your iOS home screen, you can launch the service in full screen without the interface of Safari. You can connect a Bluetooth controller. Unfortunately, you can’t use a keyboard and a mouse.

The company says it is actively working with Epic Games on a touch-friendly version of Fortnite so that iOS players can play the game again. It could definitely boost usage on the service. 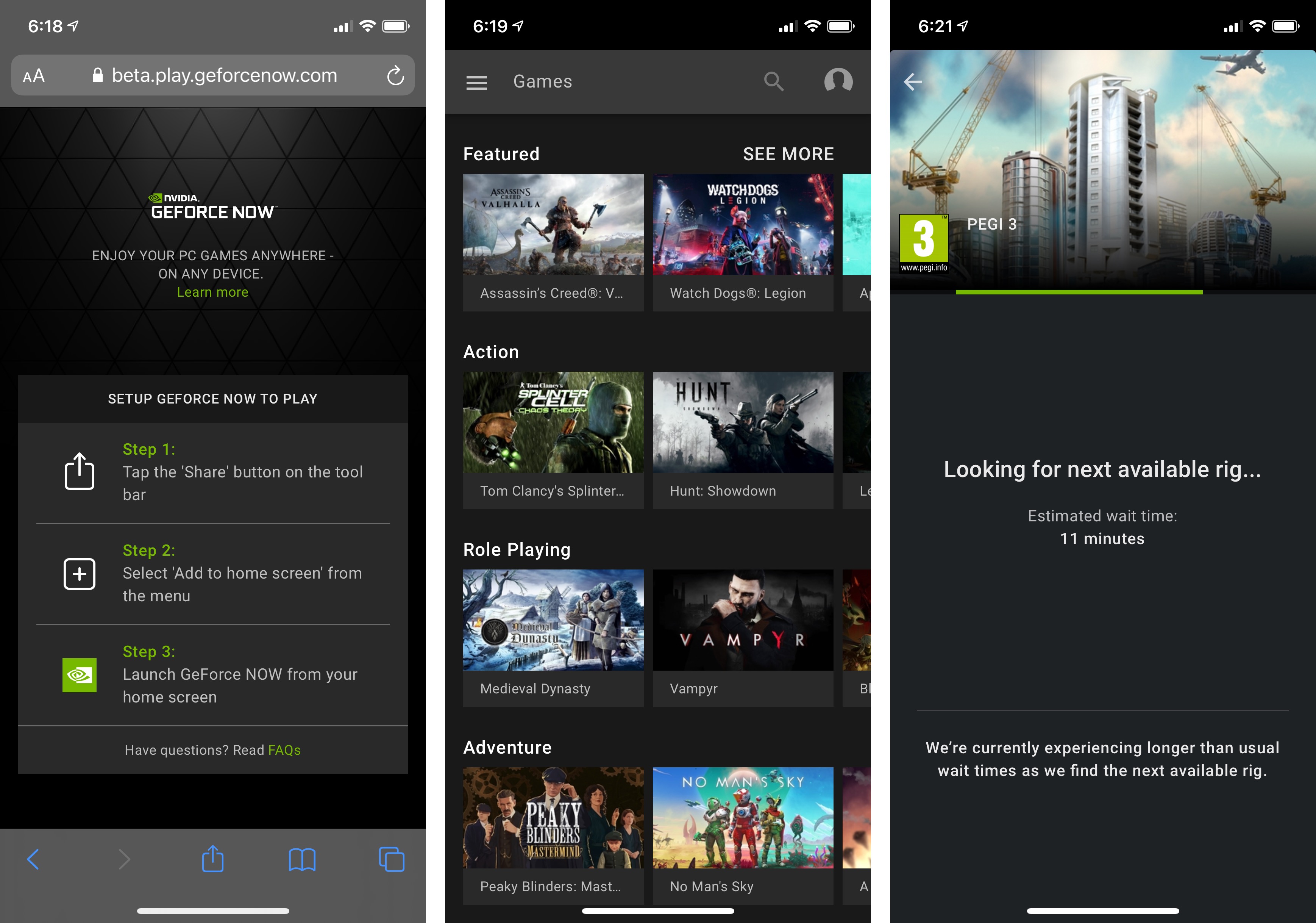 As for Google, the company issued an update 12 months after the launch of Stadia. Unlike GeForce Now, Stadia works more like a console. You have to buy games for the platform specifically. There are a hundred games on the platform including some games that you get with an optional Stadia Pro subscription.

The company says that iOS testing should start in the coming weeks. “This will be the first phase of our iOS progressive web application. As we test performance and add more features, your feedback will help us improve the Stadia experience for everyone. You can expect this feature to begin rolling out several weeks from now,” the company wrote.