We already knew there was a big trend toward remote working, and this has only been drastically accelerated by the COVID-19 pandemic. At the same time, the distractions of daily life can easily impinge on the “deep work” many need to get done when working on something important, like writing a book, or launching a company for instance. For many individuals and teams looking to get real, focused work done, the solution is often to book an Airbnb somewhere for several days. At the same time, they might look for a space that can also inspire their work and mindset.

This is in the ideal world of course. In practice, you will find the Airbnb’s Wi-Fi is terrible and it’s outside a building site. So today’s deep-workers and global digital nomads would probably be interested in a solution.

Into this scenario arrives Flown, an online platform that will match knowledge workers with inspiring properties already set up for productive and ergonomic remote work, as well as providing an array of online tools and resources to help them.

Flown is essentially wrapping up into one package the knowledge workers’ wish-list. Think “Airbnb-meets-Calm-as-a-service”.

The venture is being launched by serial entrepreneur Alicia Navarro, who has emerged from a hiatus following the acquisition of Skimlinks in May this year.

Flown has now closed a $1.5 million pre-seed investment round from several noted and prolific angels and entrepreneurs, including Taavet Hinrikus (TransferWise), Greg Marsh (OneFineStay), James Meekings (Funding Circle) and Pete Cashmore (Mashable) — with a third of the fundraise also coming from female investors.

The funding will be used to build out the Flown platform ahead of its formal launch in the U.K. and Portugal, onboarding new properties and hiring a team, which already includes hires drawn from hotel group Mr & Mrs Smith, Ometria, Quill, McKinsey’s Generation and Resi. 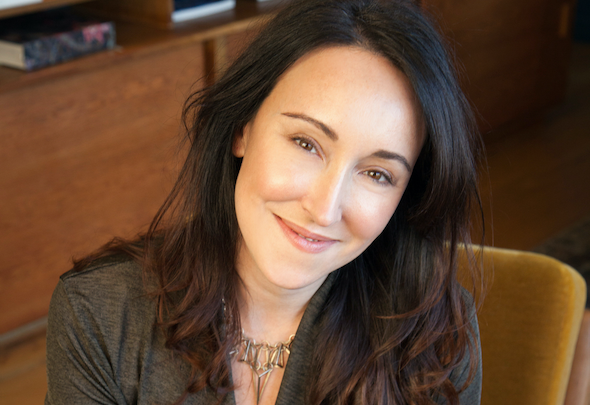 Navarro says she was inspired to create Flown after stepping back from Skimlinks in 2018, following 11 years at the helm.

Navarro said: “After leaving Skimlinks, I thought I’d have tons of time to write, think and ideate. Unfortunately, it was impossible to find spaces to do this: co-working spaces were too distracting, cafes weren’t ergonomic and I needed a break from working from home. Plus, not being part of a team any longer meant I was often lonely, and struggled to get into the right mental space for thinking creatively or productively.”

After traveling around Europe to find places to work she became frustrated at how difficult it was to find workable remote-working locations.

She may well be pushing at an open door. There are now estimated to be more than one billion knowledge workers globally, and it’s the fastest-growing sector of the global economy.

Flown will consist of two products:

The attraction to property owners is being able to rent locations midweek and off-season, offering hosts demand on their traditionally lower occupancy periods. This will also allow hosts to diversify their revenues away from the leisure market, and access a more resilient source of demand.

Taavet Hinrikus from TransferWise commented: “I recognized that Flown has the potential to be a real driving force for the way we work, and for how the hospitality industry can adapt to become more resilient and diversified by accommodating knowledge workers, not just holiday-makers.”

Ahead of its launch in early 2021, Flown is offering £200 of credit to anyone who visits and joins the member waitlist or nominates a property.