Startups that take time to scale before going public or getting acquired can represent big, if long-term, returns for employees that hold equity in them. Big, because tech companies have proven to be some of the most valuable in the world when it comes to exits; long-term, because it might take years for a startup to have a liquidity event to give those equity-holding employees some money off the table.

Today, a company called Quid, which has built a business out of giving those employees another option — taking out loans and using their equity as collateral — is announcing a new fund to target that growing opportunity.

After providing loans to employees at some 24 companies, including Unity, Palantir, Crowdstrike, Uber, and Lyft, Quid now has raised a new $320 million fund that it plans to deploy both by collaborating directly with more startups to run programs for their employees, as well directly with employees themselves.

The aim is to select 30 more high-growth startups on track to IPO, and to allocate up to $30 million per company in the form of loans to employees, based on loaning up to 35% of the stock’s current value.

Quid was founded within Troy Capital — an investor that made its name previously with growth-stage investments in Uber, Bird, SpaceX and others — and Troy’s two managing partners, Josh Berman and Anthony Tucker (pictured below), run Quid as well. Berman has a pretty long history in startups and tech, including being one of the founders of MySpace; Tucker is younger and brings a stronger connection with how tech is moving and shaking today.

Quid raised its first fund of $200 million to deploy loans to those whole money was locked up in equity back in 2018, and it was spun out of Troy more formally earlier this year (pre-Covid).

Quid says that this latest fund is backed by Oaktree Capital, Davidson Kempner, and unnamed strategic investors that include board members at leading late stage technology companies — perhaps the very companies that Quid in turn will work with to help give employees more liquidity. 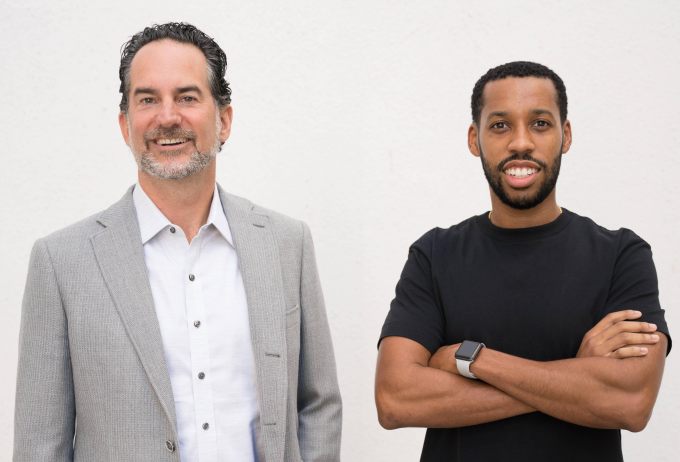 The problem that Quid is tackling — or, in another view, profiting from — is that equity in a potentially hot startup has been a big driver for attracting talent to join what might otherwise turn out to be risky bets. But unlocking the cash connected to that equity typically only comes with a liquidity event. (Indeed, “quid” is double-word play: a reference to liquidity, as well as to slang that means money. In British English, quid is slang for the UK pound currency, which in turn is thought to be a reference to the Latin quid pro quo, which means “something for something.”)

Those liquidity events are not coming as fast these days as in the past, in part because there is so much money swimming around in the venture world that companies can stay private for longer, using venture and private equity funding to fuel their growth without needing to open themselves up to raising capital in a more public way.

While some companies will have secondary rounds — where another investor buys up existing shares — to give employees some liquidity, this isn’t always the case, and those processes can take longer. Those employees may need the cash for buying property, or for some large outlay around education or something else that requires a large payment, or to buy up more options in their company. So Berman and Tucker spotted an opportunity to address that with their own money.

Quid works in a pretty straightforward way: Quid takes a flat 7% annual fee on the amount that a person borrows, and that value is based on how much equity she or he has in a company, and calculations that Quid itself works out that value that equity.

That valuation may be in part based on previous rounds of fundraising, but also if shares are trading on the secondary market as well as other factors, Berman said. The loan against the equity amount is positioned as an alternative to selling shares on the secondary market, with the carrot being that if you’re at a high-growth company, holding on to those shares will give you a bigger return in the longer run.

A person is only expected to pay back the agreed-on sum, based on the value of the equity at the time of the loan, after equity shares can start to be converted into cash. Quid also pays tax bills and basically guarantees the loan itself, in that it assumes a company’s value is going to stay steady or go up.

“If a company turns out to be a Theranos or a WeWork, we take the risk,” said Berman. People are not expected to pay back the full sum in those cases.

The catch is that not everyone is eligible to take out a Quid loan. Berman said that to date it has worked with only 24 companies. It vets companies based on their growth rates, valuation and other factors, and then only chooses a subsection of those.

That list is likely to grow a little larger now, however, not least because Quid has more money to deploy, and because the pool of companies that have hit “unicorn” status of being worth more than $1 billion has also become a lot bigger.

As with so much in the world of investing, it seems like a simple enough idea, so much so that it would be a surprise if it didn’t get copied.

And, when you consider the giant investment vehicles that have landed in the last several years, and the challenges they have had in simply finding enough opportunities for investing their funds, and how that might have possibly led to some particularly bad and indiscrete bets, you can also imagine how such a service might end up being yet another bad bet if not handled well.

“There are a lot of funds that have large amounts of capital,” said Tucker. “But for us, a lot of this is about a customer relationship. It’s about marrying the ability to underwrite a loan with that.”