Boston-based marketing automation firm Klaviyo wants to change the way marketers interact with data, giving them direct access to their data and their customers. It believes that makes it easier to customize the messages and produce better results. Investors apparently agree, awarding the company a $200 million Series C on a hefty $4.15 billion valuation today.

The round was led by Accel, with help from Summit Partners. It comes on the heels of last year’s $150 million Series B, and brings the total raised to $385.5 million, according the company. Accel’s Ping Li will also be joining the company board under the terms of today’s announcement.

Marketing automation and communication takes on a special significance as we find ourselves in the midst of this pandemic and companies need to find ways to communicate in meaningful ways with customers who can’t come into brick and mortar establishments. Company CEO and co-founder Andrew Bialecki says that his company’s unique use of data helps in this regard.

“I think our success is because we are a hybrid customer data and marketing platform. We think about what it takes to create these owned experiences. They’re very contextual and you need all of that customer data, not some of it, all of it, and you need that to be tightly coupled with how you’re building customer experiences,” Bialecki explained. 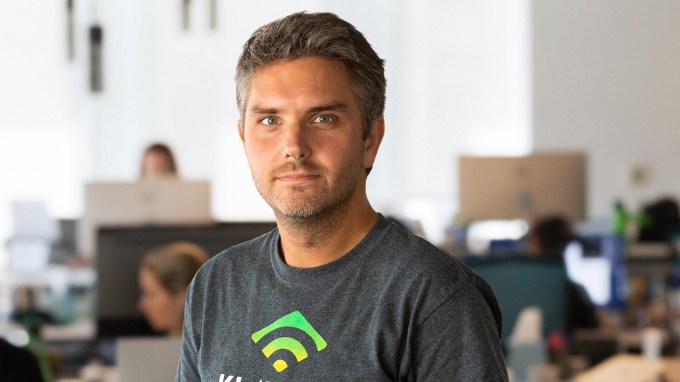 He believes that by providing a platform of this scope that combines the data, the ability to customize messages and the use of machine learning to keep improving that, it will help them compete with the largest platforms. In fact his goal is to help companies understand that they don’t have to give up their customer data to Amazon, Google and Facebook.

“The flip side of that is growing through Amazon where you give up all your customer data, or Facebook or Google where you kind of are delegated to wherever their algorithms decide where you get to show up,” he said. With Klaviyo, the company retains its own data, and Ping Li, who is leading the investment at Accel, says that it where the e-commerce market is going.

“So the question is, is there a tool that allows you to do that as easily as going on Facebook and Google, and I think that’s the vision and the promise that Klaviyo is delivering on,” Li said. He believes that this will allow their customers to actually build that kind of fidelity with their customers by going directly to them, instead of through a third-party intermediary.

The company has seen some significant success, with 50,000 customers in 125 countries along with that lofty valuation. The customer number has doubled year over year, even during the economic malaise brought on by the pandemic.

Today, the company has 500 employees with plans to double that in the next year. As he grows his company, Bialecki believes diversity is not just the right thing to do, it’s also smart business. “I think the competitive advantages that tech companies are going to have going forward, especially for the tech companies that are not the leaders today, but [could be] leaders in the coming decades, it’s because they have the most diverse teams and inclusive culture and those are both big focuses for us,” he said.

As they move forward flush with this cash, the company wants to continue to build out the platform, giving customers access to a set of tools that allow them to know their own customers on an increasingly granular level, while delivering more meaningful interactions. “It’s all about accelerating product development and getting into new markets,” Bialecki said. They certainly have plenty of runway to do that now.

Customer experience and digital transformation concepts are merging during the pandemic