Now that Apple’s getting more serious about its own branded headphones, Beats have, perhaps, lost a little bit of luster within the company. The products are still wildly popular, of course, and the brand offers a lot more options than its parent.

Powerbeats are one of the more utilitarian entries among the brand’s wireless offerings (though not quite to the extent of those new $50 models), trading the fully wireless form factor for a behind-the-neck cable and a lower price. Today Beats is offering a new special edition take on the product, launched in collaboration with the Ambush jewelry line and Nigerian singer, Burna Boy.

You’ve got your usual lineup of specs here: 15 hours of battery, sweat and water resistant design and Apple’s H1 chip, et al. Most importantly, though, they’re the first glow-in-the dark product from Beats. And hey, we could all use a little commoditized magic in this dark and depressing world that too often amounts to a ceaseless and increasingly intense parade of pain and suffering, right? 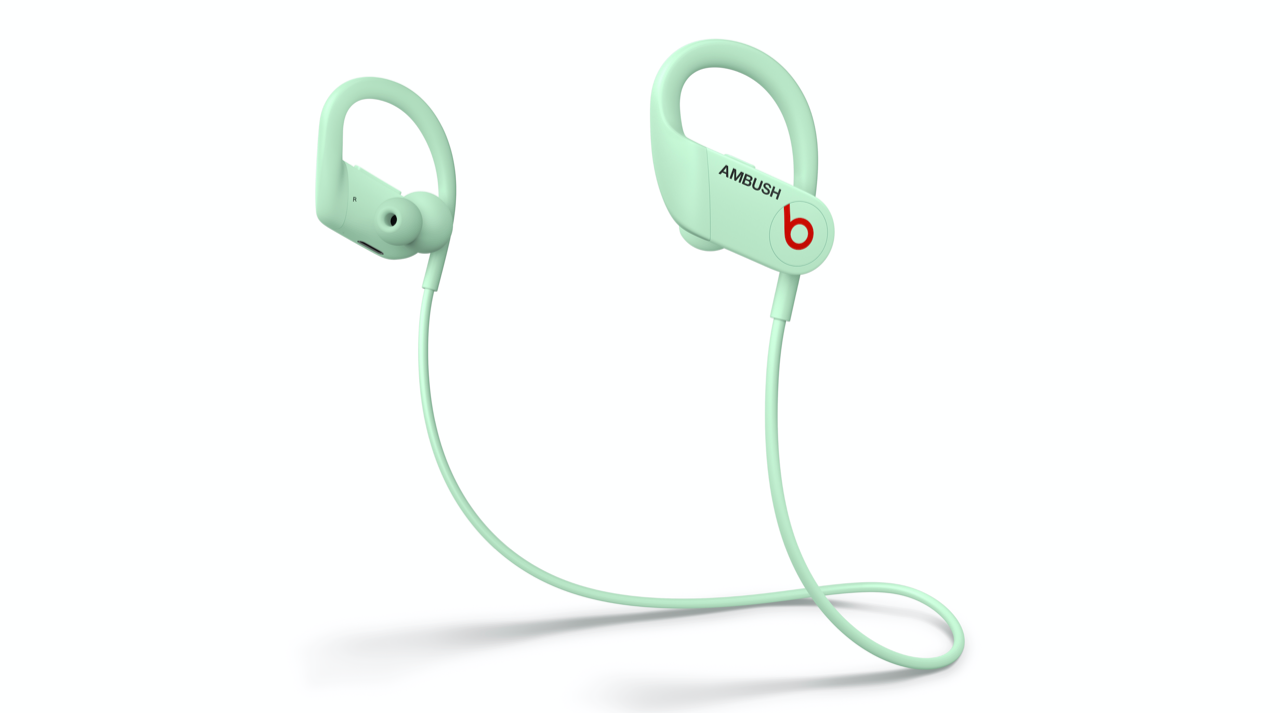 Here’s Ambush co-founder Yoon Ahn’s decidedly less defeatist take, “I thought it would be really cool to design a product that could capture that same city energy when you’re outside late at night listening to music.”

That way is nicer, I suppose.

Anyway, the limited edition comes at a bit of a premium at $200 (the standard Powerbeats are currently listed at $150). They’re available starting tomorrow.