Google today announced an update to Google Maps that includes a number of new COVID-related features, as well as the ability to see the live status of your takeout or delivery orders, as well as the launch of the long-expected new Assistant driving mode.

In addition, the company shared a few new stats around Google Maps today. The company says that it makes 50 million updates to Maps each day now, for example, though that includes user-generated content like user reviews, photos and ratings. The company also now features “popular times” information for 20 million places around the globe. 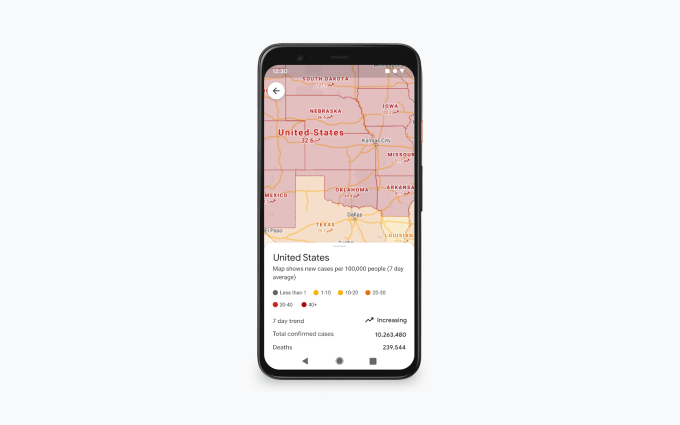 As far as COVID is concerned, there are two announcements here. First, Google is updating the COVID layer in Google Maps on Android and iOS with some new information, including the number of all-time detected cases in an area and links to COVID resources from local governments. Second, Google Maps can now tell you, in real time, how busy a given transit line is so you can avoid packed trains or busses, for example. That’s based on real-time feedback from Google Maps users and will feel familiar if you are aware of how Google Maps can already show you how busy a given store or restaurant currently is. 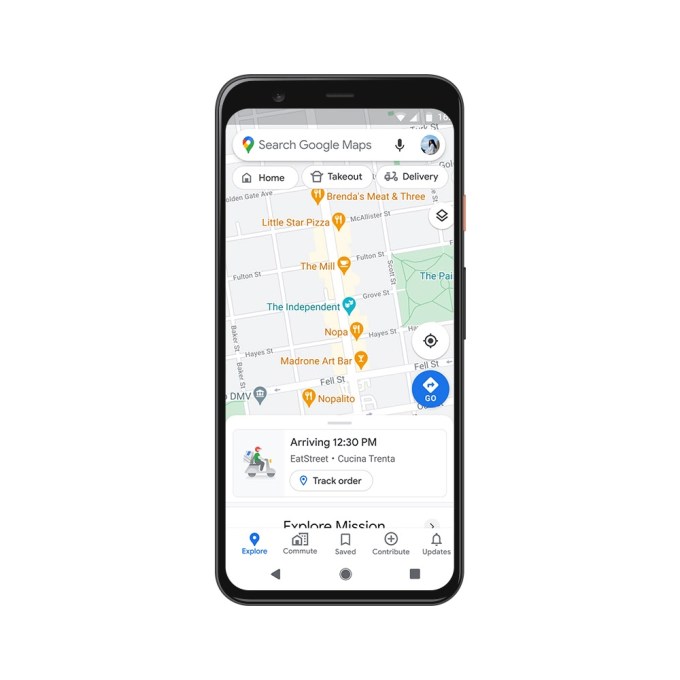 Semi-related — delivery services are booming during the pandemic, after all (even as they continue to struggle to make a profit) — Google Maps on mobile will now be able to show you the live delivery status of your takeout and delivery orders in the U.S., Canada, Germany, Australia, Brazil and India. To do so, you have to book your order from Google Maps on Android or iOS.

For Google Maps users who don’t have an Android Auto-compatible car, the new Google Assistant driving mode in Maps has long been something to look forward to. The company first talked about this set of new features at its I/O developers conference in May 2019, but as is so often the case, features announced at I/O take a while to get to market. Originally, this was supposed to launch last summer.

The idea here is to allow drivers to get alerts about incoming calls, have the Assistant read out text messages and control your music right inside of Google Maps. Using the Assistant ideally reduces driver distractions. For now, this new mode is only coming to Android users in the U.S., though, and the number of features it supports remains limited. Google promises to support more features over time, but it’s not clear which features it plans to add to this mode.