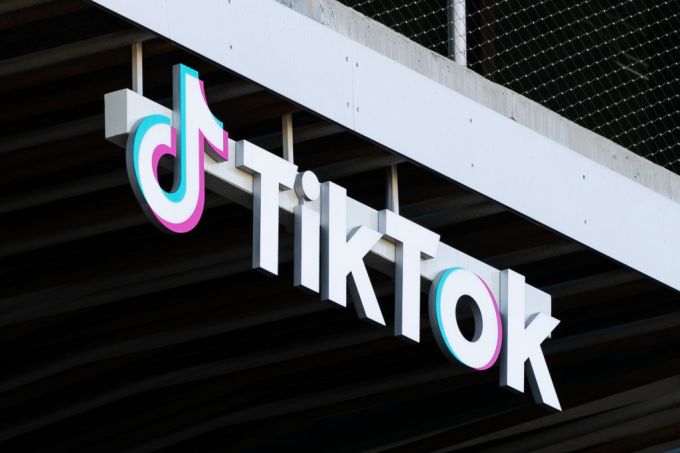 The Trump administration seemingly forgot it had banned the TikTok app in the U.S., as the president focused this week instead on sowing doubt over the integrity of the U.S. elections — which the Dept. of Homeland Security just called the “most secure in American History,” by the way.

The inaction on the Trump administration’s part revealed what many suspected all along: that the TikTok ban was largely performative.

Earlier this week, TikTok went public with the fact that it hadn’t heard anything about its ban for weeks, despite the fact that it had a deadline of November 12 to divest its U.S. assets. The company filed a petition in the U.S. Court of Appeals for the D.C. Circuit on Tuesday, calling for a review of actions by CFIUS (Trump’s committee on foreign investment in the United States).

TikTok had earlier asked for an extension, but never heard back, it said.

Or, as the winning headline put it, courtesy of The Verge: “TikTok says the Trump administration has forgotten about trying to ban it, would like to know what’s up.”

In a statement, TikTok said:

“For a year, TikTok has actively engaged with CFIUS in good faith to address its national security concerns, even as we disagree with its assessment. In the nearly two months since the President gave his preliminary approval to our proposal to satisfy those concerns, we have offered detailed solutions to finalize that agreement – but have received no substantive feedback on our extensive data privacy and security framework.

Facing continual new requests and no clarity on whether our proposed solutions would be accepted, we requested the 30-day extension that is expressly permitted in the August 14 order. Today, with the November 12 CFIUS deadline imminent and without an extension in hand, we have no choice but to file a petition in court to defend our rights and those of our more than 1,500 employees in the US. We remain committed to working with the Administration — as we have all along — to resolve the issues it has raised, but our legal challenge today is a protection to ensure these discussions can take place.”

After getting the reminder, the Commerce Dept. on Thursday said it wouldn’t enforce the order that required TikTok to shut down, citing a preliminary injunction against the shutdown last month that came about as a result of the lawsuit by TikTok stars, who claimed the app’s closure would impact their ability to make an income. However, it also appealed that same ruling, leading to further confusion. A filing revealed that TikTok was given a deadline extension to Nov. 27 by CFIUS to get a deal done.

There’s also question the question as to how the incoming Biden administration will proceed with regard to the Trump TikTok ban. Though Biden has criticized Trump’s China policy, concern over TikTok was one that saw bipartisan support. Biden even said during a campaign stop in September that it was worrisome that a Chinese operation would have access to over 100 million young people in the U.S.

After a nerve-wracking week of election results which devolved into political chaos as Trump rallied his base to believe baseless claims of fraud, a number of right-wing Trump supporters turned to alternative apps for social media and news.

The App Store’s top charts, which are determined by a combination of downloads and velocity, among other factors, soon featured a new set of alternative apps, led by free speech network Parler, which found itself in the No. 1 spot. (It’s since slipped thanks to Walmart’s Black Friday sales, which sent the retailer’s app flying up to No. 1.)

According to one estimate, Parler saw 980K downloads from November 3 through November 8. Other apps also benefitted from the election drama, including social network MeWe (now No. 10 on the iPhone Top Free Apps chart in the U.S. and right-wing news network Newsmax TV (No. 7).

Unlike Facebook and Twitter — which increasingly use fact-checking services to label or, in extreme cases, hide false claims behind an extra click — alternative apps do not. But they are not neutral platforms by any means. The verified account from “Team Trump” was among those that automatically greeted new Parler users, for example. Right-wing politicians like senator Ted Cruz and representative Devin Nunes as well as other conservative personalities have set up shop on Parler, too.

As a result, the community is lopsided. Users are posting to amplify their beliefs among those who largely feel the same as they do. And, because Parler does not combat misinformation and conspiracy theories with fact-checking, it’s already been targeted by a conspiracy theory of its very own. A Photoshopped image of a Fox News ticker spread confusion on Parler this week, as the modified image claimed that George Soros owned the social network. The conspiracy got enough traction that Parler founder John Matze had to post that it was not true. But Parler’s true origins and ownership are still being discussed.

It’s unclear to what extent the conservative apps represent a new wave of social media with long-term staying power, given that any relative newcomer to the space will still ultimately have to compete with very large networks, like Facebook’s 2 billion users. Though smaller than Facebook, Twitter’s 330 million monthly active users is still much larger than Parler’s monthly active user base of about 4 million (its active users are around half of its registered users, which is now 8 million.)

Larger platforms have resources to pour into more than just the basics of keeping the servers running. And, to date, that’s led to the demise of numerous other would-be Facebook rivals. The few apps that manage to grow a following these days are those that get a majority of younger, mainstream users, like TikTok and Snapchat.

Regardless of your political leanings, I think we can all agree there was a lot of this going on this week: 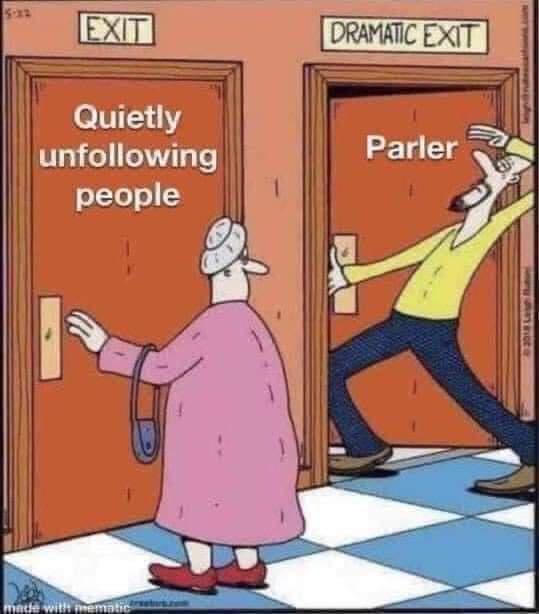 Instagram this week put its TikTok competitor Reels front-and-center in a redesigned version of its app by giving it the center position on its new navigation bar. The update also replaced the Activity tab (heart icon) with the Shop tab, following a test that had changed this aspect of the app’s home screen earlier this summer. And it revamped the Camera interface and did away with the IGTV button.

In the redesigned app, both the Compose button and the Activity tab have been relocated to the top-right of the home screen, while the center middle button now belongs to Reels.

The redesign is an aggressive attempt on Instagram’s part to direct users to its short-form video feed, Reels, which has so far seen only a lukewarm reception from reviewers, who have called it stale, lacking in effects and another contributor to Instagram bloat.

The changes were also a big push to make the Instagram app more of an online shopping destination at a critical time for the e-commerce market. The coronavirus pandemic accelerated the shift to e-commerce by at least five years, according to some analysts. That means any plans Instagram had to become a major player in online commerce were also just expedited.

Both moves signal a company that’s worried about the impact TikTok may have on the long-term future of its business. TikTok is now projected to top 1.2 billion monthly active users in 2021. And as its recent partnership with Shopify on social commerce indicates, it could be a new home for social commerce soon too. 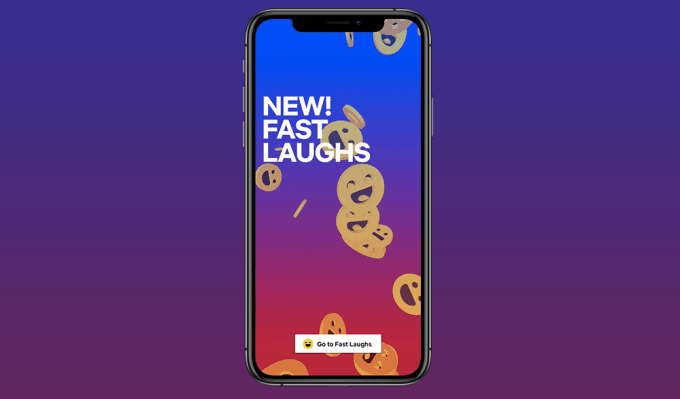 HBO’s “His Dark Materials: My Daemon”

HBO teamed up with creative studio Framestore to create a new iOS and Apple Watch app that lets fans of the show “His Dark Materials” interact with their own “daemons” — the magical animal companions that serve as an extension of characters’ souls, TechCrunch reported. The app uses AR to allow the daemon to interact with the world around you. 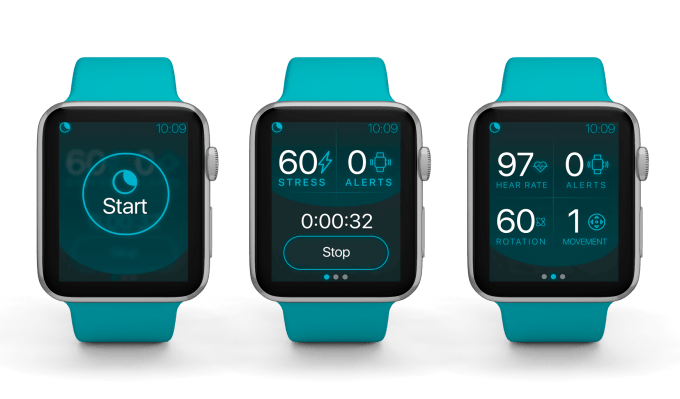 The FDA approved an Apple Watch app for the treatment of PTSD. The app, NightWare, is only available with a prescription, and uses Apple Watch sensors to track body movements and the heart rate during sleep to create a profile. When it detects a PTSD nightmare, the watch vibrates to disrupt the the user’s sleep and bring them out. 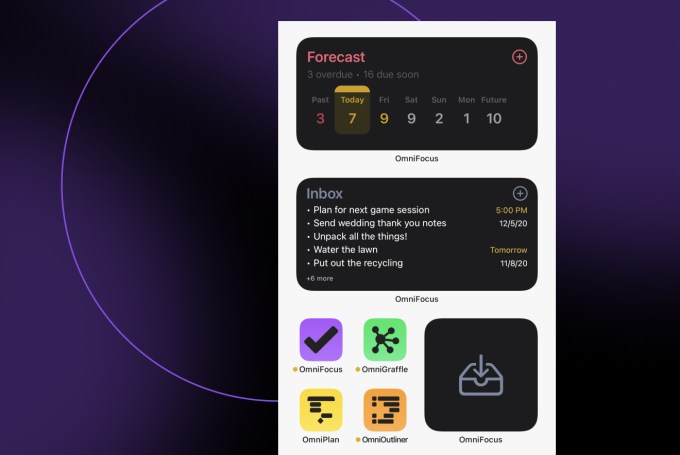 Productivity app OmniFocus launched new iOS 14 widgets this week, including a forecast widget with a calendar view for today and the days ahead and a perspective items widget with a list of upcoming items in a perspective of your choice. The widgets are available in small, medium, and large sizes, and can have their font size customized.