Google today announced that it is ending support for Expeditions. The VR app will also be pulled from its own Play Store and Apple’s App Store in June of next year. In a blogpost somewhat confusingly titled, “Expanding Google Arts and Culture with Expeditions,” the company notes the 360-degree tours captured for the project will survive — but will be moved to Google Arts & Culture.

Director of Program Management, Education, Jennifer Holland, says the decision was made to make the content more accessible to students and educators.

“Engaging students in the classroom has taken on an entirely different meaning this year. As schools around the world reimagine education from the ground up for a hybrid world, we’ve also been thinking deeply about how to adjust our tools to meet the moment and simultaneously build for the future,” she writes. “We’ve heard and recognize that immersive experiences with VR headsets are not always accessible to all learners and even more so this year, as the transition to hybrid learning has presented challenges for schools to effectively use Expeditions.” 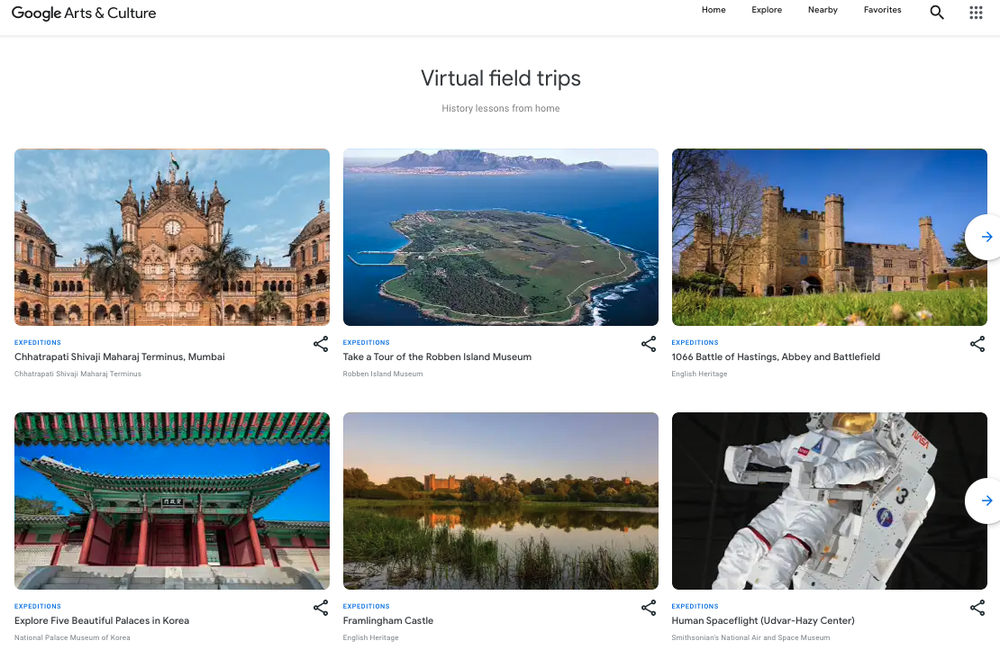 The content will be included alongside Arts & Culture’s museum tours and other content, available for free to all users. That, at least, is a small win for teachers and parents who have struggled to keep up kids’ education in the face of a pandemic that has contributed to major school closures.

Notably, the news comes a little over a month after Google announced it would be ending support for the ill-fated Daydream VR platform. Launched four years ago, the project was an effort to bring low-cost virtual reality that failed to reach its potential.

Google wakes up from its VR daydream