It’s official. The first MacBook to sport Apple’s own silicon is here. The perennial favorite thin and light is on the way, featuring the company’s new M1 chip — it’s first desktop CPU built in-house. The system looks to be largely identical to the last several generations of Air, with most of the big changes happening under the hood.

Per Apple’s numbers, the system should be 3.5x faster than earlier models and faster than 98% of the PC laptops sold in the last year. Even more notable, the new ARM-based chip means it can operate without a fan. The company has long claimed that battery efficiency is one of the biggest benefits to its new chip, and that certainly seems to be came here, with a claimed 15 hours of web browsing and 18 hours of video playback on a charge. Huge if true, and a big bump from the 12 hour claims for earlier models.

Apple claims the system is powerful enough for users to edit multiple streams of 4K ProRes video in Final Cut Pro, courtesy of its new specs. That’s definitely a claim I’d like to put the test and see how the fanless system holds up. 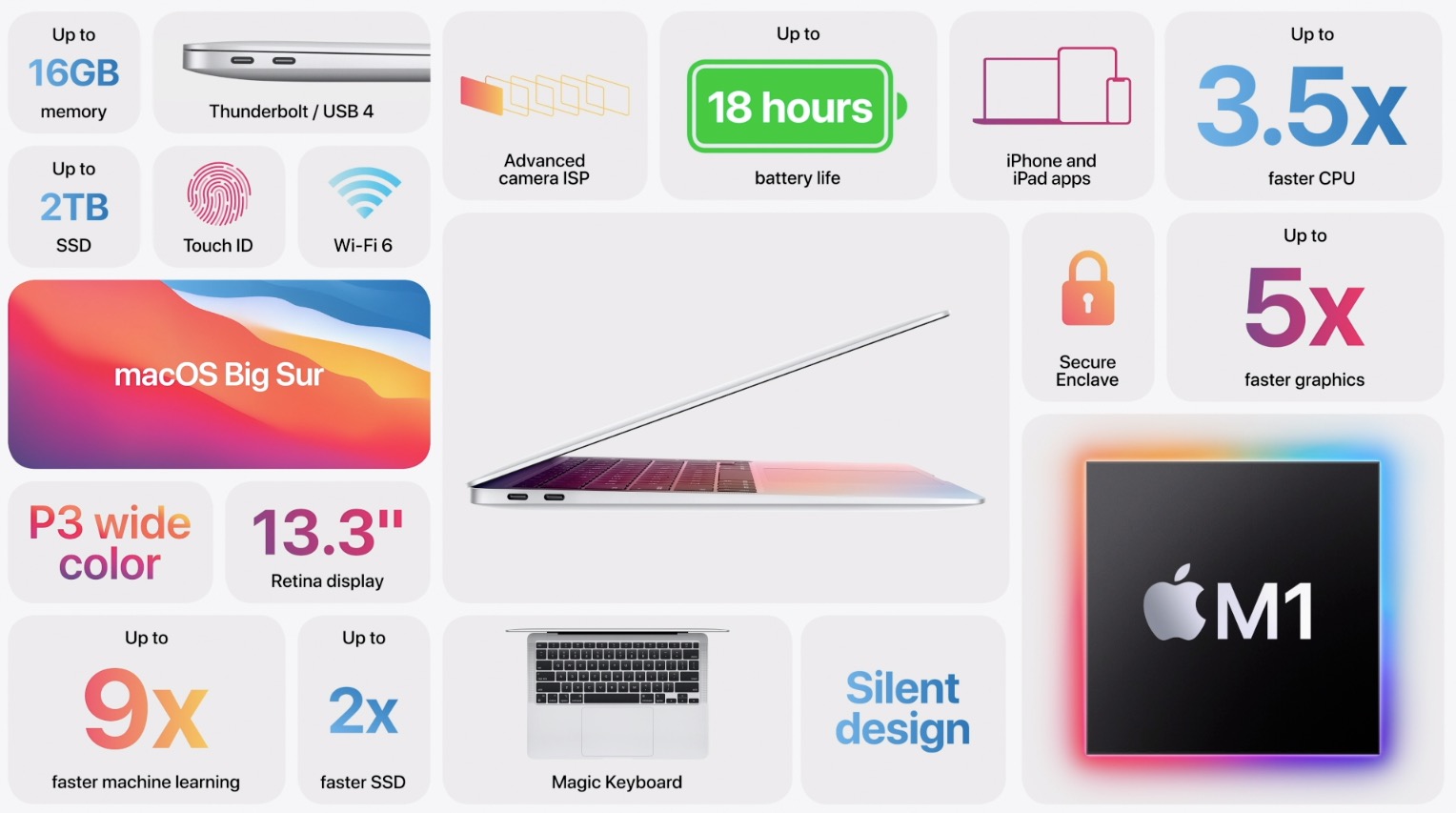 There’s no TouchBar here — which, fine. But the best part of the setup — TouchID — is present, which it also was in the latest Intel Air. Unfortunately, the webcam hardware appears to be the same. That would be a nice upgrade, given the fact that we’re all teleconferencing now, but Apple does claim some software improvements to the 720p camera. There are two Thunderbolt/USB 4 ports. It starts with 8GB of RAM and 256GB of storage, upgradable to 16GB and 2TB, respectively.

When compared to the previous generation, the M1-powered MacBook Air can:

The system starts at $999 — or $899 for students. As with the new MacBook Pro and Mac Mini, it’s up for preorder today and starts shipping next week.