YouTube Music is taking another cue from Spotify with today’s launch of a set of personalized playlists that are essentially YouTube Music’s own take on Spotify’s “Daily Mixes.” Each of these new “My Mix” playlists will feature a different aspect of a user’s tastes and interests, allowing users to dive in to a particular vibe or music genre.

Up to seven of these new “My Mix” playlists will be featured on the Home tab, the company says, and will include a combination of favorite tunes as well as potential new favorites for discovery purposes.

With the launch, YouTube is also rebranding its personalized playlist previously called “Your Mix.” To better clarify its purpose and eliminate possible confusion with the new “My Mix” playlists, this playlist will now be called “My Supermix,” and will combine all of a user’s music tastes into one playlist, like Spotify’s “Discover Weekly.”

YouTube is making other changes to its Home tab and personalized selections, too, it says. 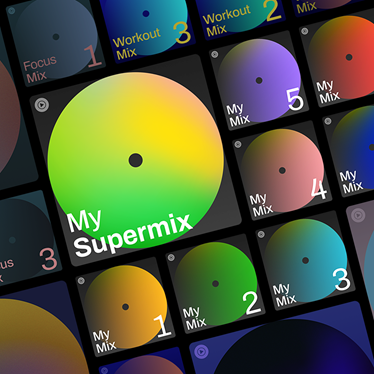 Now, the Home tab will feature an activity bar offering easy access to four activity types, including Workout, Focus, Relax and Commute. These will take the user to a dedicated personalized homepage with a variety of playlists suited to the activity in question. The Workout tab, in particular, has been updated to include up to four new personalized mixes that feature music you already like as well as new recommendations. These tabs will also include a “Supermix” of the different playlists.

Personalization has become a key battleground for music streaming services, which aim to use technology to better cater to users by creating unique mixes and delivering more targeted recommendations. YouTube and Apple have both mimicked Spotify’s features on this front, offering their own variations on personalized playlists like Spotify’s flagship playlist, “Discover Weekly,” and others.

YouTube Music, though, has not had as much success in gaining a following, perhaps due to Google’s confusing and overlapping music strategy over the past several years, where it offered two different music apps.

Google has finally begun to correct his, and has started the transition that will shift users off its older service, Google Play Music, and over to YouTube Music. The latter, to date, has struggled with gaining a sizable share in the competitive music market, where Spotify and Apple dominate.

Google Play Music to shut down starting in September, will disappear by December

According to a MIDiA report in June, Google is in fifth place with a 6% share, behind Spotify, Apple, Amazon, and Tencent. However, the report suggested that YouTube Music’s appeal to a younger demographic could help Google turn things around, as its share had grown from just 3% in Q1 2018 to Q1 2019.

YouTube says the new changes to its playlists will arrive today.