Beyond Meat’s partnership with McDonald’s to develop the McPlant burger wasn’t enough to keep shares from collapsing after the company posted third-quarter earnings that fell far below analysts’ expectations.

“Our financial results reflect a quarter where for the first time since the pandemic began, we experienced the full brunt and unpredictability of COVID-19 on our net revenues and accordingly, throughout our P&L,” Beyond Meat’s president and chief executive, Ethan Brown, said in a statement. “Unlike the second quarter where record retail buying and freezer loading by consumers offset the deterioration of our foodservice business as COVID-19 stay-at-home and related measures set in, the long tail of retail stockpiling by consumers, coupled with continued challenges across the majority of our foodservice customers, led to Q3 results that were lower than we expected.” 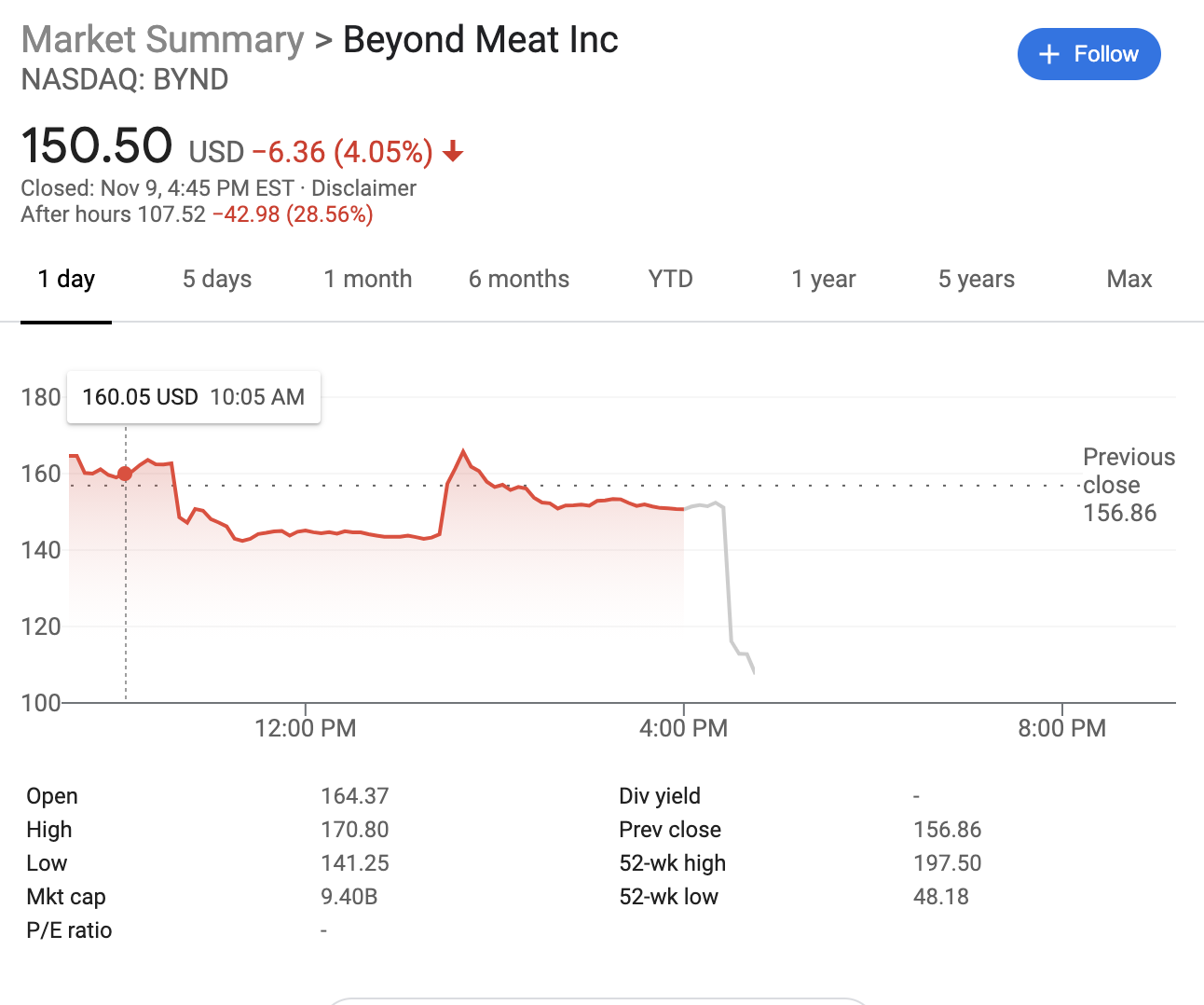 Despite the poor performance, Beyond Meat is doubling down on its expansion plans by acquiring a new factory in Pennsylvania and its expansion in China and Europe. Brown also pointed to other data that suggests the business is growing.

“Even as the pandemic has created significant disruption, we continue to see strong growth in critically important metrics of household penetration, buyer rates, purchase frequency and repeat rates; our brand’s sales growth continues to outpace the category; and during the quarter we saw our year-over-year velocities rise even as we grew distribution,” he said in a statement.

Beyond Meat’s third-quarter earnings report capped a volatile day for the company that saw its share price seesaw as details of the McDonald’s plant-based burger emerged. Shares of Beyond Meat initially fell after McDonald’s announced that its new plant-based patty and chicken substitute formulation was made in-house. However, McDonald’s overstated its own role in the creation of its McPlant, which was actually developed in conjunction with Beyond Meat, according to a statement provided to CNBC. Beyond Meat shares rebounded only to fall again after the market closed due to its third-quarter earnings.

Brown stuck by McDonald’s despite the restaurant chain’s decision to leave Beyond Meat out of its initial announcement.

“Our relationship with McDonald’s is really good and really strong,” Brown said on an investor call. “I respect their decision to refer to the McPlant platform in the generic sense. We are working with them on a number of matters.”