In addition to the new iPhone 12 mini and the iPhone 12 Pro Max, I was able to try out Apple’s new MagSafe Duo Charger. It’s a folding dual travel charger that will hold both an iPhone using MagSafe and an Apple Watch using its more traditional magnetic charger.

Does it work? Yep, works exactly as advertised. Your iPhone will rest comfortably on the MagSafe side of the charger, aligning using the internal magnets. The Apple Watch side pops up and out to allow easy access for closed-loop bands. The whole unit folds over to make it easier to travel with and will even fold over backwards if you don’t need one side or the other. It works, for sure.

But that folding is where we start to get to the iffy stuff. For context, you have to understand that this thing is $129 but feels like it should be $70. When you realize that it is a charger that doesn’t come with a power adapter, I would not be shocked if you mentally downgraded it to $40. The charger does come with a Lighting to USB-C cable in the box. That cable assumes, which I don’t think is at all universally true yet, that you have a USB-C power brick. But the Lightning port on the charger itself does ensure that you can use this with any existing Lightning charging cables. 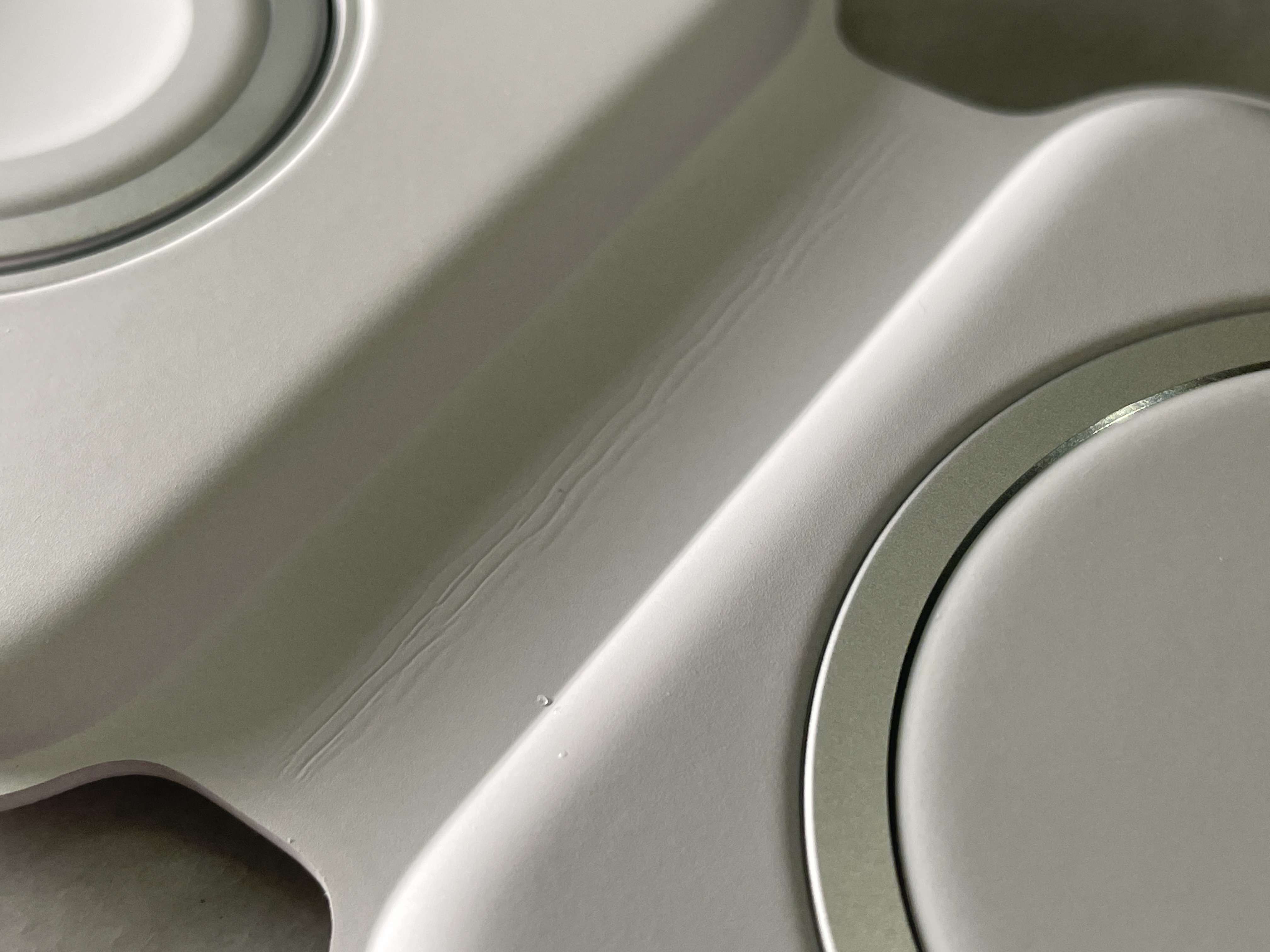 The hinge and casing are coated in soft-touch rubber that is sort of press-molded on. While the hinge works fine, it is wobbly and immediately creases. The rubber is thick enough that it doesn’t give the impression that it will rip immediately or anything — but it’s not exactly confidence-inducing. This is an inexpensive hinge solution that you would expect to see from a price-conscious third-party accessory, not from Apple.

Because the whole thing is press-molded, there is also this ridge that runs around the exterior of the unit. It has a basic seal on it but you can see the layers of lamination if you look closely. It looks ripe to nick, fray, bend and get dirty. Not great for something that’s meant to throw in a bag.

White is also a bad choice here; mine’s already getting dingy and I can’t even travel anywhere right now.

The thing charges adequately fast and the devices lock on well. The Watch charging part of it feels the most premium with its smooth little chrome hinge. The MagSafe Pad and Watch charger are Apple’s typically nicely peened aluminum, and the whole thing has a decent amount of heft to it. For what it’s worth, I was unable to test one thing which is whether it will charge an Apple Watch and an iPhone in fast charge at the same time with the 20W power adapter. I’ll try to update this review with that info.

Of course, because the iPhone side is magnetic, you do get the MagSafe benefit of being able to pick up the phone if it’s attached, but that’s more awkward when it’s a big bundle of charger versus when it’s a slim MagSafe puck on the back of your phone. Fine for a quick alarm check in your hotel maybe.

Review: The iPhone 12 Pro Max is worth its handling fee

But I’m sorry to say that I find the whole thing a bit underwhelming after the hype of AirPower and its eventual demise. Apple may very well have had this thing planned the whole time that it was trying to make AirPower happen, but the arc of that story landing on this device is sad trombone indeed.

The MagSafe Duo does work, and there are a couple of engineering bright spots. But you will not feel that it’s worth the money by the time you purchase the $129 charger and the $19 20W power brick to go with it, and there are many third-party accessories on the market that do this job just fine.