Right off the bat, I will say that the $499 Series X and $299 Series S were tough systems to review. Launch lineups for brand-spanking-new consoles always leave a little to be desired, but this generation has been particularly prone to launch title delays, and a handful of the launch-day Series X titles weren’t even available to reviewers ahead of launch. The former can be pinned on COVID-19-related delays impacting already aggressive timelines, but the latter seemed to be a bit of an unnecessary limit placed on reviewers.

Nevertheless, I’ll look to update this review next week when more of these titles are able to be played. 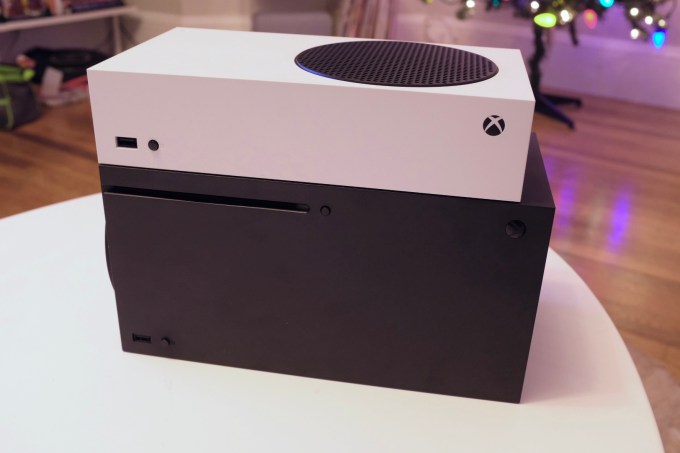 This thing has a lot of specs behind it. It’s got lots of cores and lots of teraflops. There aren’t any futuristic/gimmicky features that Microsoft is pushing; there’s no bundled Kinect, there’s no VR headset. The Series X is just a giant black box that plays games better than any Xbox before it.

Quickly, here are the high-level differences between the Series X and Series S (this review mostly focuses on the Series X):

This previous generation of hardware really shook up the idea of what a console generation actually was. In the past, mid-generation updates to hardware were largely cosmetic — slimmed-down packages with the same power — but with the Xbox One S and One X, Xbox delivered mid-generation console upgrades that improved performance, breaking the rules in an aim to steal users away from PlayStation with the promise that they could make the most of their brand new 4K televisions.

A result of that is that this doesn’t immediately feel like a mind-bending upgrade over Microsoft’s previous release, the One X. It’s twice as fast teraflops-wise, but there isn’t a title that really showcases those internals. It feels ahead of its time, and I think consumers that buy the device on day one will have to wait quite a while before they can harness its full capabilities.

While I’m not convinced that users are going to be staring mouth agape at a launch title that blows their mind graphics-wise, I think that all of this power will eventually go a long way to eliminating some huge annoyances that have been accepted as commonplace in the world of console gaming. 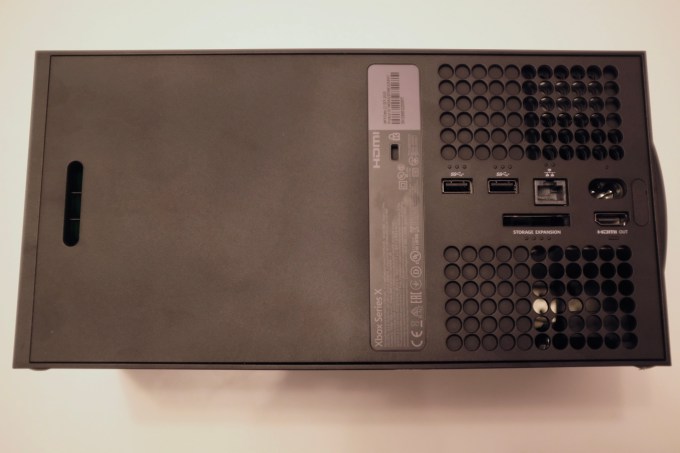 The load-time reductions that are largely thanks to the new SSD storage are very substantial and are probably the biggest thing you’ll notice off the bat. Another advantage of barely meeting its potential out-of-the-box is that I barely heard a peep from the Series X when I got into the thick of a game as the console’s fans were whisper quiet. Another big quality-of-life improvement is Quick Resume, which allows users to quickly hop back into a game they were playing a while ago without reloading the entire game and wandering through start menus. This feature is killer, and is one that PlayStation 5 users are missing, at least for the time being.

With all of this in mind, I’d say that the reality is — and this is on paper — there also isn’t a ton separating the Series X and Sony’s PS5 consoles in terms of playability. Both are getting much better internals, SSDs that will drastically reduce loading times, better UIs and newer controllers.

They definitely look different. The Series X itself is quite large (though not quite as hulking as the PS5) and will require plenty of prospective owners to bust out the measuring tape and check if it can even fit it horizontally in their media cabinet. It feels more like a well-designed gaming PC than a console. The chassis is very solid and dense — it’s one of the least-fragile designs I’ve seen on a console. On the note of hardware, I will also say that while the Series X/S controllers are very similar to the previous generation, I think that the subtle improvements, especially in regards to the feel and texturing of it, are going to be popular with users.

Most of the people reading this, I’m sure, already have a pretty solid idea whether or not they’re going to buy the Series X, and many of those people will buy it simply because it is new and they know that regardless of whether they currently need the power or are able to harness it with their other gear, they are getting access to new titles and future-proofing themselves. That’s certainly not a bad reason. 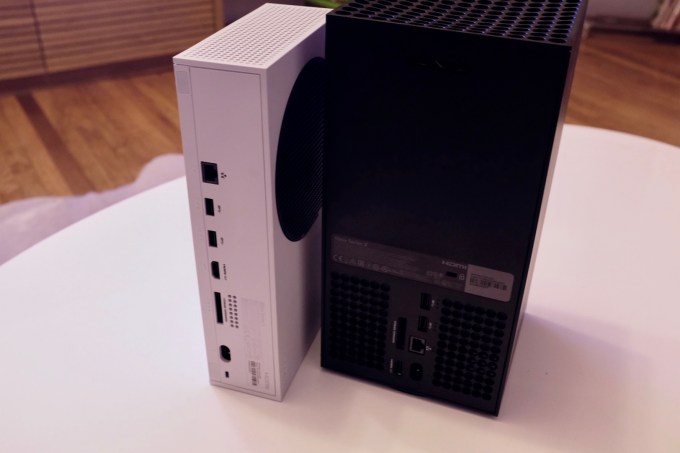 Others might be on the fence about getting a Series X/S or a PlayStation 5. Much like American politics, I’m not so convinced there are quite as many undecideds here as is believed. People have a good idea of which franchises are PlayStation exclusives and which titles are only going to ship on Xbox. There have been decades to drill down the flavors that both Sony and Microsoft are pushing, though Microsoft has been getting more aggressive about studio acquisitions over the past couple years, so that list of exclusives is likely going to start getting longer more quickly as they seek to build up a huge library of titles for their Game Pass subscription service.

But, yeah, most of the people on the fence end up going for the system that is going to have the games on it that they really, really want to play. But it’s a little harder to tell that right now because chances are there isn’t a launch title for the PS5 or Series X that you’re dying to play, or at least one that couldn’t also be played on a previous-gen console, albeit in less optimized fashion. The promised Series X holiday showstopper Halo Infinite was delayed until 2021, and the reality is a game that really shows off this hardware probably won’t be coming around until late next year.

Really most people won’t be able to take full advantage of the Series X until next year anyway. There’s an overwhelming chance that your TV or AV receiver are not positioned to maximize what the Series X can offer, namely 8K gaming or high frame rate (120fps) 4K gaming. Hitting the high end requires a technology called HDMI 2.1 which only a select few newer TVs have adopted. It’s likely to be more standard across the board come next year, but for the time being there aren’t many of these TVs or AV receivers that are actually in people’s homes. With HDMI 2.0, which your 4K TV does support, you can play Series X titles at 4K resolution at up to 60fps, closer to what the previous-generation Xbox One X was capable of.

Being super early to a technology as a consumer often leads to trade-offs, and that’s definitely the case with the Series X/S. While operating at the cutting edge of video standards will benefit the console’s longevity, it does mean that consumers might be in a less optimal spot for a bit if they don’t have the latest AV hardware. What will be more frustrating to day-one buyers is the generally light library of new content. There are some multi-platform hits that will be landing, but it doesn’t seem like there will be a must-play title that makes the most of its power. For consumers that are buying a system so focused on performance, that’s disappointing, but over time, I have few doubts that the Series X/S library will grow robust. The questions for consumers is whether all of the quality-of-life improvements are enough for them to take the plunge in 2020.

Microsoft set to acquire Bethesda parent ZeniMax for $7.5B