Level is one of the newer players in the smart lock space, but with a design pedigree that includes a lot of former Apple employees. The company is already attracting a lot of praise for its industrial design. I tested out both of its current offerings, the Level Bolt and the Level Touch, and found that they’re well-designed, user-friendly smart locks that are a cut above the competition when it comes to aesthetics and feature set.

Level’s debut product, the $229 Level Bolt, works with existing deadbolts and just replaces the insides with a connected locking mechanism that you can control from your smartphone via the Level app. The newer $329 Level Touch is a full deadbolt replacement, including the faceplates, but unlike most other smart locks on the market it looks like a standard deadbolt from the outside — albeit a very nicely designed one. The Level Touch is available in four different finishes, including satin nickel, satin chrome, polished brass and matte black (the latter two are listed as “coming soon”). 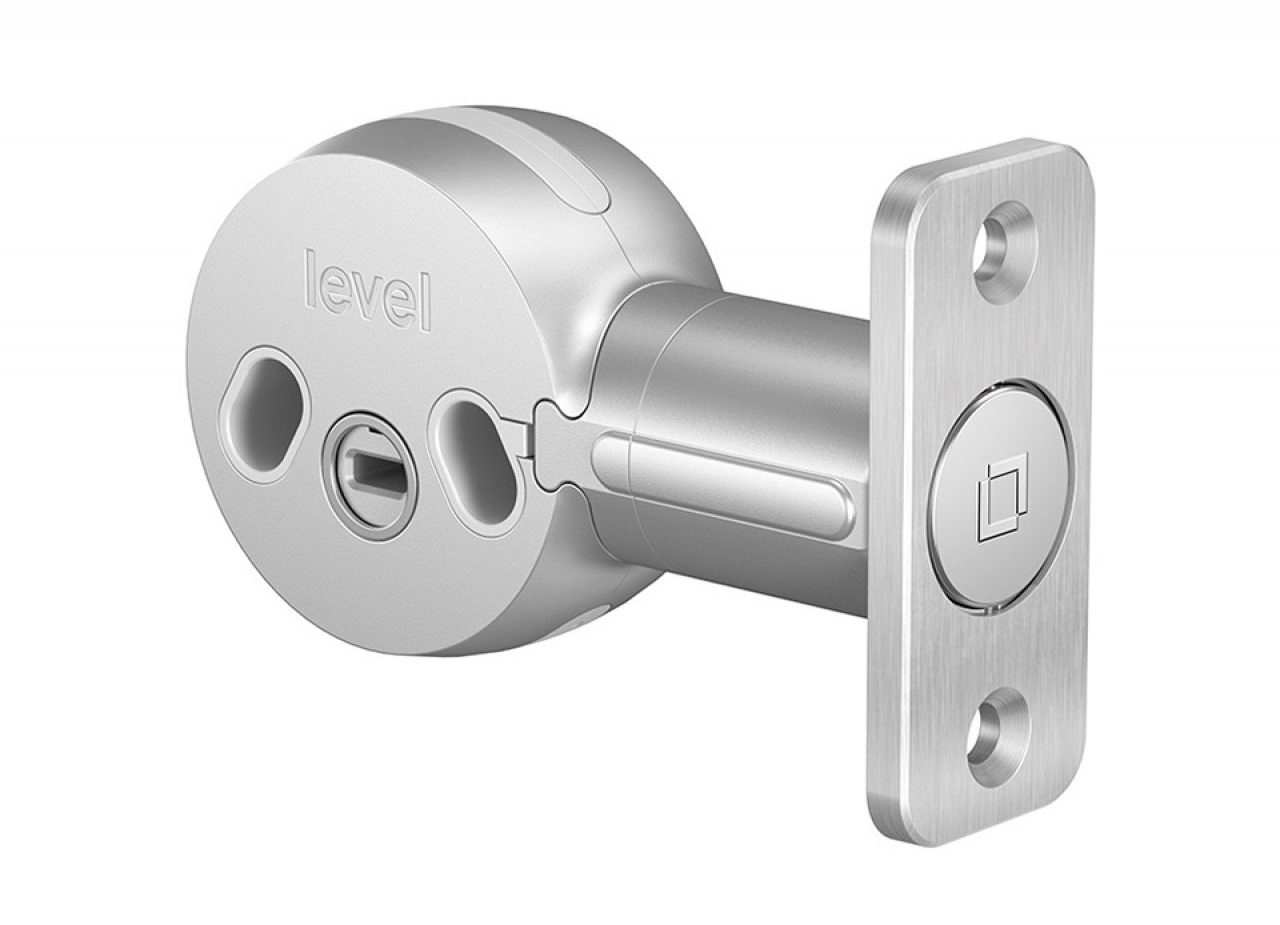 The Bolt is similar in concept to other smart lock products like the August lock in that you use it with your existing deadbolt, which means no need to replace keys. It also leaves the thumb turn intact, meaning from all outward appearances it isn’t obvious that you have a smart lock at all. Installing it is relatively simple and basically amounts to a lock mechanism transplant. Level includes different cam bar adapters that fit the vast majority of available deadlocks, so it should be something most homeowners can do in just a few minutes. The Bolt offers access sharing via the app, auto lock when you depart, auto unlock when you arrive, an activity log, temporary passes and a built-in audio chime. It also works with Apple’s HomeKit for remote control, voice control via Siri, automation and push notifications. 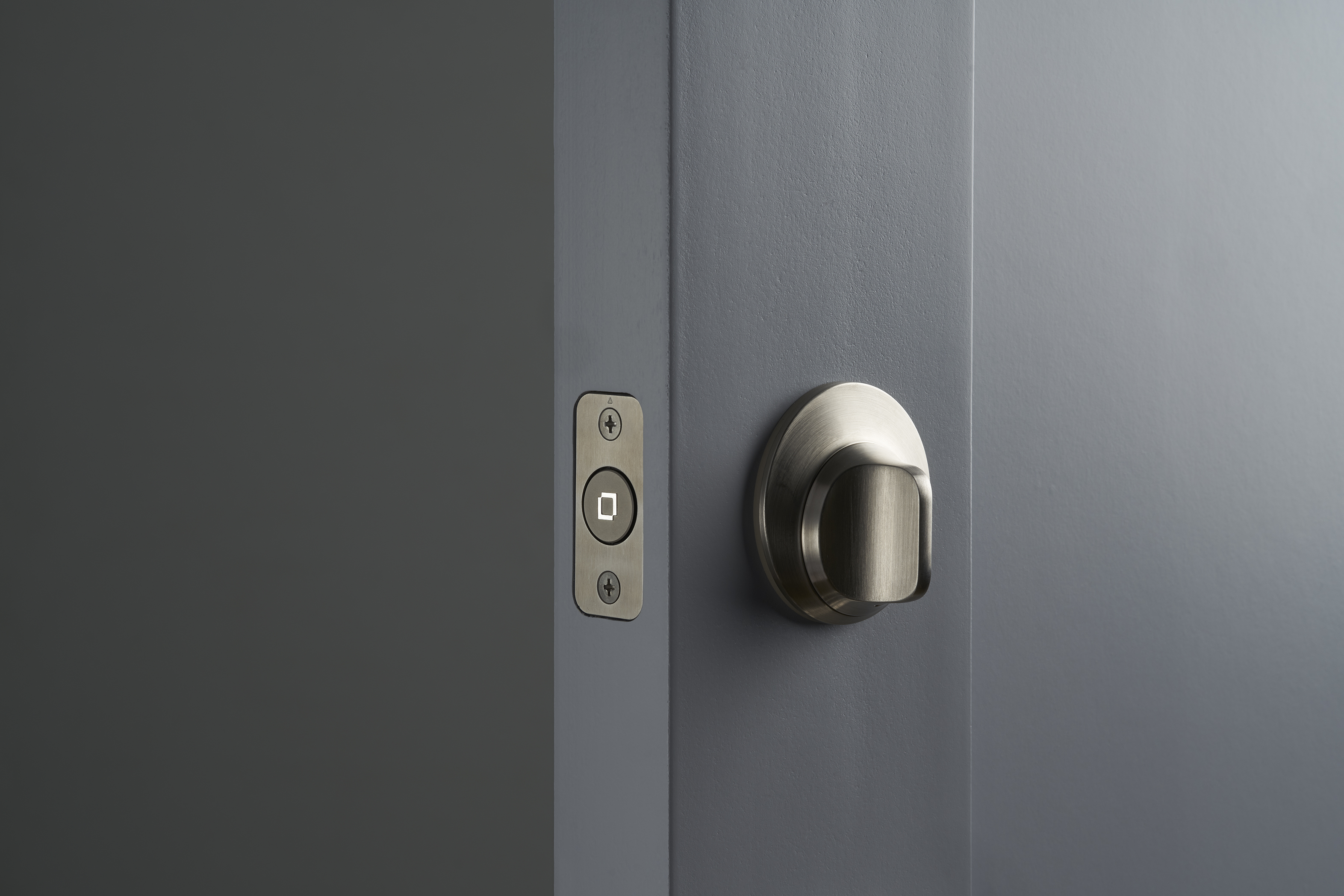 The Level Touch takes everything that’s great about the Bolt, and adds in some super smart additional features like a capacitive external deadbolt housing, which allows an amazing touch-to-lock/touch-to-unlock feature, and NFC that allows you to use programmable NFC cards and stickers to issue revokable passes to unlock your door. On top of all that, it’s probably the most attractive deadbolt I’ve ever owned or used, which is saying a lot in a field of smart locks where most offerings have unsightly large keypads or large battery compartments.

The Level Bolt’s design is clever in its ability to be completely invisible when in use. The deadbolt itself is the battery housing, holding one lithium CR123A battery (included in the box, offers over a year’s worth of use). Installing the Bolt was as easy as unscrewing my existing deadbolt, removing the internal deadbolt mechanism, picking out the right adapter for the cam bar, and then inserting it into my door’s deadbolt lock and screwing back together the external face plates. It took under 10 minutes, start to finish.

Setting up the lock was also simple. You just download the app and follow the instructions, and you’ll be able to control your app in just minutes, too. Using the app, you set up a home profile for your lock or locks, and you can also invite others in your household to share access (they’ll have to install the app and get a profile to do so). You can also set up HomeKit if you have an Apple device and a HomeKit hub (this could be an Apple TV or an iPad) and instantly unlock a lot of features including remote unlocking and locking control when you’re away from home. 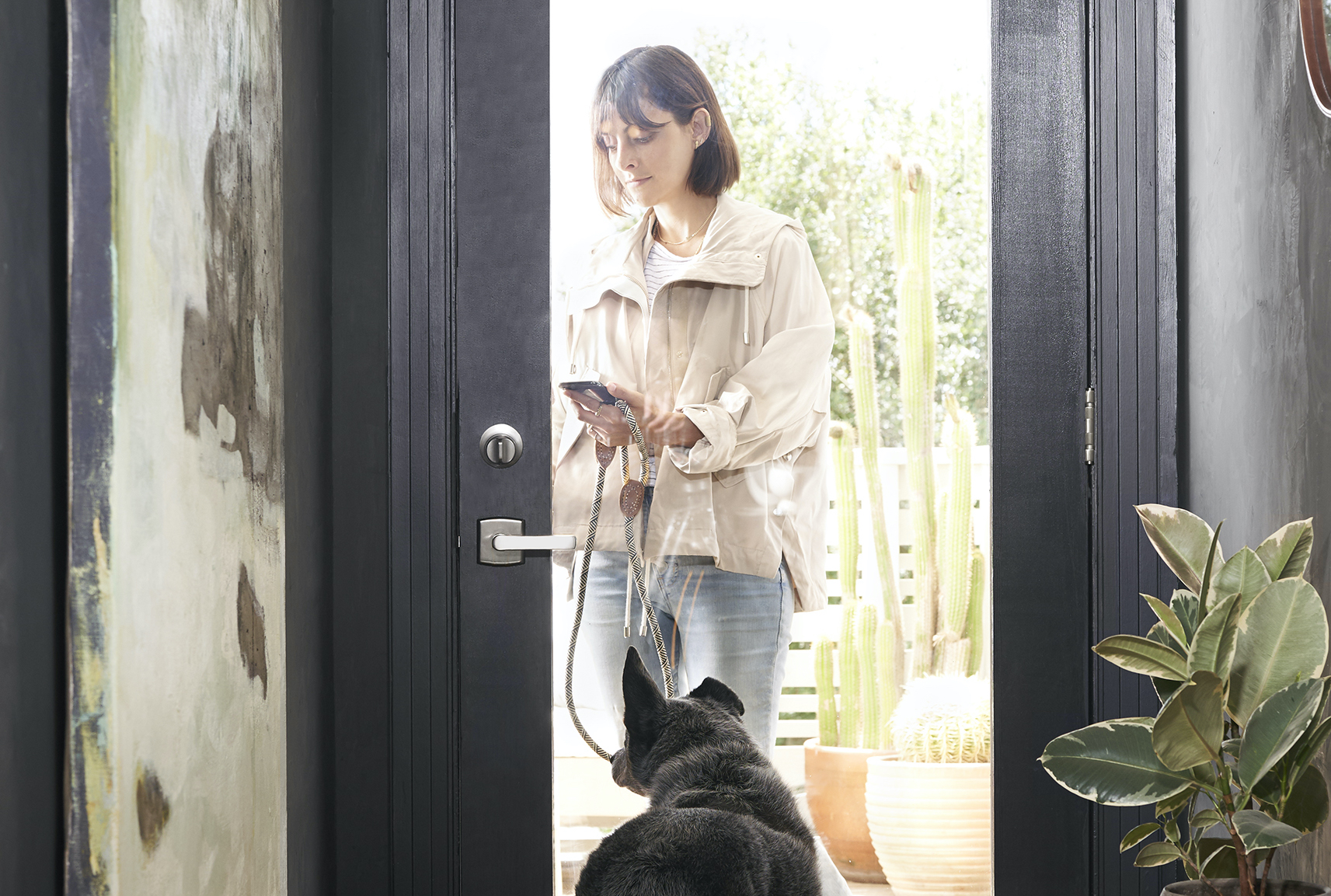 Even without HomeKit, you can set up Level to automatically lock once you leave a certain geofenced area around your home and to automatically unlock once you return within that perimeter. It’s a fantastic convenience feature that works great and offers tons of benefits when it comes to things like coming home with armfuls of groceries or large packages.

With the Level Touch, you get all of the above, plus a feature I’ve come to find indispensable: touch control. The metal exterior of the Level Touch’s outside cylinder has capacitive touch sensors, which means that like your iPhone’s screen, it can detect when it’s touched by a finger or skin. You can activate a touch-to-lock feature that will allow it to lock whenever people leave and hold their finger to the deadbolt cover, and you can even set it to unlock when it detects a touch combined with immediate proximity of your phone for identity verification purposes.

To me, this is even more useful than auto-lock/auto-unlock, and yet still much more convenient than fumbling with keys or even using the app to manually lock/unlock. It’s one of Level Touch’s unique advantages, and it’s a big one.

As for installation of the Level Touch, it’s also very easy — no more difficult than installing any deadbolt you might buy at the hardware store. Like the Bolt, it uses a single CR123A battery loaded right into the deadbolt itself that should give you enough power for over a year of use.

Smart locks have become a lot more prevalent over the past few years, but they also haven’t really progressed much in terms of functionality or design. Level has upended all that, bringing the best of convenience features and miniaturized hardware technology to smart, modern design that leapfrogs the competition.