After announcing its latest data center region in Austria earlier this month and an expansion of its footprint in Brazil, Microsoft today unveiled its plans to open a new region in Taiwan. This new region will augment its existing presence in East Asia, where the company already runs data centers in China (operated by 21Vianet), Hong Kong, Japan and Korea. This new region will bring Microsoft’s total presence around the world to 66 cloud regions.

Similar to its recent expansion in Brazil, Microsoft also pledged to provide digital skilling for more than 200,000 people in Taiwan by 2024 and it is growing its Taiwan Azure Hardware Systems and Infrastructure engineering group, too. That’s in addition to investments in its IoT and AI research efforts in Taiwan and the startup accelerator it runs there.

“Our new investment in Taiwan reflects our faith in its strong heritage of hardware and software integration,” said Jean-Phillippe Courtois, executive vice president and president, Microsoft Global Sales, Marketing and Operations. “With Taiwan’s expertise in hardware manufacturing and the new data center region, we look forward to greater transformation, advancing what is possible with 5G, AI and IoT capabilities spanning the intelligent cloud and intelligent edge.” 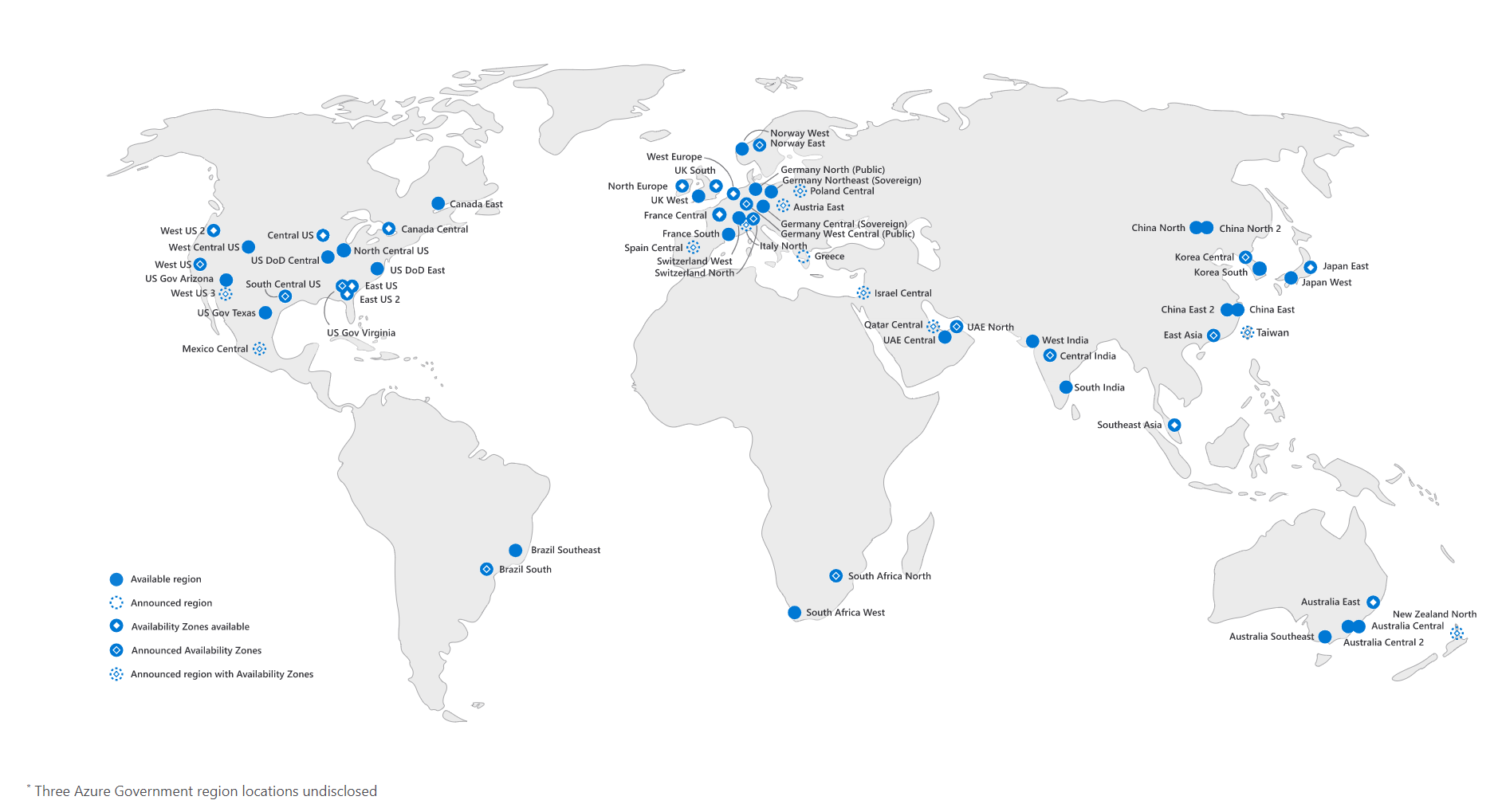 The new region will offer access to the core Microsoft Azure services. Support for Microsoft 365, Dynamics 365 and Power Platform. That’s pretty much Microsoft’s playbook for launching all of its new regions these days. Like virtually all of Microsoft’s new data center region, this one will also offer multiple availability zones.