Postmates is now rolling out what could be the biggest update to the company’s service in a long time — adding a retail option for users to shop local stores and for local merchants to set up a virtual on-demand storefront in the app.

Starting in Los Angeles — and building on yesterday’s test run pop-up shop with the Los Angeles Rams — Postmates users will be able to shop local merchants listed in the company’s new retail tab in the Postmates app called, appropriately, “Shop.”

LA Rams, Fanatics and Postmates coordinate on an on-demand pop-up

It’s the first public launch of a new initiative headed up by Mike Buckley, a veteran Nike exec who Postmates poached in August to become the company’s senior vice president of business. At Nike, Buckley served as the vice president of digital commerce operations and new business models.

While Postmates has made some small steps in retail delivery (primarily electronics), Buckley said the new service greatly expands that footprint. Shops available to willing Los Angeles customers cover everything from home goods, cosmetics and clothes to even vinyl records.

Buckley said the company decided to launch its efforts in Los Angeles because it was a market where Postmates had a good penetration of delivery workers and a big market. “We wanted to create an experience where, as a consumer, if you went there you would feel there’s good coverage,” Buckley said. “Most of the LA metro area will have access to the tab. We started the test in Venice Beach in Abbot Kinney… that’s where you’d find the best coverage… We have reasonable coverage throughout broader urban LA.” 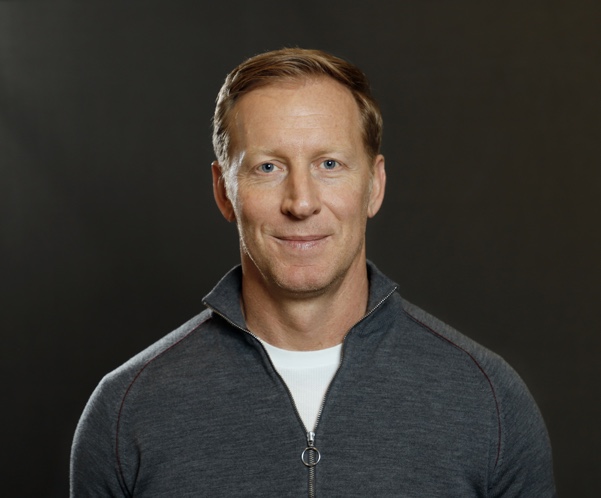 At launch, there will be nearly 50 retailers on the site, including shops like Buck Mason, Le Labo, Parachute Home, the Venice Beach Boutique, Coutula 12th Tribe, Timbuk2, Zadig & Voltaire, Supervinyl and Urbanic.

Retailers can decide how many products they want to sell through the app, and the main goal, according to Buckley, is to see what kind of products resonate with consumers for delivery.

For local merchants who have been hit hard by the lockdown orders put in place as a response to the COVID-19 pandemic, on-demand delivery options from Postmates could create a new line to wary would-be shoppers that still don’t feel like braving the checkout line at a small boutique.

As case counts spike in the U.S. the prospect of a return to lockdown looms large for some regions. That could have an impact on retail sales that were already projected to be dismal.

In fact, the online analytics service eMarketer projected a 10.5% decline in total U.S. retail sales this year, and a 14.0% drop in brick-and-mortar sales… even before the second wave of the pandemic began surging in the U.S. earlier this month.

The new on-demand option could also provide retailers with another avenue to lure customers through timed flash sales, exclusive “drops” to Postmates users and other retailing tricks that were Buckley’s stock and trade at Nike.

“That’s absolutely one of the ways we think we can drive engagement to these merchants and create calls to action with these merchants,” Buckley said.

In some ways, the move into consumer retail shopping takes Postmates back to its earliest days, when the service allowed users to demand delivery of almost anything. “I think about this continuing… the company’s original vision of anything anytime anywhere… They had an aspiration to deliver all kinds of different products and food became the killer app given the frequency,” Buckley said.

The “Shop” tab going live for Los Angeles residents and will be restricted to Los Angeles throughout the fourth quarter before a wider rollout in the first quarter of 2021. Buckley expects the new service to be phased in at other big metro areas across the Southwest first before hitting markets on the East Coast.

Uber confirms it is acquiring Postmates in an all-stock, $2.65B deal

Within the Postmates “Shop” tab, shops will be able to sell their inventory and showcase products with configurable catalogues, including high-resolution images. Shops also can offer customers a choice between on-demand delivery, in-store pickup or non-contact curbside pickup.

Delivery and service fees will apply to the shopping experience, but Postmates unlimited subscribers will get free delivery, according to the company.

“This year, COVID really changed the landscape of how we purchase essentials, spend time recreationally, and even how we treat ourselves,” said Heather DeLeon, director of Sales, Anastasia Beverly Hills, one of the retailers using the new service, in a statement. “Shop is such an interesting opportunity because it lets people get their hands on our products in a completely new and exciting way.”