After spending a few hours with the PlayStation 5 and its completely redesigned DualSense controller, I can say with confidence that the new haptics and audio features certainly work — and could become integral to the gaming experience. But only if — and it’s a big if — developers truly embrace the tech.

The DualSense controller replaces the extremely familiar and beloved design of the DualShock, which has remained largely the same shape since the first one shipped for the original PlayStation 25 years ago.

While the general layout is the same, the feel of the new controller is significantly different and the appearance is aligned with the PS5’s distinctive but questionable hyper-futuristic look. I’m not entirely sold on the new shape but I’ve also had a long time to get used to the old one, so I’m withholding judgment while I work on the full review.

I can tell you right now though that there indeed are tiny PlayStation symbols all over this thing: 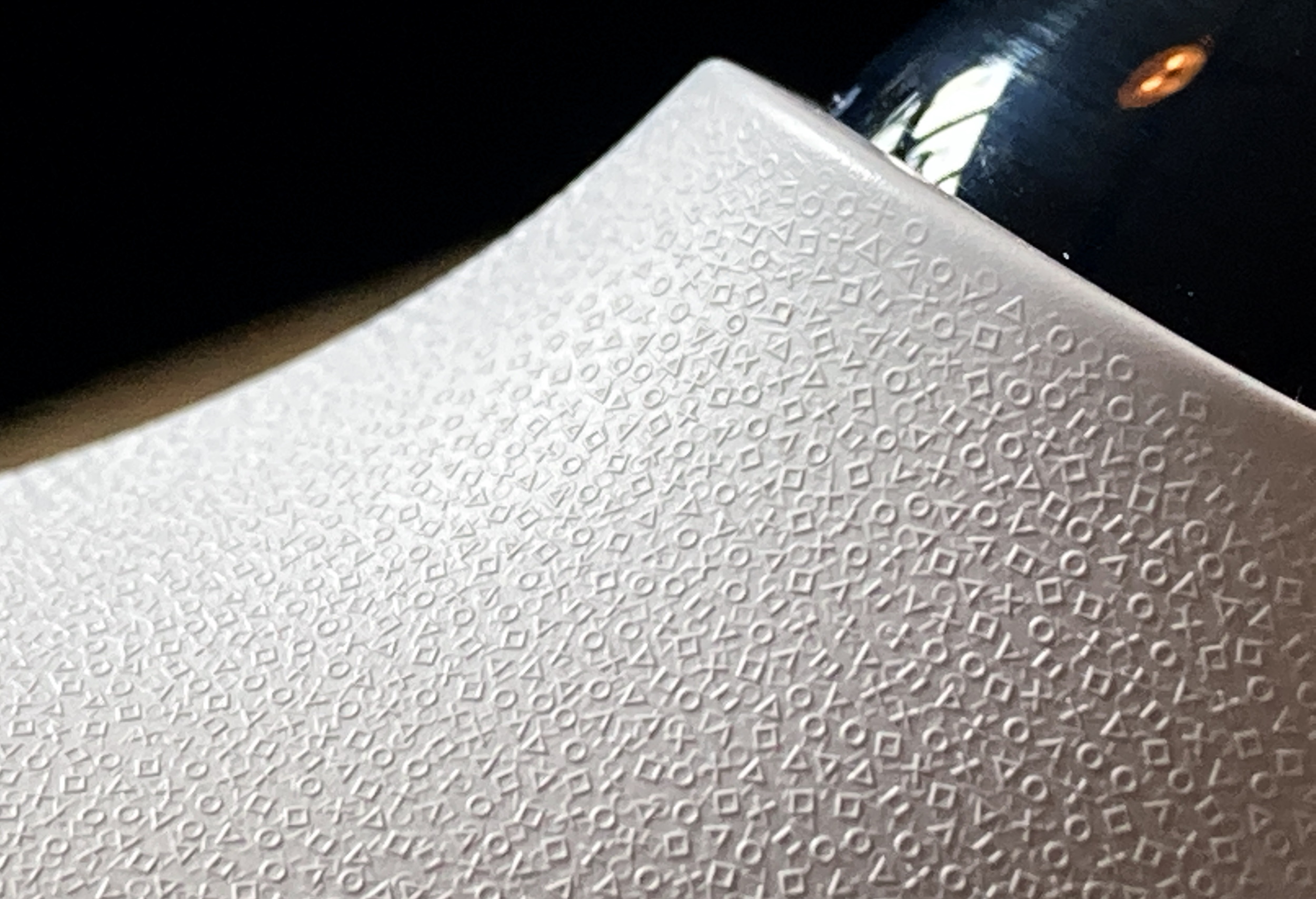 I worry these will be grease magnets.

Shipping with every PS5 is Astro’s Playroom, which like Nintendoland and Wii Sports is intended to provide a reference experience for all the controller’s new features. It may not be quite as original or persistently enjoyable as Nintendo’s pack-ins (which still number among the best games for their platforms), but it’s a fun little playroom that does a good job showing off the DualSense.

The first and perhaps most immediately compelling feature is the haptic feedback on the trigger buttons, L2 and R2. It’s one of those things that when you feel it working, you immediately start thinking about how it could be used.

What it does is allow not just precision vibration but actual resistance to be added to the triggers, something that sounds vague in theory but is very easy to grasp, so to speak, in practice.

For instance, in the setup process for Astro’s Playroom the feature is introduced by simply asking you to pull the triggers and feel it. You’ll certainly have pulled them before that, so you know that they’re nearly frictionless normally. But suddenly they’re pushing back against your finger — then a click, and the resistance is gone.

“What is this sorcery?” I recall saying out loud at the time, or something like it but more profane. It really is that immediately compelling. 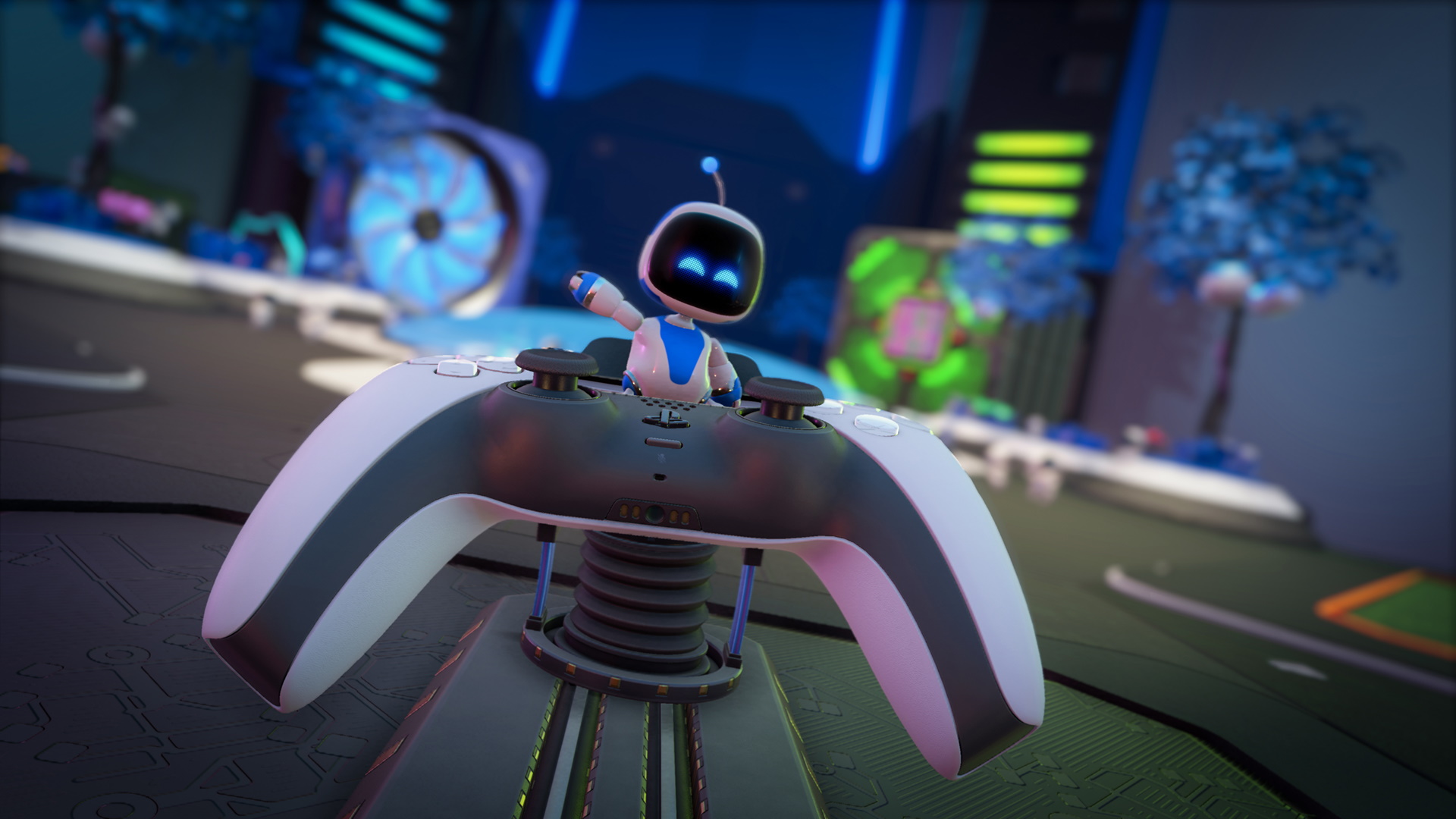 Later, in the first stage I tried of the game, your little robot jumps into a sort of spring suit (a metal spring, not a linen two-piece) and you have to pull the trigger to make it jump. The haptics in this case truly give a feel of compressing something (though, having played with springs before, I know they don’t feel like this), and importantly give you a non-visual, intuitive indicator of how far you’ve depressed the trigger. My brain was quicker to register how far I’d pulled it with the combination of sound, haptics and graphics than graphics alone. And because the feeling is localized to the trigger you’re using, there’s no confusion with the greater vibrations of the all-purpose rumble system.

The Switch’s Joy-Cons have a sort of precision haptics in them, and while the demo of that feature was interesting — feeling little objects rattle around “inside” the controller — it’s actually quite hard to think of ways it could be used in gameplay. And indeed few games have done so, though to be fair rumble in general is probably better because of it.

In the DualSense’s case, I was immediately thinking, “this would be great for…” and wishing I’d had it in this or that game in the past. It opens up possibilities I’ve never liked the idea of, like “pull the trigger halfway to do one thing, all the way to do another. It’s also potentially a great accessibility feature.

Having a speaker and microphone in the controller is nothing new, though they appear to have been upgraded for the DualSense. Few games have been able to use these features properly, and Astro’s Playroom resorts to the old “blow on the controller to make a propeller go” thing. I can’t imagine anyone wanting to do that in any real game — but why can’t I yell “Go, cyberdog! Attack the monster on the right” to direct my (sadly fictitious) companion, or something like that?

Unfortunately that gets to the heart of what makes even the excellent haptic feature a potentially lost cause. Developers need to design for them in a big way, and that’s difficult when you can’t guarantee that people will want or be able to use them. Not only that, but if you want to release on Xbox and PC too, you have to remove them. So they become optional features… and since they’re optional, they can’t be integrated into the game as deeply to begin with, making them less compelling overall. It’s happened over and over with various innovations gaming companies have come up with over the years, and it may happen with this generation’s gimmicks as well.

Sony’s best bet is to make integration painless and highly incentivized, though it’s hard to imagine how multi-platform developers like Ubisoft can do much more than the minimum. Serious use will likely be limited to a handful of top-shelf Sony-funded PS5 exclusives that players will marvel at.

It’s an interesting new gameplay feature, but hardly one that screams “next-generation.” Indeed little about the next consoles from Sony or Microsoft screams that except the specs. That doesn’t mean they aren’t worth buying — but don’t expect anything transformative.