Deci, a Tel Aviv-based startup that is building a new platform that uses AI to optimize AI models and get them ready for production, today announced that it has raised a $9.1 million seed round led by Emerge and Square Peg.

The general idea here is to make it easier and faster for businesses to take AI workloads into production — and to optimize those production models for improved accuracy and performance. To enable this, the company built an end-to-end solution that allows engineers to bring in their pre-trained models and then have Deci manage, benchmark and optimize them before they package them up for deployment. Using its runtime container or Edge SDK, Deci users can also then serve those models on virtually any modern platform and cloud. 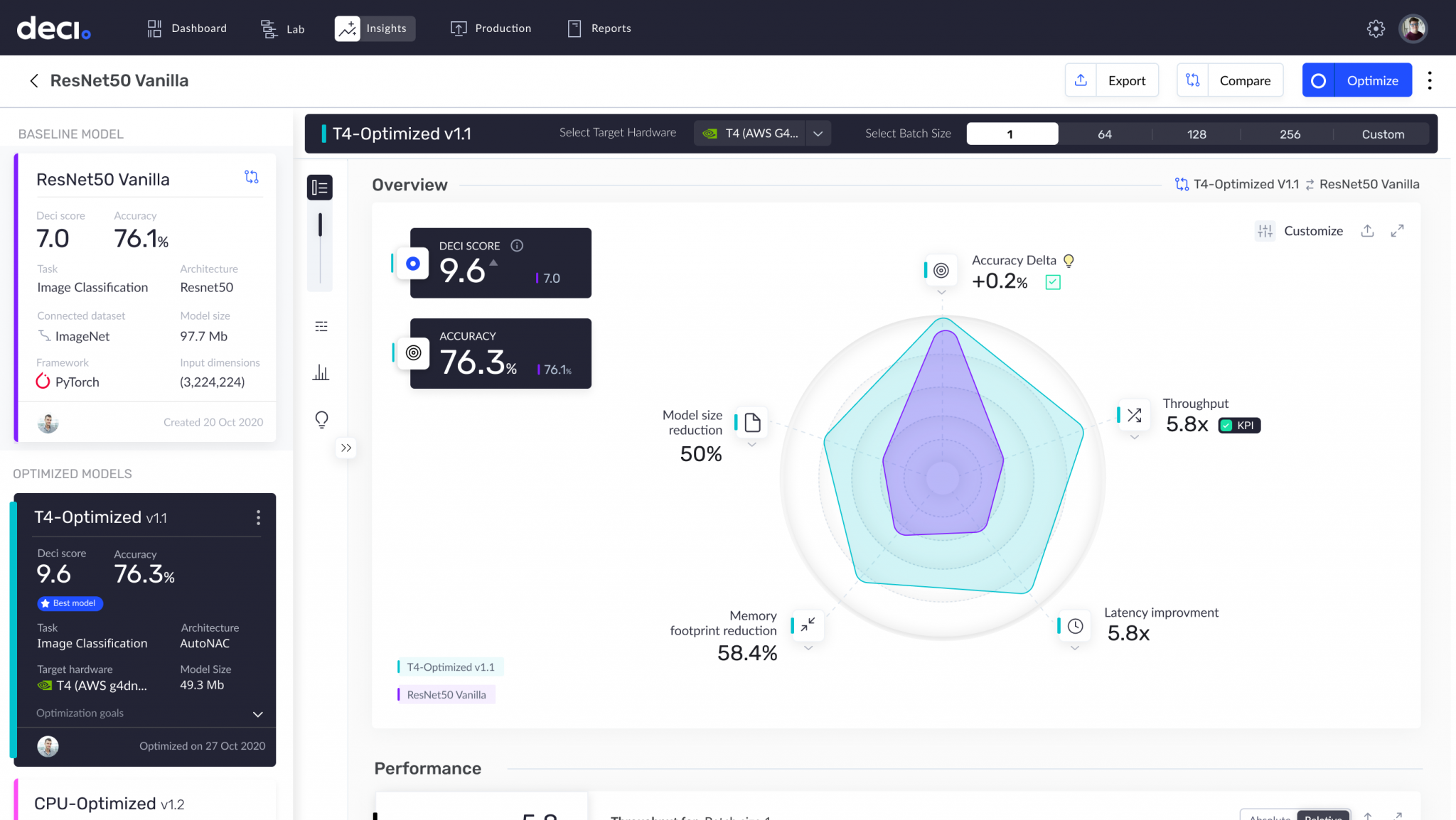 Deci’s insights screen combines all indicators of a deep learning model’s expected behavior in production, resulting in the Deci Score — a single metric summarizing the overall performance of the model. Image Credits: Deci

“Deci is leading a paradigm shift in AI to empower data scientists and deep learning engineers with the tools needed to create and deploy effective and powerful solutions,” says Yonatan Geifman, CEO and co-founder of Deci. “The rapidly increasing complexity and diversity of neural network models make it hard for companies to achieve top performance. We realized that the optimal strategy is to harness the AI itself to tackle this challenge. Using AI, Deci’s goal is to help every AI practitioner to solve the world’s most complex problems.” 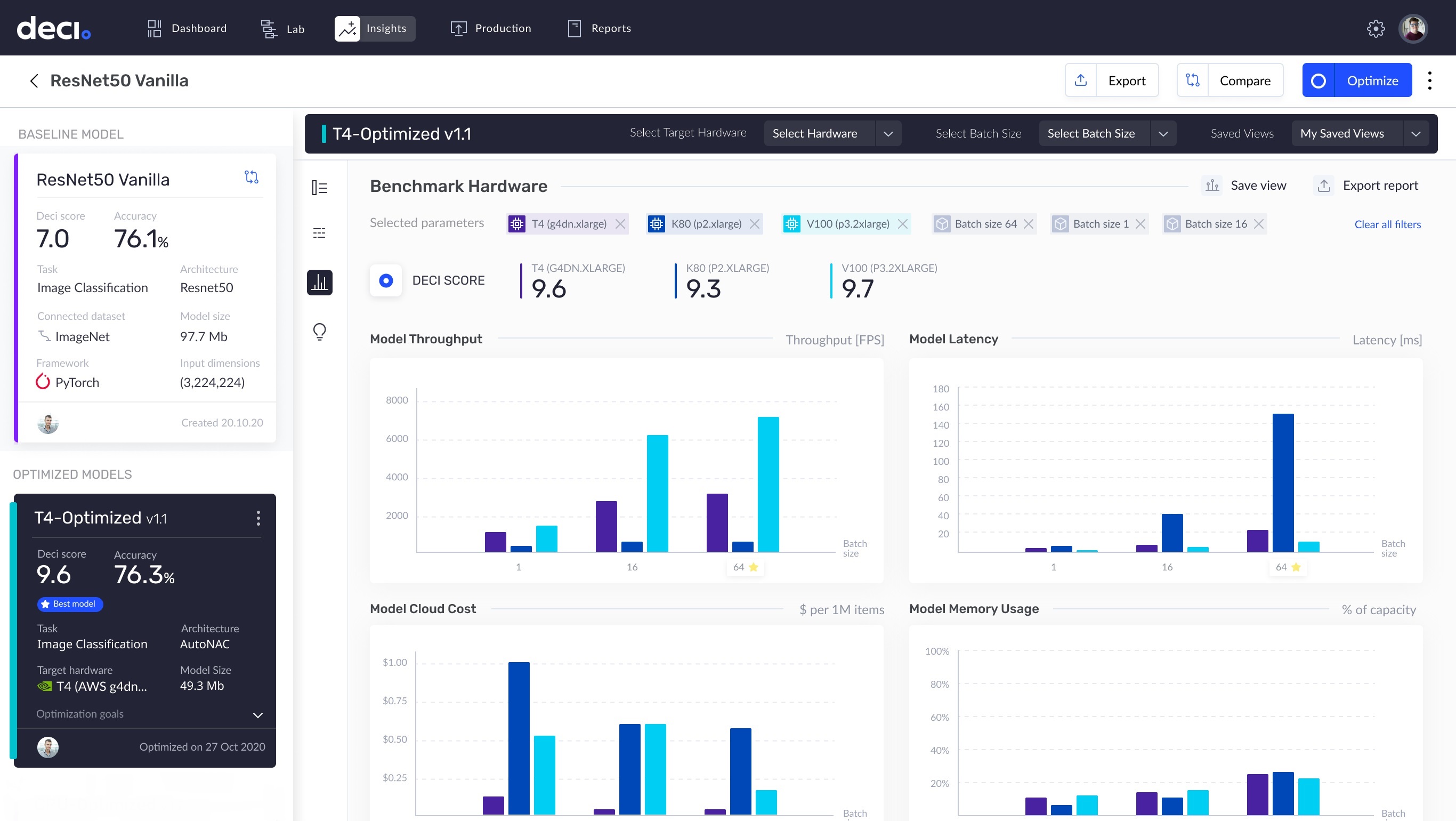 The company promises that, on the same hardware and with comparable accuracy, Deci-optimized models will run between five and 10 times faster than before. It can make use of CPUs and GPUs for running its inference workloads and the company says that it is already working with customers in autonomous driving, manufacturing, communication and healthcare, among others.

“Deci‘s ability to automatically craft top-performing deep learning solutions is a paradigm shift in artificial intelligence and unlocks new opportunities for many businesses across different industries,” said Liad Rubin, partner at Emerge. “We are proud to have partnered with such incredible founders and be part of Deci’s journey from day one.”