Quibi dies…and no one was surprised

There was so much wrong with Quibi’s premise that it’s sometimes hard to even know where to start. But at the core, its problem was that it fundamentally misunderstood how, when and why users would watch video on their phones.

The company’s thinking was that you could fund high-production value content ($100K/minute, yikes) then chop it up into smaller “bites,” add a technology layer, then call this a reinvention of cinema.

The reality is there was little demand for this sort of content, and it didn’t fit with how people want to be entertained on their phones.

When people want to appreciate high-quality filmmaking (or even TV production), they tend to want a bigger screen — they’ve spent money for their fancy high-def or 4K TV, after all. Pre-COVID, they might even pay to go a movie theater. On mobile, the production value of content is far less of a concern, if it even registers.

Quibi also misunderstood what users want to watch in terms of video on their phones when they have a few minutes to kill.

By positioning its app in this space, it had to compete with numerous and powerful sources for “short-form” content — existing apps like YouTube, TikTok, Facebook (e.g. News Feed content, Watch feeds), Instagram Stories, Snapchat and so on. This is content you don’t have to get invested in, since you’re just distracting yourself from a few minutes of boredom. It’s not a time or place to engage with a longer story — chopped or otherwise.

Quibi also cut the length of content to serve its artificial limitations — at the expense of story quality and enjoyment.

A reality show dumbed down to just its highlights is almost unwatchable, as it exposes the editors’ machinations and manipulations that are better hidden among longer stretches of fluff. And there was simply no reason to cut down movies — like Quibi’s “The Dangerous Game,” for example — into pieces. It didn’t elevate the storytelling; it distracted from it. And if you wanted a quick news update (e.g. Quibi’s “Daily Essentials”), you didn’t need a whole new app for that.

Quibi content may have been considered “high quality,” but it often wasn’t good. (I still can’t believe I sat through an episode of “Dishmantled,” where chefs had to recreate dishes of food that were thrown in their face. And Quibi had the nerve to shame YouTube’s low-quality and lack of talent?!)

Quibi also wanted to charge for its service, but its catalog wasn’t designed for families, with content that ranged from kids to adult programming. It didn’t offer parental controls. This immediately limited its competitiveness.

At launch, Quibi also limited itself to the phone, which meant it limited your ability to use the phone as a second screen while you watched a show. (There was no PiP support). TechCrunch has been writing about phones as the second screen for the better part of a decade, often with a focus on startups. But in Quibi’s case, it killed the second screen experience, seemingly forgetting that people text friends, order food, check Twitter and peek in on other apps while a TV show plays in the background. Did it really think that a reboot of “Punk’d” deserved our full attention?

Quibi naturally blamed COVID for its failure to thrive. It had imagined a world where users had ample time to kill while out and about: commuting on the subway, standing in long lines, that sort of thing.

But even this premise was flawed. It would have eventually caught up to Quibi, too; COVID just accelerated it. The issue is that Quibi imagined the U.S. as only a swath of urban metros where public transportation is abundant and standing in lines is the norm. In reality, more than half (52%) the U.S. is described as suburban, 27% is urban and 21% is rural. Non-urban commuters often drive themselves to work. Sure, they could stream Quibi during those commutes, but not really look at it. So why burn high-production value on them? And standing in long lines, believe it or not, is not actually that common in smaller cities and towns, either. If it only takes two minutes to grab a coffee or a burrito before you hop back in your car, do you really want to start a new show?

So where would that have left Quibi? Hoping for Gen Z’ers attention as they lounge around their bedrooms looking for something to do? And yet it wanted to appeal to these kids using Hollywood A-Listers they don’t even know? As COVID pressed down, it left Quibi in competition with (often arguably better) content that streamed natively on the TV from apps like Netflix, HBO, Hulu, Prime Video, Disney+, and others where you could binge through seasons at once instead of waiting every week for a new “quick bite” to drop.

There’s more, so much more that could still be said, including the fact that a former eBay and HP CEO may not be the right person to lead a company that wanted to dazzle a younger demographic. Or how its video-flipping TurnStyle feature was clever, but added complexity to filmmaking, and was not enough of a technological leap to build a business around. Or how, no matter how much money it had raised, it was still not enough, compared with the massive budgets of competitors like Netflix and Amazon.

You can read a further post-mortem round-up here. And another here. Because we can’t get enough post-mortems, apparently.

As a result of the earnings, shares jumped nearly 30% the next day and its valuation cracked $50 billion for the first time, a record high.

During earnings, the company touted it now reaches 90% of the Gen Z population and 75% of millennials in the U.S., U.K. and France. User growth was attributed to new products, including Profiles, Minis, Lens creation tools and AR ads. In particular, Snap leveraged the Facebook ad boycott to reach out to brands that wanted to “realign their marketing efforts” with companies that “share their corporate values,” the company said. 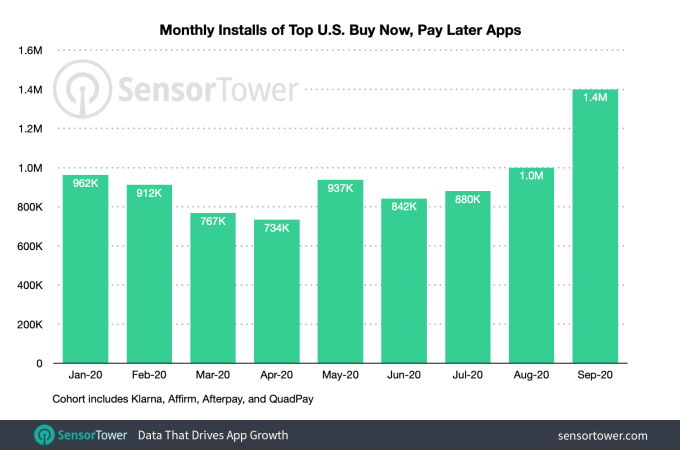 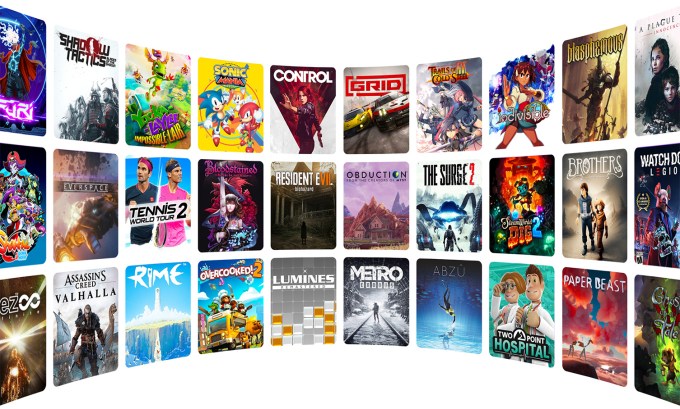 Facebook is working on Neighborhoods, a Nextdoor clone based on local groups 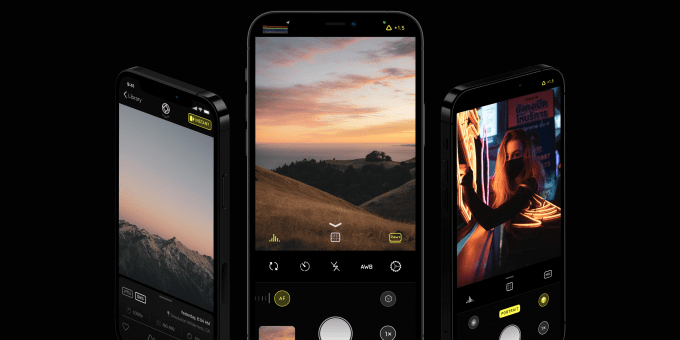 The developers of popular pro iPhone camera apps Halide and Spectre this week launched their latest creation, the Halide Mark II camera app. The new interface has been designed for one-handed operation and includes a range of new features.

These include a new gesture-based automatic and manual switcher; tactile touch for enabling and disabling features like exposure warnings, focus peaking, and loupe as you adjust exposure or focus; an overhauled manual mode; new dynamic labeling of controls and actions to explain features to new users; support for the edge-to-edge interface of the iPhone 12 models; a redesigned reviewer with a full metadata read-out; in-app memberships for photo lessons; and over 40 more changes.

A new “Coverage” feature can take a photo with Smart HDR 2/3 and Deep Fusion for maximum quality and computational processing as well as a RAW file — with only a slight delay between captures. 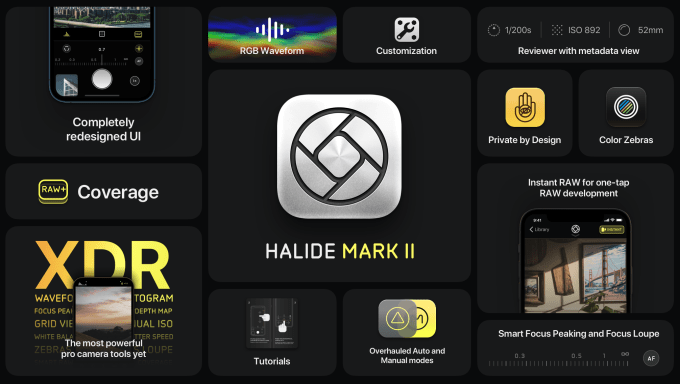 Halide Mark II also uses machine learning to process an iPhone RAW file in the app (ProRAW) with 17 steps, including detail enhancement, contrast and color adjustment and more. This feature, called Instant RAW, intelligently develops the file to get the best possible results.

The app is $36 (currently $30 during a promo period) if you want to only pay once. Otherwise it’s $11.99 per year on subscription (currently $9.99 per year if you lock in the price now during the promo period). Subscribers to the membership plan also get perks, like custom icons. Existing Halide 1 users, unbelievably, are upgraded for free but are asked to support the app with a membership.

Here's a thread of what you can already do with it ↓ 1/n#ML #AR #AI pic.twitter.com/0fQJQ8KRBv

A new app called ClipDrop launches on iOS, Android, macOS and Windows as a new sort of “copy and paste” experience. The app uses state-of-the-art vision AI to copy images from your desktop with a screenshot to any other app (e.g. Docs, Photoshop, Canva, etc.) and it allows you to extract anything — objects, people, drawings or text.

The mobile app lets you snap photos of real-world items and then digitally transfer them to other apps or websites. In the below demo, the company shows how you could “clip” an image of an article of clothing using the camera, then import the photo into a document.

The company also just released a plugin for Photoshop that lets you drop the image into its app as a new layer with an editable mask. 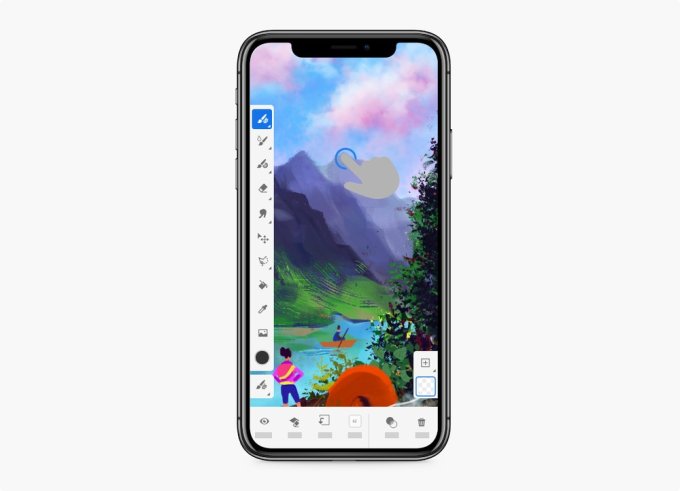 As part of Adobe’s virtual MAX 2020 conference this week, the company launched the first public version of its Illustrator vector graphics app on the iPad and brought its Fresco drawing and painting app to the iPhone. In time, the company plans to bring more effects, brushes and AI features to Illustrator. Fresco 2.0, meanwhile, includes new smudge brushes and support for personalized brushes, among other things.

Designed for landlords, Airbnb owners or other vacation rental property owners, Party Squasher offers a hardware device and paired mobile app that counts the number of people at your house by counting the mobile phones in or around a house. The phones can be counted even if they’re not connected to the home’s Wi-Fi.

Because the device doesn’t include cameras or microphones, it’s ideal for ensuring that renters aren’t hosting large (and these days, potentially illegal) parties without violating privacy.

In the event that a large gathering is present, you’re sent a text or email so you can take action.

Quibi made their “episodes” 11 minutes to avoid paying union writers. Everyone should MC Hammer dance on their grave.

Omg I forgot to turn her app time limits back on pic.twitter.com/wrzSTGizWA

Can you guess why?

The best moments from @AOC's Among Us stream on @Twitch last night. pic.twitter.com/13dGGgeWTF