Buildings are the bedrock of civilization — places to live, places to work (well, normally, in a non-COVID-19 world) and places to play. Yet how we conceive buildings, architect them for their uses and ultimately construct them on a site has changed remarkably little over the past few decades. Housing and building costs continue to rise, and there remains a slow linear process from conception to construction for most projects. Why can’t the whole process be more flexible and faster?

Well, a trio of engineers and architects out of MIT and Georgia Tech are exploring that exact question.

MIT’s former treasurer Israel Ruiz along with architects Anton Garcia-Abril of MIT and Debora Mesa of Georgia Tech have joined together on a startup called WoHo (short for “World Home”) that’s trying to rethink how to construct a modern building by creating more flexible “components” that can be connected together to create a structure. 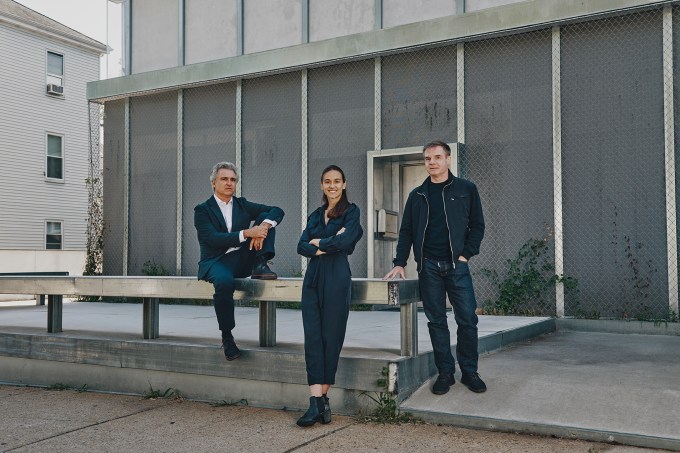 By creating components that are usable in a wide variety of types of buildings and making them easy to construct in a factory, the goal of WoHo is to lower construction costs, maximize flexibility for architects and deliver compelling spaces for end users, all while making projects greener in a climate unfriendly world.

The team’s ideas caught the attention of Katie Rae, CEO and managing partner of The Engine, a special fund that spun out of MIT that is notable for its lengthy time horizons for VC investments. The fund is backing WoHo with $4.5 million in seed capital.

Ruiz spent the last decade overseeing MIT’s capital construction program, including the further buildout of Kendall Square, a neighborhood next to MIT that has become a major hub for biotech innovation. Through that process, he saw the challenges of construction, particularly for the kinds of unique spaces required for innovative companies. Over the years, he also built friendships with Garcia-Abril and Mesa, the duo behind Ensamble Studio, an architecture firm.

With WoHo, “it is the integration of the process from the design and concept in architecture all the way through the assembly and construction of that project,” Ruiz explained. “Our technology is suitable for low-to-high rise, but in particularly it provides the best outcomes for mid-to-high rise.”

So what exactly are these WoHo components? Think of them as well-designed and reusable blocks that can be plugged together in order to create a structure. These blocks are consistent and are designed to be easily manufactured and transported. One key innovation is around an improved reinforced cement that allows for better building quality at lower environmental cost. 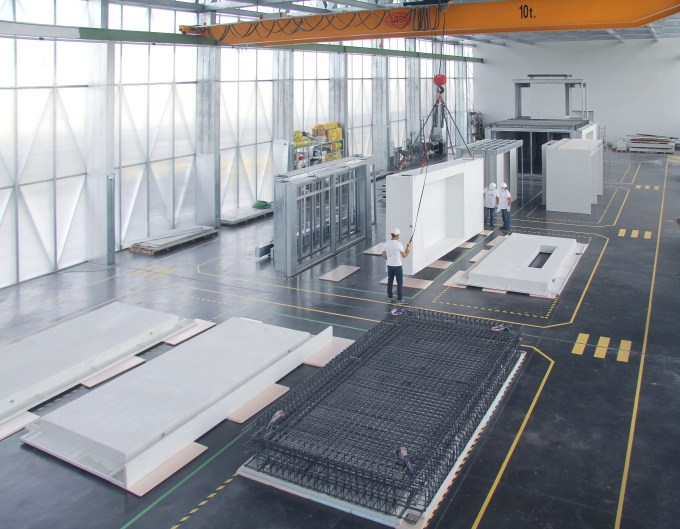 Conception of a WoHo component under construction. Photo via WoHo

We have seen modular buildings before, typically apartment buildings where each apartment is a single block that can be plugged into a constructed structure (take for example this project in Sacramento). WoHo, though, wants to go further in having components that offer more flexibility and arrangements, and also act as the structure themselves. That gives architects far more flexibility.

It’s still early days, but the group has already gotten some traction in the market, inking a partnership with Swiss concrete and building materials company LafargeHolcim to bring their ideas to market. The company is building a demonstration project in Madrid, and targeting a second project in Boston for next year.