2020 is June’s time to shine. With an increasing number of people stuck and home, trying (and often failing) to fend for themselves in their kitchen, the smart oven startup has a solid opportunity to considerably expand its users base.

“The rise in at-home cooking has caused us to reevaluate June’s cook-programs to achieve more culinary possibilities not captured by a standard home oven,” CTO and co-founder Nikhil Bhogal said in a release.

Today it announced the launch of a third-generation oven, two years after its last major update. From the sound of it, the update is a relatively minor one. There are a handful of upgrades to the oven’s hardware, including a new handle, added guard rails on top of heating elements, quieter fans and a new chipset with better wireless connection. 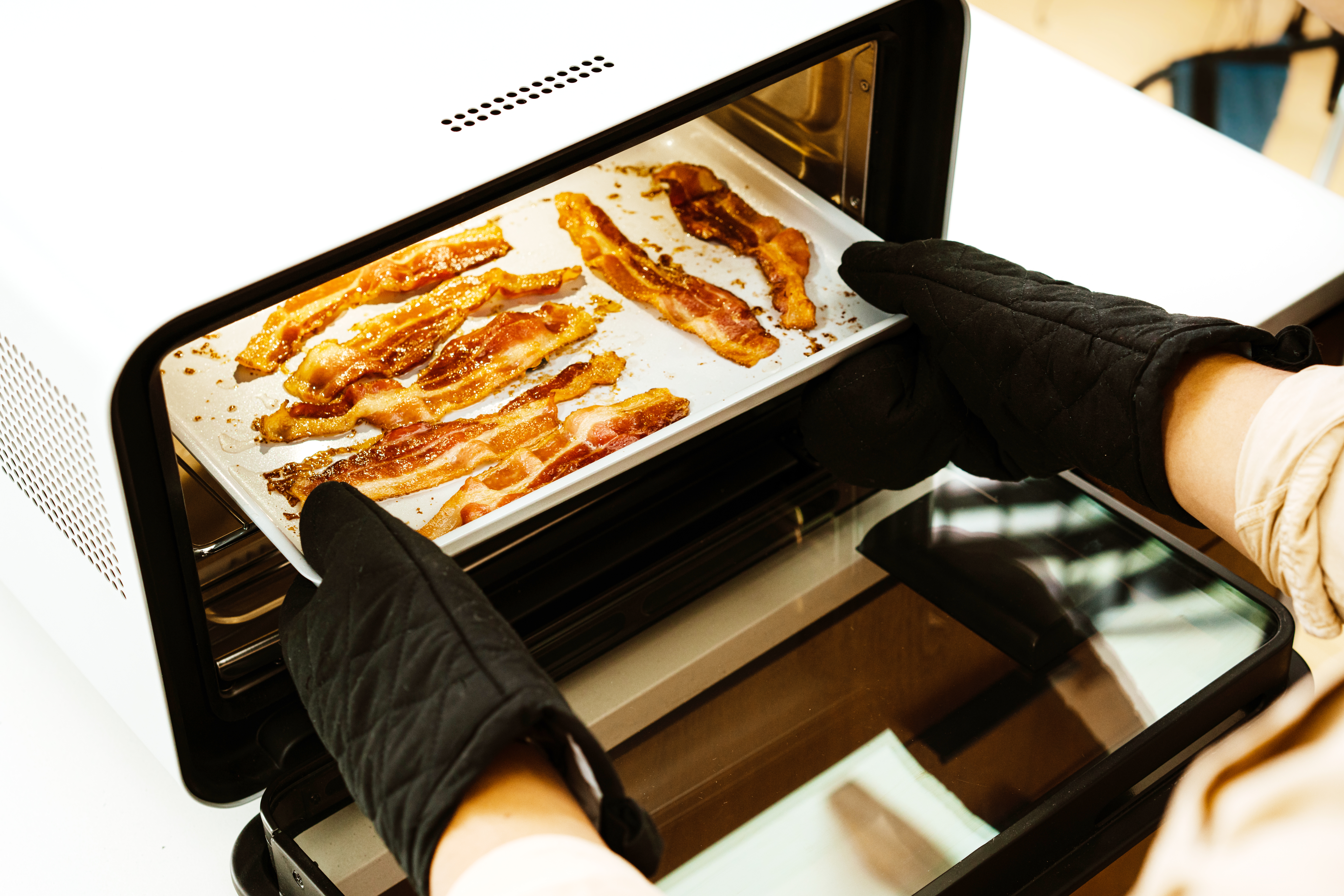 The biggest change to its functionality is the ability to control each of its six heating elements individually (whereas the previous model only controlled them as groups) for more even roasts. The software interface has gotten an upgrade, as well, and the on-board AI camera system is capable of recognizing where the food is placed for optimal cooking and can identify hundreds of different food types.

At $599, it’s still a pricy kitchen appliance. The system amounts to a large, smart toaster oven — albeit one with a bunch of different food-cooking options, from air frying to dehydrating and broiling. The price goes up from there. There’s a $799 bundle that adds a year to the warranty and includes a one-year subscription to the June premium service and a $999 version that includes a bunch of additional add-ons, including air baskets, a pizza and grill kit and additional thermometers.