Contrast, a developer-centric application security company with customers that include Liberty Mutual Insurance, NTT Data, AXA and Bandwidth, today announced the launch of its security observability platform. The idea here is to offer developers a single pane of glass to manage an application’s security across its lifecycle, combined with real-time analysis and reporting, as well as remediation tools.

“Every line of code that’s happening increases the risk to a business if it’s not secure,” said Contrast CEO and chairman Alan Naumann. “We’re focused on securing all that code that businesses are writing for both automation and digital transformation.”

Over the course of the last few years, the well-funded company, which raised a $65 million Series D round last year, launched numerous security tools that cover a wide range of use cases, from automated penetration testing to cloud application security and now DevOps — and this new platform is meant to tie them all together.

DevOps, the company argues, is really what necessitates a platform like this, given that developers now push more code into production than ever — and the onus of ensuring that this code is secure is now also often on that.

Traditionally, Naumann argues, security services focused on the code itself and looking at traffic.

“We think at the application layer, the same principles of observability apply that have been used in the IT infrastructure space,” he said. “Specifically, we do instrumentation of the code and we weave security sensors into the code as it’s being developed and are looking for vulnerabilities and observing running code. […] Our view is: the world’s most complex systems are best when instrumented, whether it’s an airplane, a spacecraft, an IT infrastructure. We think the same is true for code. So our breakthrough is applying instrumentation to code and observing for security vulnerabilities.”

With this new platform, Contrast is aggregating information from its existing systems into a single dashboard. And while Contrast observes the code throughout its lifecycle, it also scans for vulnerabilities whenever a developers check code into the CI/CD pipeline, thanks to integrations with most of the standard tools like Jenkins. It’s worth noting that the service also scans for vulnerabilities in open-source libraries. Once deployed, Contrast’s new platform keeps an eye on the data that runs through the various APIs and systems the application connects to and scans for potential security issues there as well.

The platform currently supports all of the large cloud providers, like AWS, Azure and Google Cloud, and languages and frameworks, like Java, Python, .NET and Ruby. 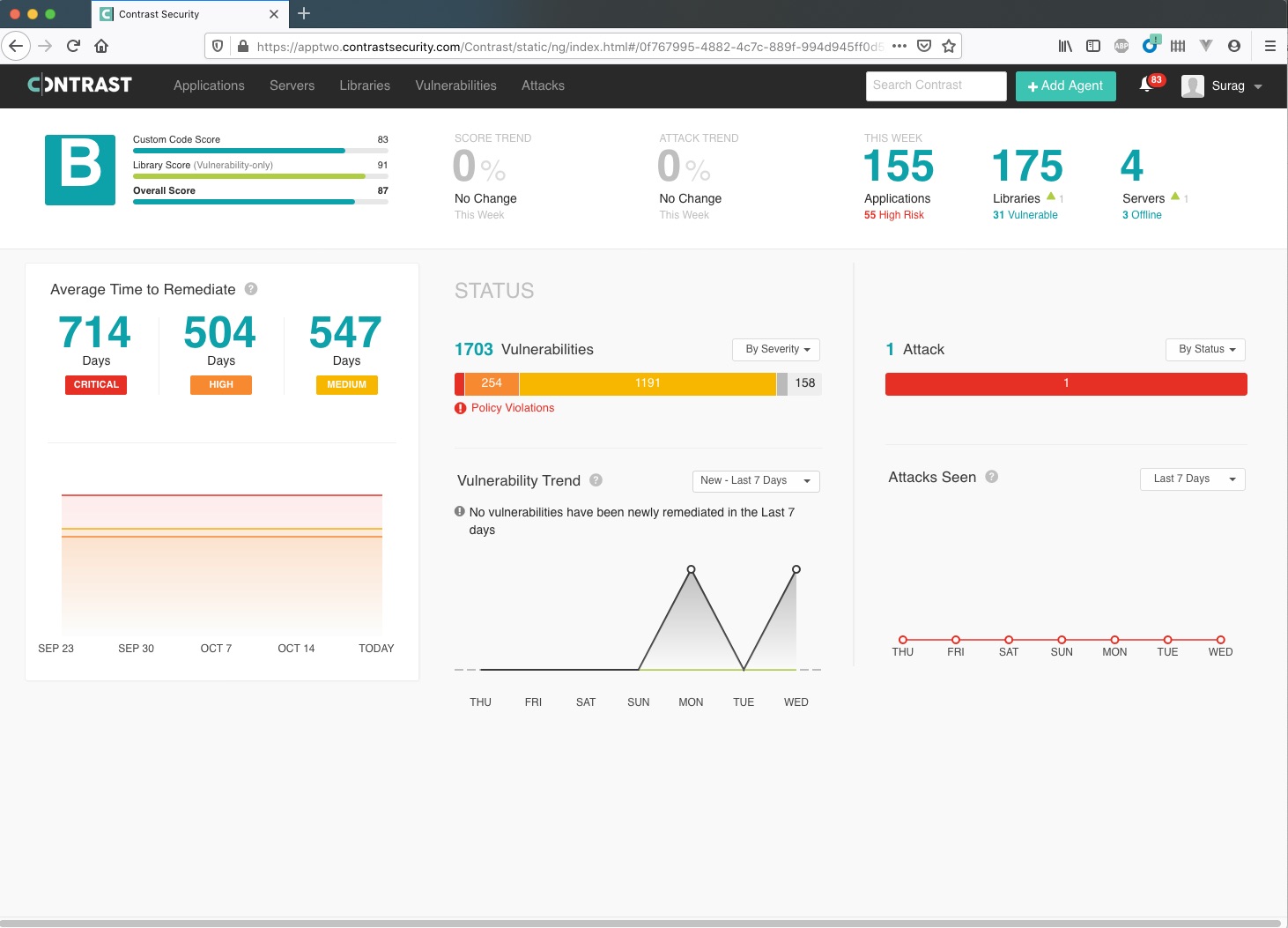