Index founders, Xavier Pladevall and Eduardo Portet, have been friends since they were small children in the Dominican Republic. Both came to college in the U.S., and last year the two decided to launch a startup to help non-technical users build business intelligence dashboards without coding.

Today they get to keep building on that dream with the help of a $2.6 million seed investment from David Sacks, Slack, Gradient Ventures, Y Combinator and other individual investors.

What has attracted this investment is a couple of young founders who are passionate about making it simple to build a data dashboard without help from experts like engineers or data analysts.

“Essentially what we do is we help companies build their business metrics dashboards with as little code or technical knowledge as possible. The byproduct of that is that anyone in the company can build their own metrics for their teams,” co-founder Xavier Pladevall told TechCrunch.

End users can connect to a growing list of data sources and Index deals with building the queries and displaying the data for the users without data scientists or data analysts to help. For now, that includes Salesforce and Hubspot for CRM data, Stripe payments data and certain databases from Postgres and MongoDB. 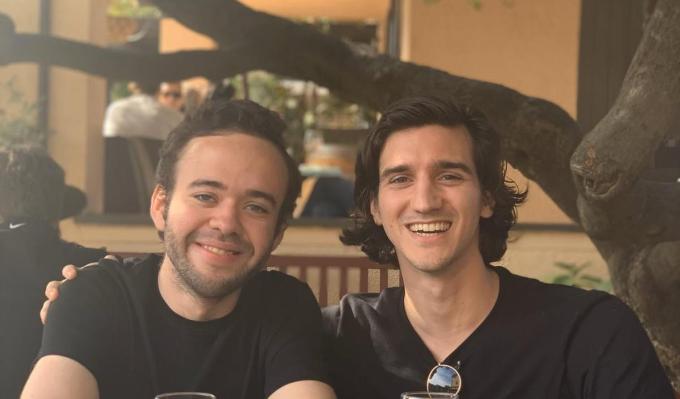 As the founders build out the product, they want to stay lean with just the two founders and perhaps two additional engineers. “We’re actually looking to hire two people full time, and that’s going to take us to the Series A, and we’ve been very clear with investors about that,” he said.

As Latino immigrant founders, they want to build a company that’s diverse and inclusive. He says that’s it’s not hard for him and his co-founder to find people of color because they have formed friendships with a diverse  network of people they can tap into.

“Our job is to keep doing what we’re doing, which is to be friends with a bunch of different people because that is genuine and people can definitely tell you’re trying to meet some diversity quota versus when you’re generally a diversity-oriented type of company because it comes back to the founders themselves,” he said.

The two founders and their families have been friends since they were children. Growing up in the Dominican Republic, they didn’t have access to computer science classes, but they did have access to the internet and they got the startup bug from reading U.S. tech publications like this one, and learned to code from YouTube videos and StackOverflow. They both came to college in the U.S. and both interned at large companies — Pladevall at Facebook and Portet worked at Medidata in New York.

The idea came together because Pladevalll was part of a team at Facebook building a similar tool for internal use. He decided that it would be a viable commercial idea for companies without the resources of Facebook. He came together with his childhood friend and began building the company in January as the pandemic hit.

He acknowledges the hardship of this year, but says it really helped them focus because there wasn’t anything else to do. While they are amazed at having $2.6 million in the bank, he says they still have the hunger that he believes is part of the immigrant founder ethos.

“It’s just hunger to just prove yourself and if coding is what it takes, learn how to code. If it’s going through an early visa process, which is by the way, way harder than raising millions of dollars and going through YC, in my opinion, [you do that]” he said. He said it’s about doing whatever it takes.

As the two friends take their first steps as a company, they have some early customers and continue to refine the product. With today’s funding they have some lofty goals for the next year, which include building out that product, reaching $1 million in ARR and building distribution for the dashboard.

If they can meet those goals, Pladevall says, they should be able to get their Series A. I wouldn’t bet against them.