Adobe today launched the first public version of its Illustrator vector graphics app on the iPad. That’s no surprise, given that it was already available for pre-order and as a private beta, but a lot of Illustrator users were looking forward to this day.

In addition, the company also today announced that its Fresco drawing and painting app is now available on Apple’s iPhone, too. Previously, you needed either a Windows machine or an iPad to use it.

Illustrator on the iPad supports Apple Pencil — no surprise there either — and should offer a pretty intuitive user experience for existing users. Like with Photoshop, the team adapted the user interface for a smaller screen and promises a more streamlined experience.

“While on the surface it may seem simple, more capabilities reveal themselves as you work. After a while you develop a natural rhythm where the app fades into the background, freeing you to express your creativity,” the company says.

Over time, the company plans to bring more effects, brushes and AI-powered features to Illustrator in general — including on the iPad. 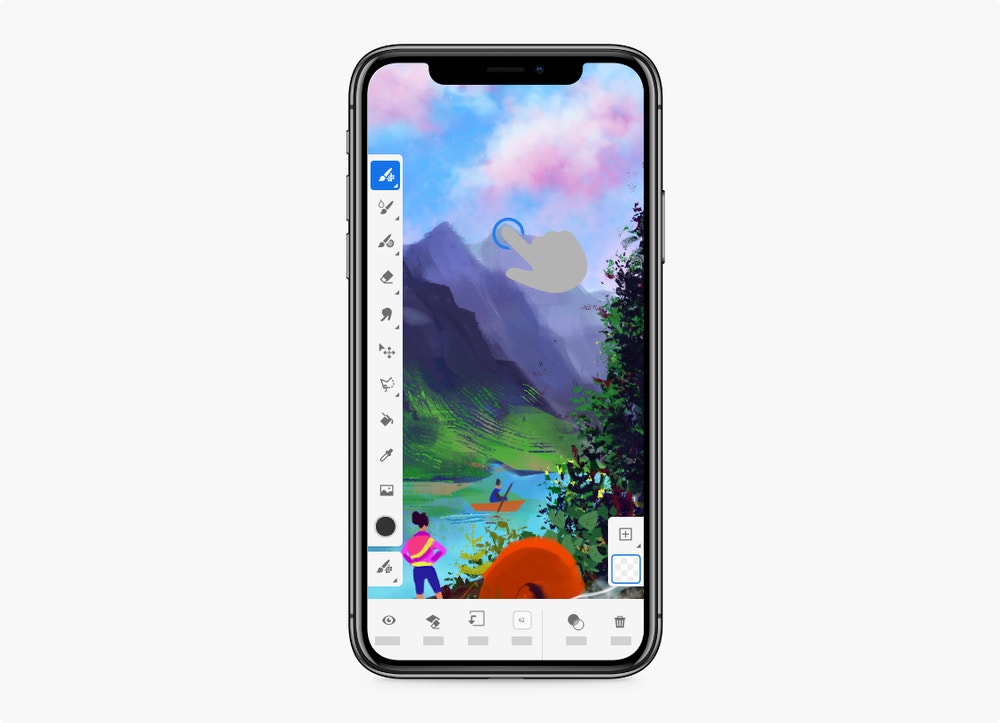 As for Fresco, it’ll be interesting to see what that user experience will look like on a small screen. Because it uses Adobe’s Creative Cloud libraries, you can always start sketching on an iPhone and then move to another platform to finish your work. It’s worth noting that the iPhone version will feature the same interface, brushes and capabilities you’d expect on the other platforms.