It lets you create a prototype using a traditional Raspberry Pi, and then order a bunch of Compute Modules to embed in your commercial products. “Over half of the seven million Raspberry Pi units we sell each year go into industrial and commercial applications, from digital signage to thin clients to process automation,” Eben Upton wrote on the Raspberry Pi blog.

Some things are strictly similar between the Raspberry Pi 4 and the Compute Module 4, such as the 64-bit ARM-based processor with VideoCore VI graphics. This is going to represent a huge upgrade for previous Compute Module customers.

Another big change with the Compute Module 4 is that there are a ton of options. You can choose compute modules with or without wireless technologies (Wi-Fi and Bluetooth), with 1GB, 2GB, 4GB or 8GB of RAM, with 8GB, 16GB or 32GB of eMMC flash storage. There’s also a model without any eMMC flash storage in case you want to use external eMMC or the SD card interface.

You can mix-and-match those specs to keep your costs down at scale. The result is that there are 32 different versions of the Compute Module 4 ranging from $25 (no wireless, 1GB of RAM, “Lite” eMMC) to $90 (wireless, 8GB of RAM, 32GB of eMMC).

The form factor has changed compared to the previous Compute Module, which means that you’ll need a new Compute Module IO Board to take advantage of all the interfaces and start developing. It costs $35. 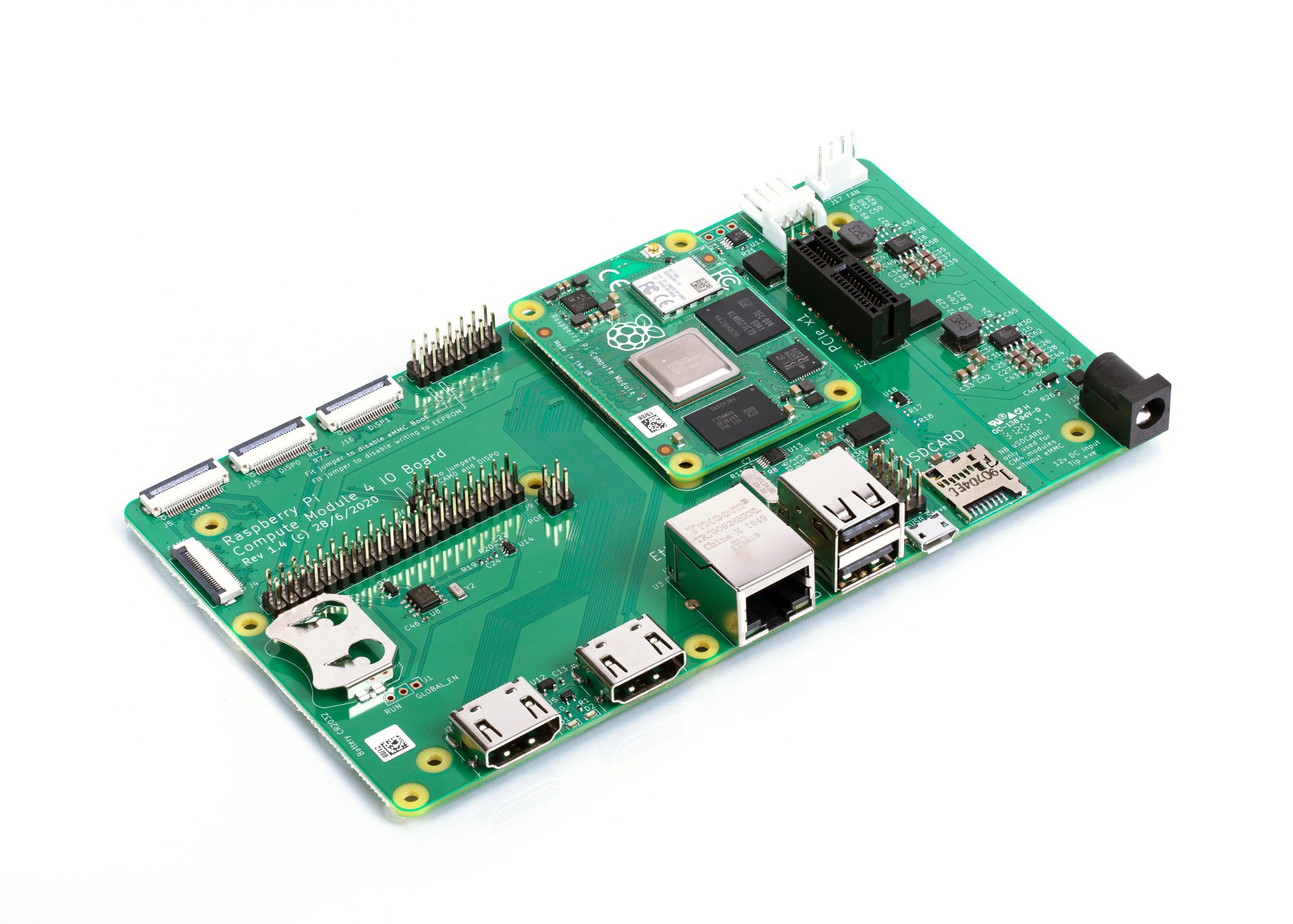 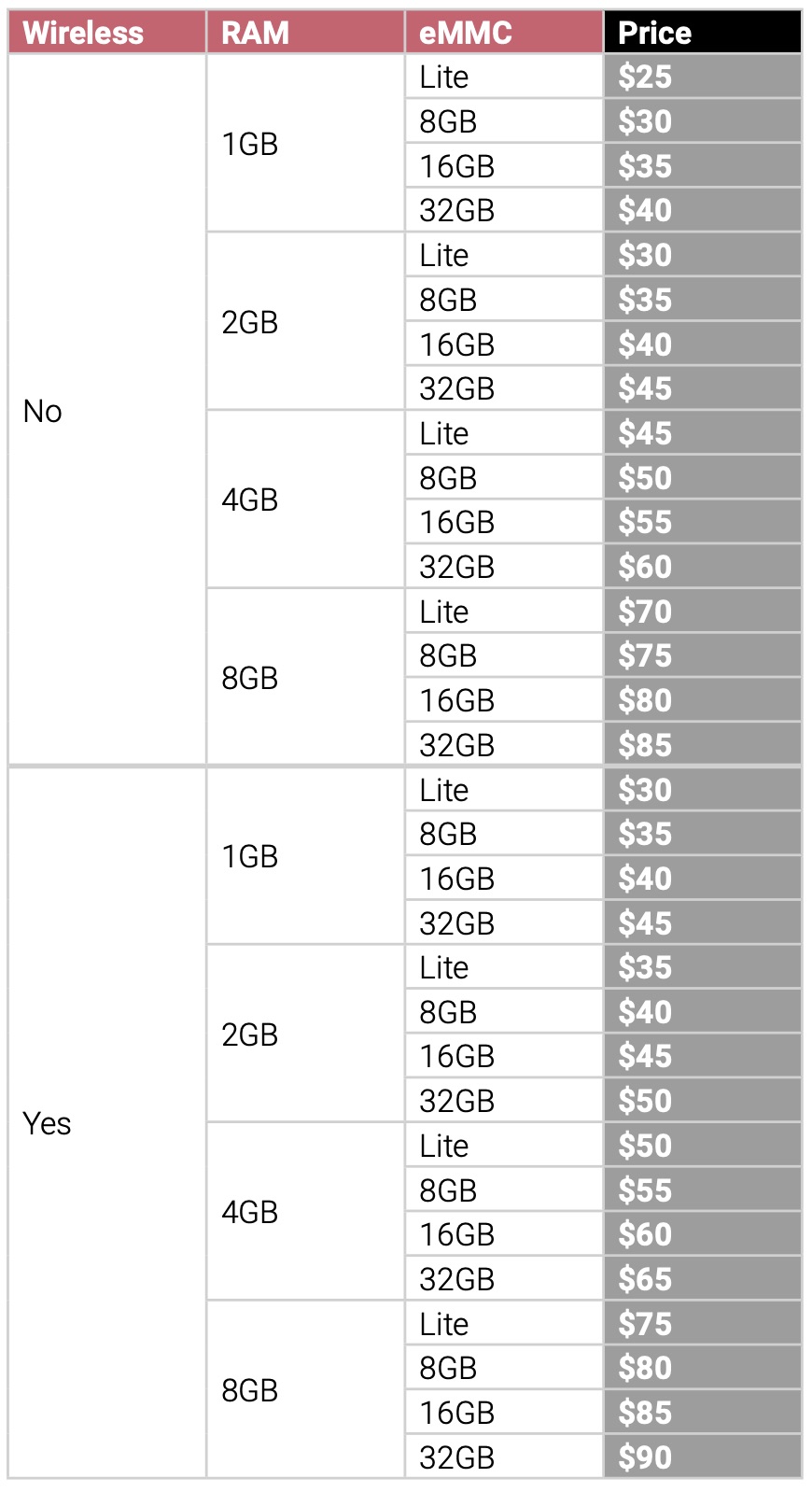