With thousands of gyms across the country forced to close during the pandemic, there’s been an unprecedented opportunity for fitness companies pitching an at-home solution. This moment has propelled public companies like Peloton to stratospheric highs — its market cap is about to eclipse $40 billion — but it has also pushed venture capitalists toward plenty of deals in the fitness space.

Future launched with a bold sell for consumers: a $150 per month subscription app that virtually teamed users with a real-life fitness coach. Leaning on the health-tracking capabilities of the Apple Watch, the startup has been aiming to build a platform that teams motivation, accountability and fitness insights. 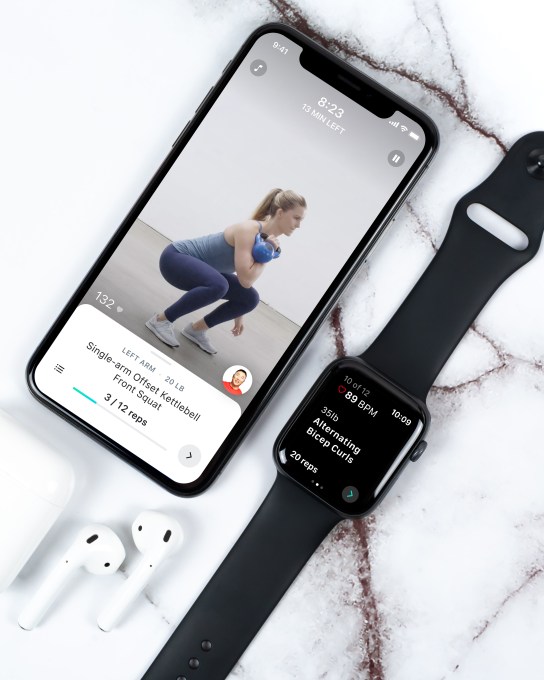 Close to 18 months after announcing a Series A led by Kleiner Perkins, the startup tells TechCrunch they’ve closed a $24 million Series B led by Trustbridge Partners, with Caffeinated Capital and Kleiner Perkins participating again.

Amid the at-home fitness boom, Future has seen major growth of its own. CEO Rishi Mandal says that the company’s growth rate has tripled in recent months as thousands of gyms closed their doors. He says shelter-in-place has merely accelerated an ongoing shift toward tech-forward fitness services that can help busy users find time during their day to exercise.

”The operating thesis of the company is that modern life is inherently crazy not just during pandemic times but in normal times,” Mandal says. “The idea of having a set routine is a complete fallacy.”

At $149 per month, Future isn’t aiming for mass market appeal the same way other digital fitness programs being produced by Peloton, Fitbit or Apple are. It seems to be more squarely aimed at users who could be a candidate for getting a personal trainer but might not be ready to make the investment or don’t need the guided instruction so much as they need general guidelines and some accountability.

As the startup closes on more funding, the team has big goals to expand its network. Mandal aims to have 1,000 coaches on the Future platform by this time next year. Reaching new scales could give the service a chance to tackle new challenges. Mandal sees opportunities for Future to expand its coaching services beyond fitness as it grows, “There’s a real opportunity to help people with all aspects of their health.”