The Surface Laptop Go joined me in the woods last week. It lived in my backpack for a few days and came along for a 20-mile hike through footpaths and across bridges of questionable integrity.

It is, without a doubt, light. It’s certainly lighter than the MacBook Air I also packed for the trip, at 2.45 pounds to the Apple device’s 2.8. It doesn’t sound like a ton, but when you’re devoting eight hours to hiking up and down mountains, every fraction of a pound makes a big difference to your lower back. And while (sadly) I don’t hike every day, lugging around a heavy laptop can really do damage over time.

Microsoft adds the $549 Laptop Go to its growing Surface lineup

The screen brightness, on the other hand, is lacking. Not surprising, really, for a low-powered, low-cost device. It will do the job indoors, but combined with a reflective screen finish, it’s pretty tough to see anything on the screen outside, even at the highest brightness. That’s probably not a deal breaker for most, but it does feel like one of a number of corners the company cut in an effort to bring the cost down.

At its heart, the Laptop Go is a case study in reverse-engineering a budget laptop. It’s the product of an expanding focus for the Surface line. Once almost exclusively Microsoft’s attempt to showcase what its software could do on premium, custom-built hardware, the brand has evolved in a lot of different directions. 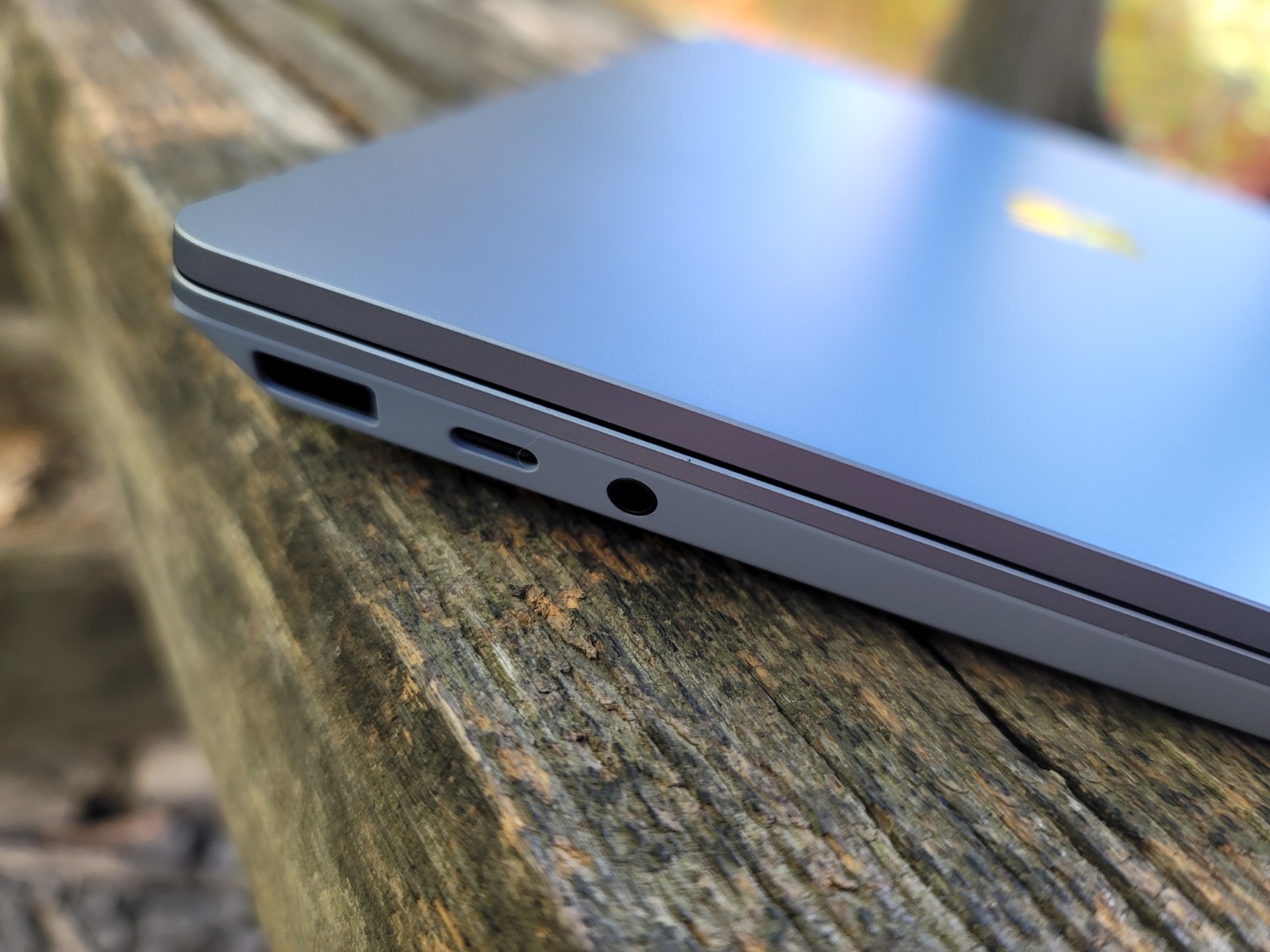 The company’s attempts to lure creative professionals away from Apple coexist with its exploration of budget devices. The Laptop Go firmly falls within the latter category. Following in the lines of the Go, the device seeks to answer the question of whether the hardware principles it has spent years developing across the Surface line can be applied to a budget device.

It’s an understandable — and commendable — effort on that front. Delivering a truly premium laptop experience at a rock bottom price is a win-win. Of course, there’s a lot to contend with here. For starters, getting prices down is a matter of determining which sacrifices you’re willing to make. Then there’s the fact that a lot of companies have already put a lot of work into building hardware for Chrome OS and Windows 10 S.

When Microsoft launched the latter operating system a few years back, it did so on the Surface Laptop. It was a strange decision: offering its Chromebook competitor in the form of a device starting at $999. It took a few years, but the company finally has an appropriately priced devices for the operating system, starting at $549. One lesson the company learned from the original Laptop and fellow Surface brethren is the importance of design. 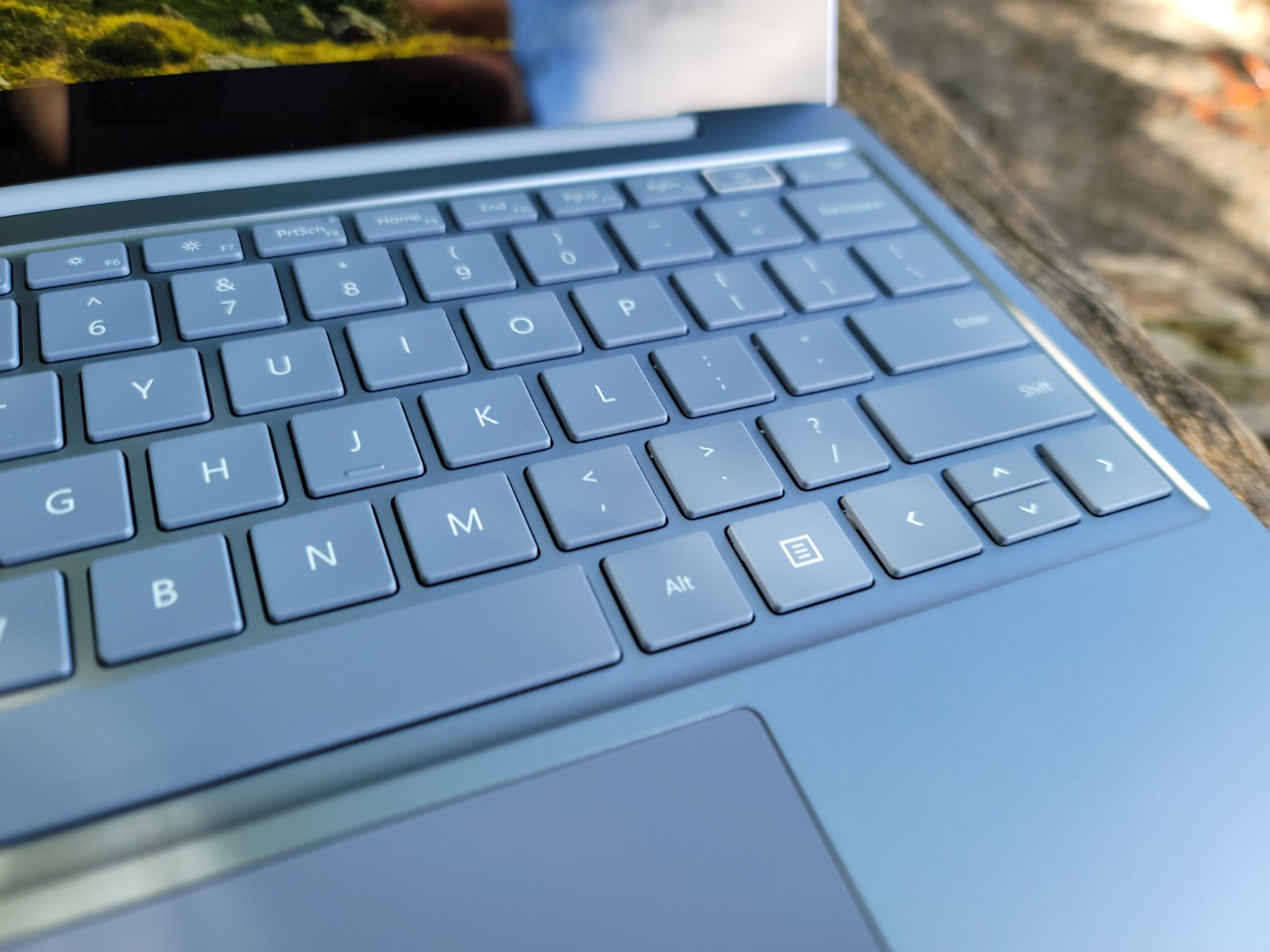 The Laptop Go is a nice-looking, budget laptop. It’s fairly sleek and sits nicely alongside other members of the Surface family. The top and keyboard case are made of aluminum. That’s coupled with polycarbonate composite resin that feels fairly plasticky to the touch. On the tactile front, the keys are a bit soft/gummy for my tastes and will take some getting used to — but it certainly beats typing on the vast majority of keyboard cases.

The port situation is mixed. I like that Microsoft opted to include both a USB-A and C port, straddling the line between backward compatibility and futureproofing. Though at this point, I think the safest bet is to go multiple USB-C ports. The other side sports only one port: a Surface dock connector. The company is no doubt maintaining the connection to keep the product working with existing accessories, but the time feels right to drop it in favor of USB charging.

Microsoft’s Surface Laptop is great, once you upgrade Windows 10 S

Internally, things are kind of a mixed bag, as well. The 10th-gen Intel Core i5 chip comes standard. That’s a generous inclusion for a $550 laptop. But the base model defaults to 4GB of RAM and 128GB. You’re going to want to upgrade those — and that’s where you start losing the budget thread. 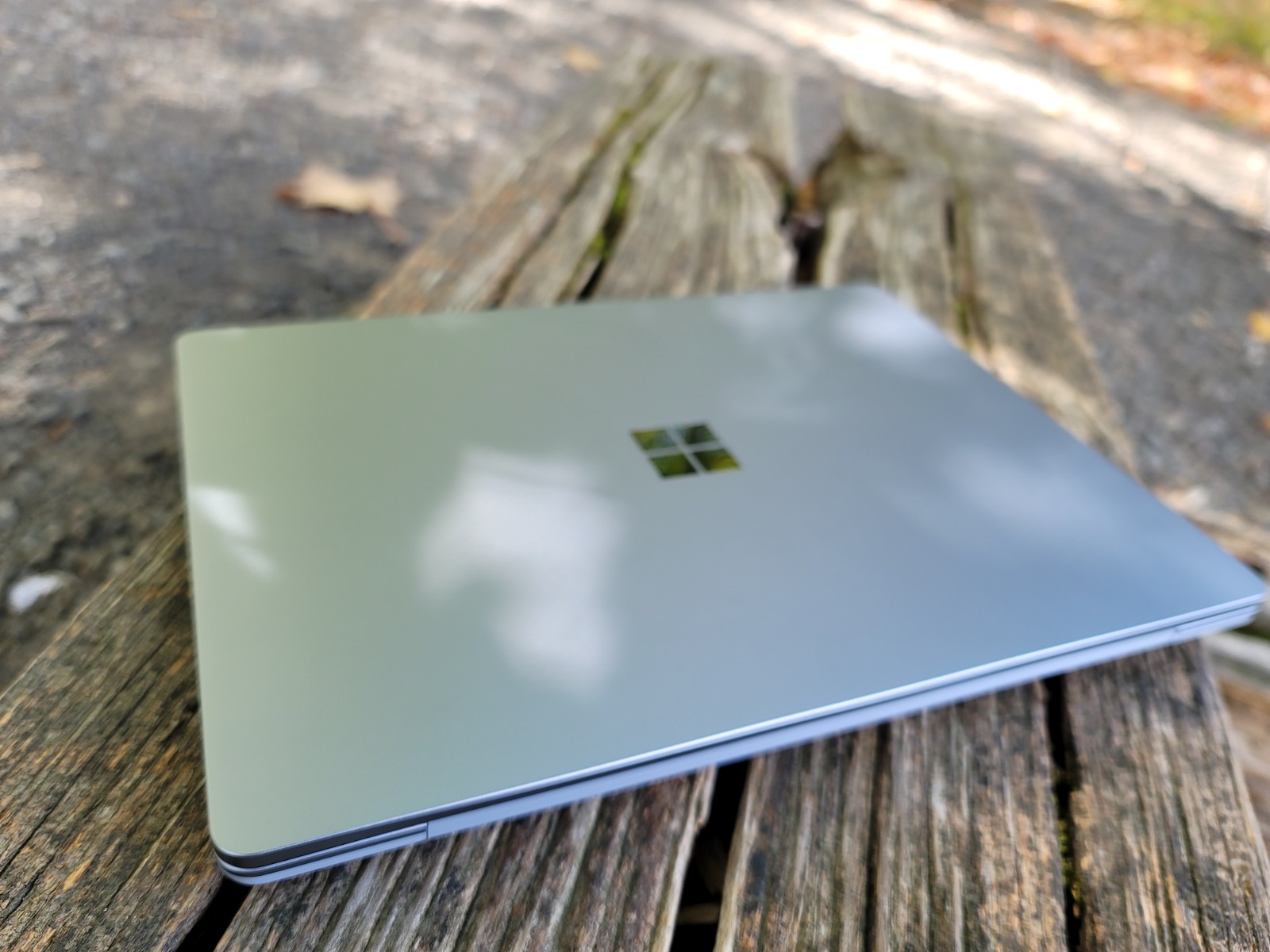 Our review unit had 8GB of RAM and 256GB of storage — not bad. But that’s going to set you back $900. Suddenly you can see how you’ve quickly left the cheap laptop realm. The fingerprint sensor is also only tacked on as part of an upgrade for $699 and up. It’s also, weirdly, the one part of the keyboard that illuminates — albeit around the border. The exclusion of a backlit keyboard seems like an odd oversight here.

All said, the Laptop Go isn’t a bad first attempt to offer a truly budget entry. As I said with the original Surface Laptop, I’d recommend upgrading out of Windows 10 S the moment you get the device for a majority of users. But otherwise the system works reasonably well as a lightweight, good-looking secondary device. But if you’re not in a rush for such a thing, it will likely pay off to see what Microsoft can do with the device a second time around.