Harley-Davidson should continue to make electric motorcycles. That’s my big takeaway after taking home the company’s LiveWire for three weeks.

I’d ridden it on a closed course in 2019, but that wasn’t enough to absorb the finer qualities of the 105 horsepower machine. After nearly a month and a thousand miles on the LiveWire, I’d venture to say it could be the most innovative motorcycle Harley-Davidson has ever produced.

That doesn’t mean perfect (particularly on the pricing). But with declining sales and the aging of the baby boomers — Harley’s primary market for chrome and steel gassers — the company needed to take a fresh turn.

Harley-Davidson did that with the LiveWire, which began as a concept and developed into the manufacturer’s first production EV, released in late 2019. The voltage-powered two-wheeler is meant to complement, not replace, HD’s premium internal-combustion cruisers.

Founded in Milwaukee in 1903, Harley-Davidson opened a Silicon Valley office in 2018 with plans to add a future line-up of electric vehicles — from motorcycles to bicycles to scooters. The $29,799 LiveWire was first, though waning earnings and the COVID-19-induced recession have put HD’s electric plans in question. 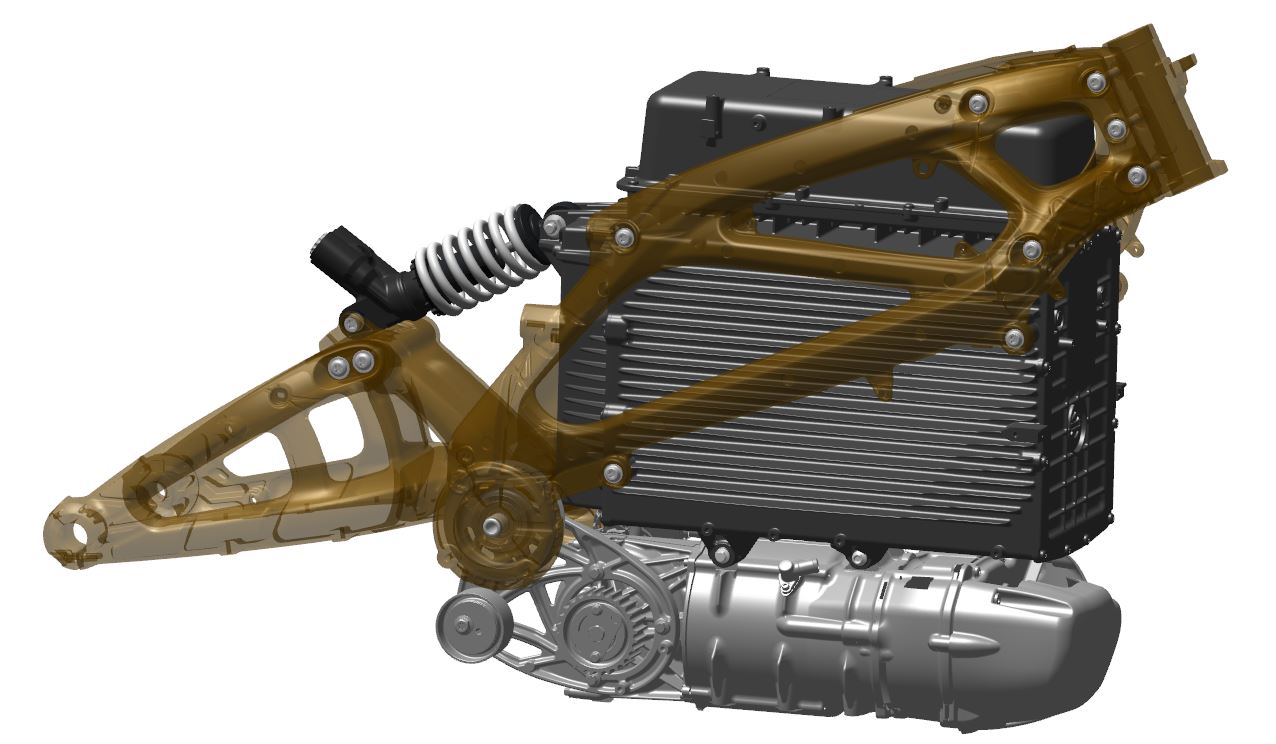 The 548-pound LiveWire has an advertised city range of 146 miles (and 95 for combined city/highway riding).The electric Harley is also an IoT and app-compatible vehicle, with preset riding modes — that offer different combos of power, torque and regen braking — and the ability to create custom modes.

Harley-Davidson added some premium features to the LiveWire, such as key fob operation, an anti-theft control system and a heartbeat-like vibration on the motorcycle.

That’s useful to remind the rider that the LiveWire — which goes silent at a stop — is still in run mode. In motion, the bike is basically quiet, though Harley-Davidson — famous for its internal combustion rumble — created a signature electric sound generated from the vehicle’s mechanical movements. It’s a barely audible buzz that gives the motorcycle a distinct voice as an electric Harley.

As an e-motorcycle, the LiveWire is remarkably balanced for a two-wheeler that has so much mass concentrated in one place: the battery.

At over 500 pounds, it isn’t exactly heavy by Harley cruiser standards, but the LiveWire is hefty for a naked sport bike. You definitely feel that weight pushing the EV around the garage, but fortunately — with some clever frame engineering — it fades away once the LiveWire gets rolling.

When I tested the LiveWire on a track in 2019, I noted that it brought everything that was becoming the e-motorcycle experience: huge torque and lightning-like acceleration with little noise beyond the wind moving around you.

More time and riding conditions with the LiveWire led to a stronger appreciation. I took it down the Hudson River Valley into Manhattan, up to three digits on I-95, and on the twisty backroads outside of Greenwich. The LiveWire looks and performs the part of a high-performance e-motorcycle, and in many ways, offers a more exciting ride than anything piston-powered.

The biggest rush on a LiveWire, compared to ICE peers, is the torque and acceleration. With fewer mechanical moving parts than gas bikes — and no clutch or shifting — the power delivery is stronger and more constant than internal combustion machines. You simply twist and go.

Like other high-performance e-motorcycles, the LiveWire’s regenerative braking — or the extent to which the motor recharges the battery and slows the rear wheel coming off throttle — also enhances performance. Regen braking can be adjusted manually or by riding mode on the electric HD.

It takes some skill, but the end result is the ability to fly through corners in a smoother manner than a gas motorcycle — with little to no mechanical braking — by simply rolling off and on the throttle. This is complemented by the motorcycle’s lateral handling. In turns, the LiveWire holds a line as precisely as a Tron light-cycle (at least that’s how it felt conceptually).

This all translates into a riding experience of uninterrupted forward movement, without any racket and rattling. That the motorcycle also looks great— with lines and styling that hit the marks for an EV and a Harley — adds even more.

With the LiveWire debut, Harley-Davidson became the first of the big gas manufacturers to offer a street-legal e-motorcycle for sale in the U.S.

The move is something of a necessity for the company, which like most of the motorcycle industry in the U.S., has been bleeding revenue and younger buyers for years.

While HD got the jump on traditional motorcycle manufacturers, such as Honda and Kawasaki, it’s definitely not alone in the two-wheeled electric space.

Harley-Davidson entered the EV arena with competition from several e-moto startups that are attempting to convert gas riders to electric and attract a younger generation to motorcycling.

One of the leaders is California startup Zero Motorcycles, with 200 dealers worldwide. Italy’s Energica is expanding distribution of its high-performance e-motos in the U.S.

Of course, it’s not evident there’s enough demand out there to buy up all these new models, particularly given the COVID-19-induced global recession.

On the LiveWire’s market success (or failure), it’s tough to assess since HD’s reporting doesn’t include LiveWire-specific sales data. One thing I (and others) have been critical of is the motorcycle’s $29,000 price. At just several thousand dollars less than a Tesla Model 3, it’s just too high — even for a premium motorcycle. But price aside, and that’s a big aside, I’d still argue the company succeeded with the LiveWire in a couple major ways. Harley-Davidson created an exciting halo motorcycle that established it as a legitimate e-motorcycle maker — in a distinctly Harley-Davidson form — while capturing public interest for its EV program.

For a company to reap the benefits of a successful halo launch, it needs to create a more accessible sequel. In July, Harley-Davidson’s newly appointed CEO, Jochen Zeitz, announced a five-year plan — dubbed The Rewire — to adjust to declining sales and lead the company into the future. The strategy includes a massive restructuring and holding on (or even cancelling) some previously announced programs, such Harley’s gas powered Bronx model.

On whether the LiveWire — and producing new EVs — remain in Harley-Davidson’s future, Zeitz hasn’t been specific in confirming that in recent statements or investor calls. 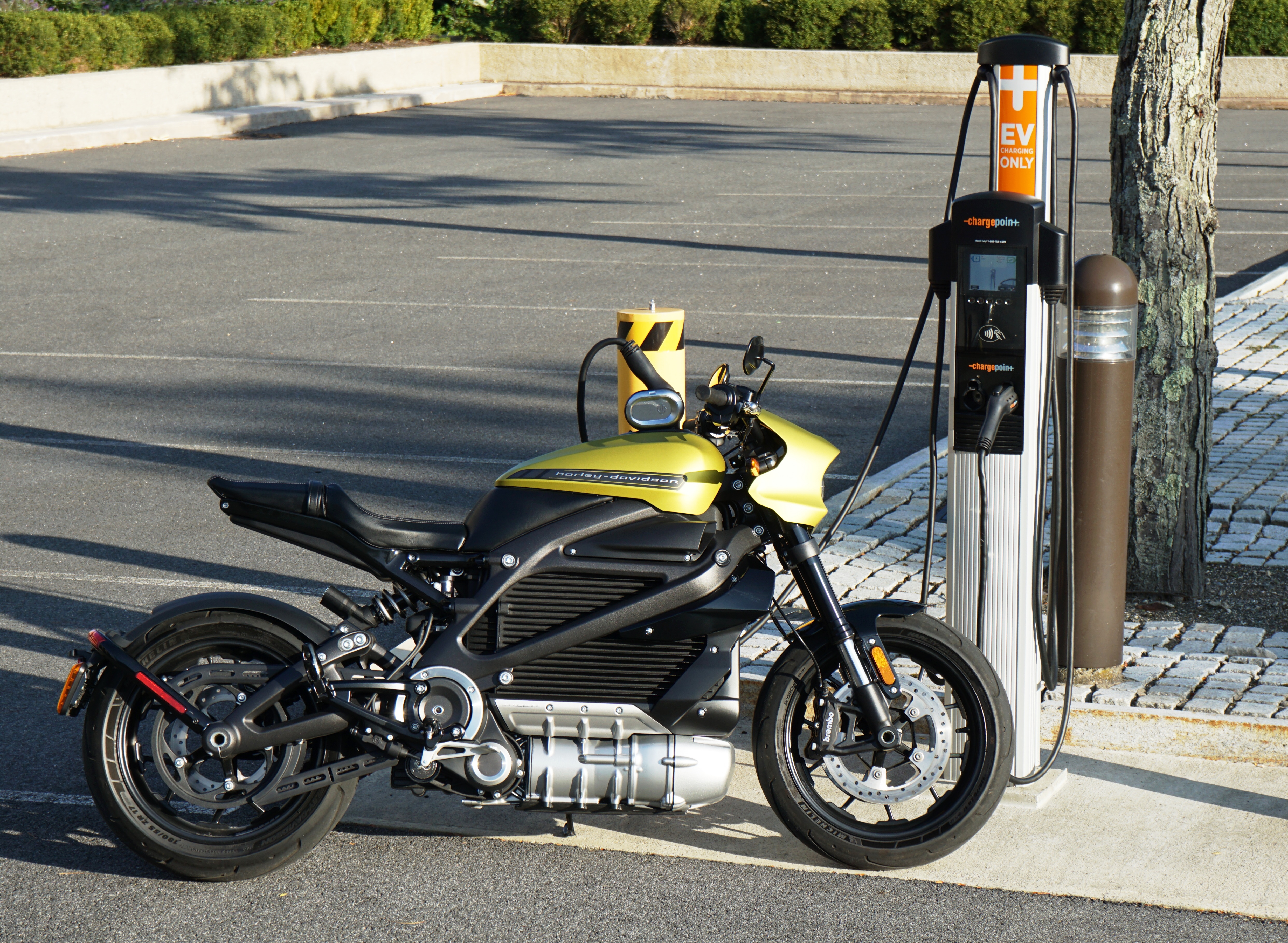 After some intimate time getting to know HD’s debut electric motorcycle, and assessing the market, my vote is for the iconic American company to continue its EV program and give us more. Offer a follow-on that makes the rush and on-demand capabilities of the halo Livewire available to the mases.

I could envision the company’s next EV product release including a scooter offering — registering Harley in the urban mobility space — and a more affordable e-motorcycle with broad market appeal.

What could that look like? Something priced around $10,000, lighter and more realistic for beginner riders than the 549-pound LiveWire; cloud and app connected with at least 100 miles of range and a charge time of 30 to 40 minutes. A tracker-styled EV channeling Harley’s flat-track racers — with some off-road capability — could be a winner. 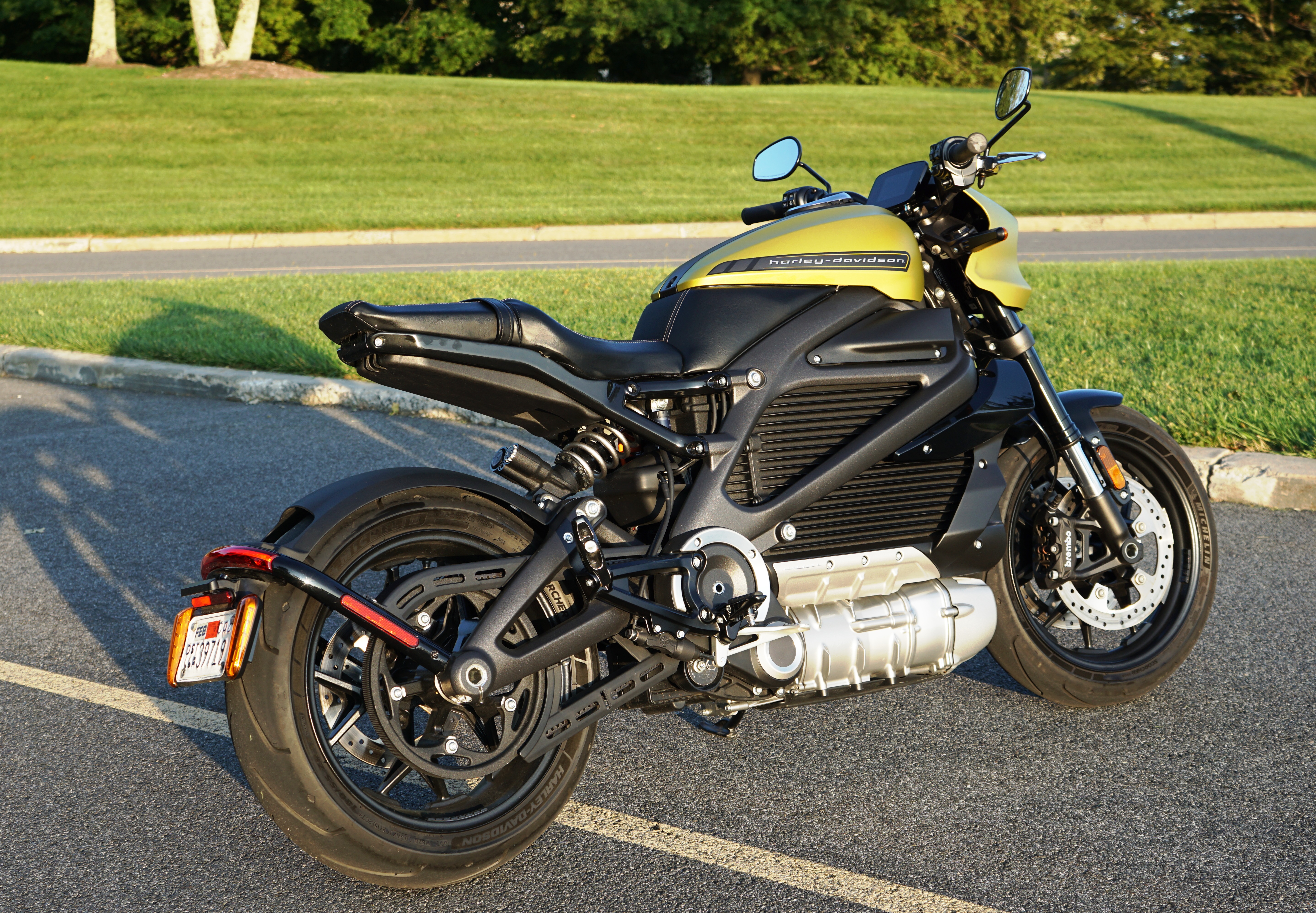 Getting it all right on specs, style and price-point will be even more critical for HD in a COVID-19 economic environment, where spending appetites for motorcycles will be more conservative for the foreseeable future.

But continuing the commitment to production EV’s is still Harley-Davidson’s best bet to reach a younger market and remain relevant in the 21st century mobility world. HD’s Rewire should definitely include more LiveWire.