Gone are the days a company like Apple could simply roll out a single flagship handset or two. Consumer demands have evolved quite a bit in the more than 13 years since the company released its first smartphone, and its offerings have had to evolve with it. That means now, more than ever, offering a broad range of choice in terms of feature set, size and price.

Apple actually announced four phones at today’s event: the iPhone 12, 12 mini, 12 Pro and 12 Pro Max. Add to that the fact that the company is keeping the 11 around at a lower price point, and that leaves iOS devotees with more options than ever when it comes to purchasing a new handset, with starting prices ranging from $599 to $1,099. And, of course, configurations go up from there.

All of the new devices announced today share some key common features: 5G connectivity, the new magnetic MagSafe connector, OLED displays and the A14 chip, for starters. They also get the new iPad Pro-style design, complete with straight edges that allow for the placement of additional antennas for the next-gen wireless connectivity. From there, however, things get more complicated. There’s a range here in size, cameras and capacity for starters.

Here’s a handy chart to keep it all straight: 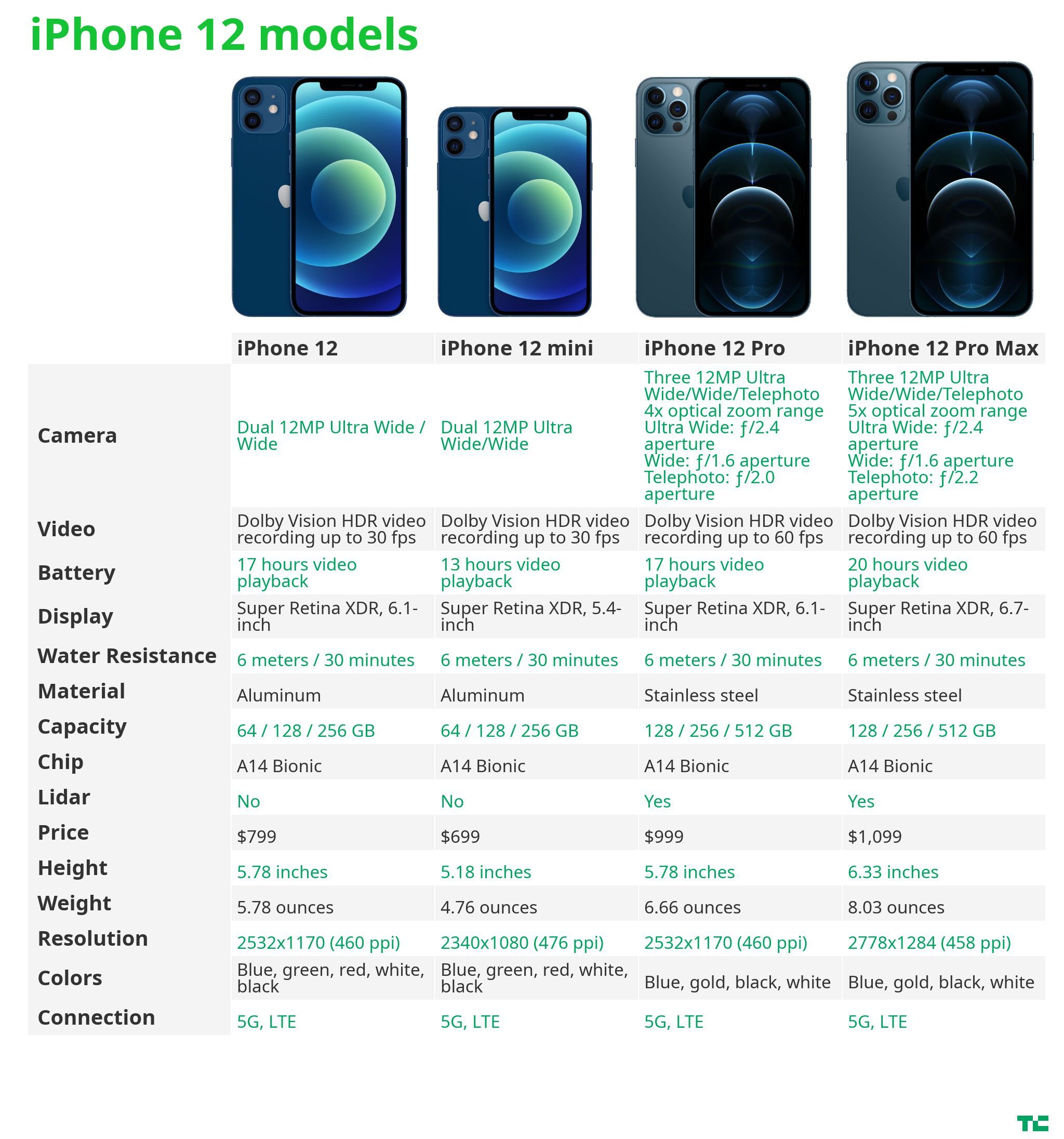