The HomePod Mini is clearly a reach for a broader swath of new users. The original HomePod managed to impress audiophiles, but its high price served as a high barrier of entry to new users looking for a new smart speaker. Complicating that “smart speaker” designation is the fact that Siri was and is several years behind the intelligence of both Amazon Alexa and Google Assistant, leaving the speaker as a more compromised choice for users who might have been hoping to embrace the fully smart home ecosystem.

The new device starts shipping the week of November 16. The device comes in white and space grey colors.

The HomePod Mini ditches the trashcan Mac Pro design of its bigger relative and is much more spherical in shape, still covered in a mesh fabric. It boasts the same onboard screen that allows users to summon Siri and adjust volume, while giving the device a more interesting visual look than smart devices from other companies. Also differentiating the device is Apple’s S5 chip, which the company says helps the HomePod Mini bring users its “computational audio.”

Like with the original HomePod, users can arrange a stereo pair of two of the HomePod Minis and will also be able to utilize multiple HomePod devices in a home to operate a new “Intercom” experience. 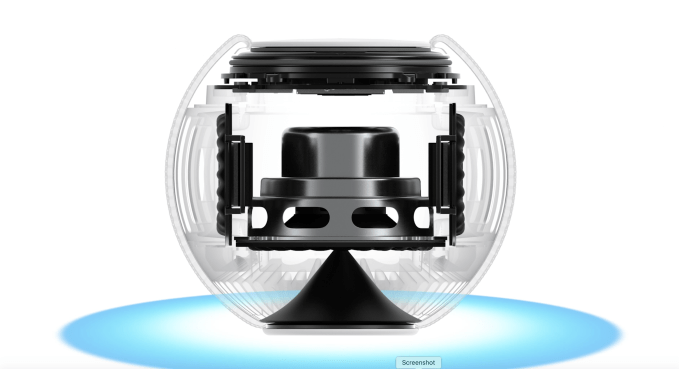