Apple was one of the four big tech companies the House Judiciary subcommittee on antitrust declared as having enjoyed monopoly power in the U.S. The report suggests that Congress make changes to break up their businesses. In Apple’s case, the company was deemed to have market power in the app distribution business, meaning its App Store. The report agrees that while the App Store provides significant benefits to both consumers and developers, Apple has also controlled the App Store in a way that allows it to create barriers to competition and exploits developer data to its advantage.

Apple responded that it “vehemently” disagrees with the report’s conclusions…”with respect to Apple.”:

Our company does not have a dominant market share in any category where we do business. From its beginnings 12 years ago with just 500 apps, we’ve built the App Store to be a safe and trusted place for users to discover and download apps and a supportive way for developers to create and sell apps globally. Hosting close to two million apps today, the App Store has delivered on that promise and met the highest standards for privacy, security and quality. The App Store has enabled new markets, new services and new products that were unimaginable a dozen years ago, and developers have been primary beneficiaries of this ecosystem. Last year in the United States alone, the App Store facilitated $138 billion in commerce with over 85% of that amount accruing solely to third-party developers. Apple’s commission rates are firmly in the mainstream of those charged by other app stores and gaming marketplaces. Competition drives innovation, and innovation has always defined us at Apple. We work tirelessly to deliver the best products to our customers, with safety and privacy at their core, and we will continue to do so.

Apple in the past year has received an increasing number of complaints from iOS app developers over its rules to include in-app purchases and to remove any mentions from their app as to where consumers could pay for a subscription outside the App Store. The company has had high-profile debacles with Basecamp’s email app Hey, Spotify, Epic Games (where it’s engaged in a lawsuit) and cloud gaming services, like xCloud and Stadia.

This week, more developer complaints also surfaced related to how Apple can abuse its power.

In one, ProtonMail’s CEO shared what it was like to work with Apple, where he compared the company’s business practices to “Mafia extortion.” The company said Apple made it add in-app purchases, even though its app had been a largely free app, like WordPress, for years. When ProtonMail alerted its customers over email, Apple threatened to remove the app and block all updates.

In another, Apple told private messaging app Telegram what’s allowed on its channels. Specifically, it wanted channels closed where Belarusian protesters were identifying members of the country’s oppressive regime.

Microsoft digs at Apple with adoption of “App Fairness” principles

Last month, a number of top app makers came together to launch the “Coalition for App Fairness,” an advocacy group fighting back at market power abuses by the tech giants, namely Apple and to some lesser extent, Google. This week Microsoft joined Apple’s critics by announcing it would adopt 10 “app fairness” principles in its own Microsoft Store for Windows 10. The company didn’t reference Apple by name, but said it had “concerns about app stores on other digital platforms.”

Windows 10 is an open platform. Unlike some other popular digital platforms, developers are free to choose how they distribute their apps. The Microsoft Store is one way. We believe that it provides significant benefits to consumers and to developers by ensuring that the available apps meet strong privacy, security and safety standards, while making them easier to find and providing additional tools and services so developers can focus on development.

The company pointed out that it allows third-party app stores, like those from Epic and Steam, on Windows. It also says users can pick their own payment method and notes that developers are allowed to distribute their apps on their own terms via the internet without restrictions. And, Microsoft stressed that it would not use its market power to “tilt the playing field to our advantage.”

Though it is admirable for Microsoft to take a stand, the company is likely more concerned with ensuring U.S. regulators don’t turn their eyes to its own storefronts as they investigate tech giants for anticompetitive behavior. In particular, it wants to avoid scrutiny of its Xbox store, which will not apply these same principles.

It’s worth noting, too, that Apple’s own desktop platform, macOS, doesn’t restrict developers from offering their apps for installation via the web, so the Microsoft Store is not the most apt comparison to what’s taking place on the iOS App Store.

Consumers spent a record $28 billion in apps in Q3

For comparison, Sensor Tower’s Q3 report had estimated app revenue grew to over $29 billion in Q3, while it pegged new app downloads higher at 36.5 billion.

Google adds ‘Stories’ to its search app for iOS and Android 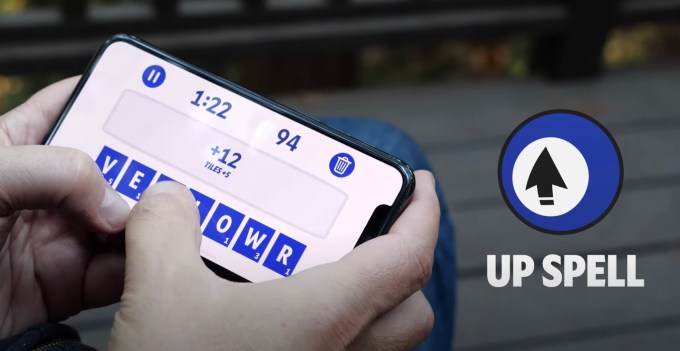 Noted Apple software engineer and designer Ken Kocienda, whose work included the original iPhone and the development of touchscreen autocorrect, launched his first iOS app, a word game called Up Spell. The game challenges users to spell all the words you can in two minutes and uses a lexicon of words Kocienda built to allow for the inclusion of proper names and words with apostrophes, like S’Mores.

Tapping into the iOS 14 home screen redesign trend, designer Doney den Ouden released his own set of new icons for iOS devices, a bright one called “Bold,” a dark version called “Bold Dark,” and all-white background icons “Bold Light.” Designers have regularly dabbled in redesigns of the iOS interface, but the ability to now create Shortcuts to launch apps using custom icons has inspired designers to turn these side projects into a side hustle. 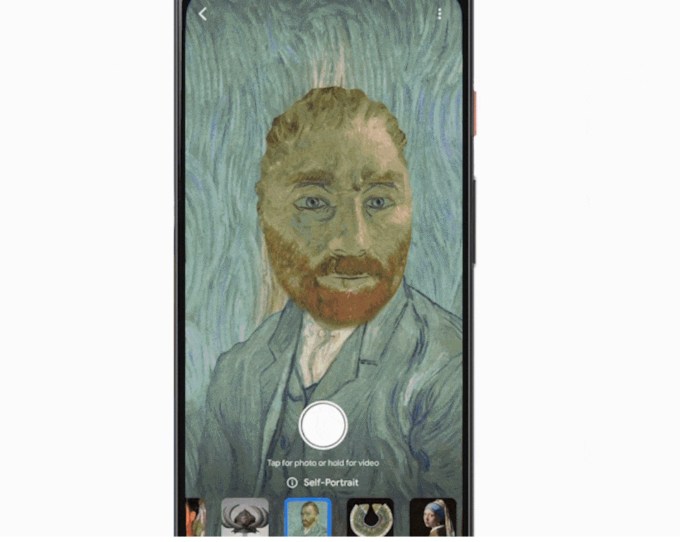 While not a new app, the art appreciation and educational app this week introduced a new “Art Filter” that uses 3D-modelled AR filters based on iconic paintings, objects and accessories from all over the world. You can use the filter to become Van Gogh or Frida Kahlo’s self-portraits, or the famous Girl with a Pearl Earring. You can also step into history with a traditional Samurai helmet or a remarkable Ancient Egyptian necklace, Google says. The app is a free download on Android or iOS. 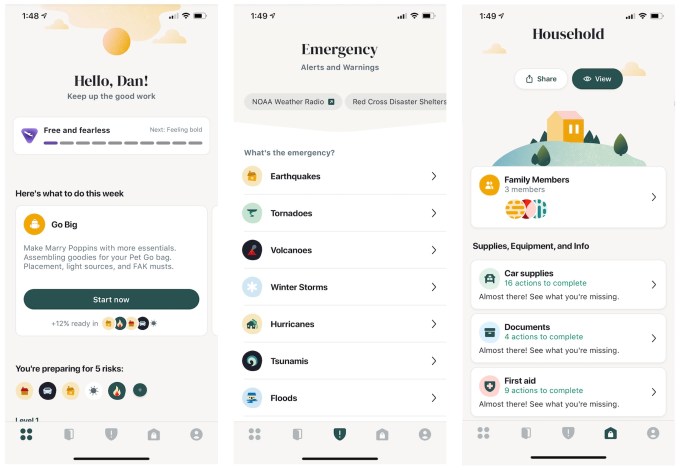 Prepper app Harbor, backed by $5 million in funding, launched its emergency-preparedness app that gamifies the tasks you need to get done in order to have fully prepared for an emergency. The app determines the most likely emergencies you’d face based on your location.