Everyone is familiar with carrier pigeons, but what about carrier moths? This research project uses the nocturnal insects as a delivery service for tiny electronic packages that weigh less than a hundredth of an ounce.

The system was created by graduate students at the University of Washington and its prolific tiny gadget creator Shyam Gollakota.

“This is the first time anyone has shown that sensors can be released from tiny drones or insects such as moths, which can traverse through narrow spaces better than any drone and sustain much longer flights,” said Gollakota in a UW news release. He’s made a specialty of demonstrating new capabilities at extremely small scales, such as bee backpacks and super low-power video transmission.

The sensor platform, which you can see below on top of a penny, could be anything from environmental monitoring to a microphone or light-sensing device. The battery could last for years on a power-sipping board like this, so it’s potentially a great match for long-term monitoring of hard-to-reach places. 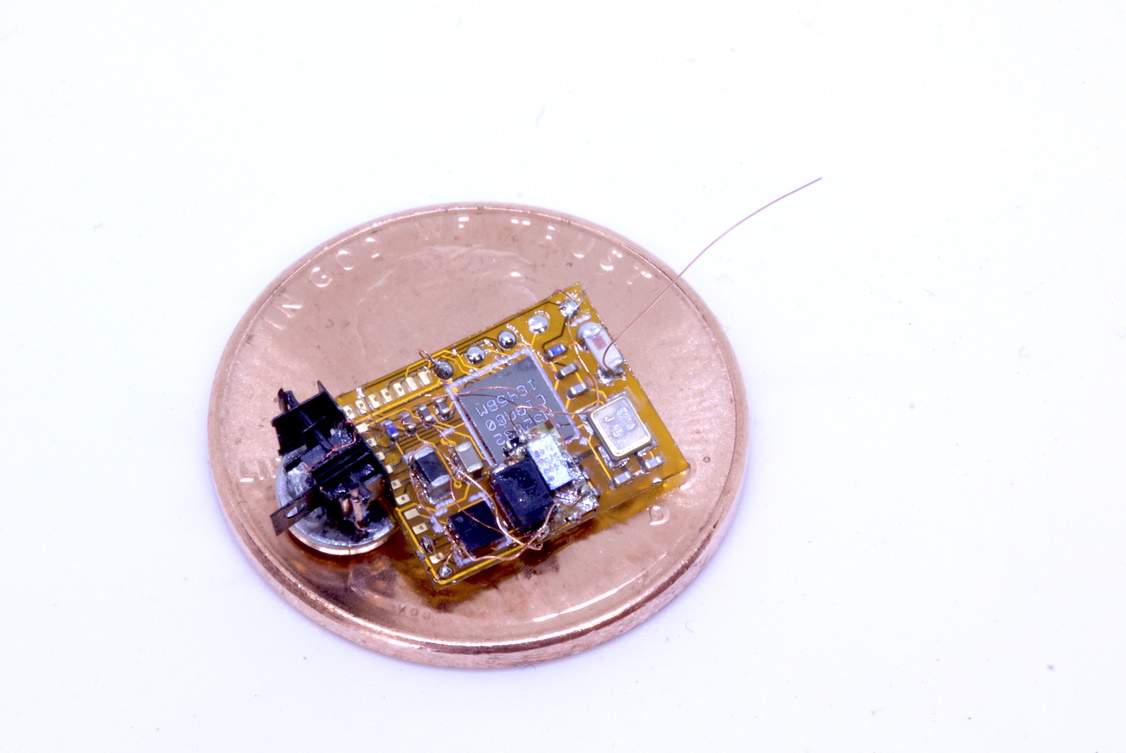 A key aspect of the setup is the release system. To keep things lightweight and simple, the little sensor is held on with a tiny magnetic pin. A wireless signal can be sent that creates a current in a coil surrounding the pin, affecting its magnetic field and dropping the gadget.

It’s small enough to be carried quiet easily by a moth — though it must be noted that the hawk moth isn’t exactly the smallest moth of all time; they get up to hummingbird size, as I’ve experienced myself. But it looks as if the tiny device would fit easily on a smaller species as well. Maybe that’s the next experiment.

Cheap, long-lasting sensors carried to every corner of an ecosystem by moths (or other insects) could produce very interesting data for those who study those ecosystems. Sure, you could also use it to sneak a mic into a top secret area, but I’m sure no one would try that.

The research, funded by the National Science Foundation, was presented at Mobicom 2020.

Is it a bird? Is it a bug? No it’s a biomimetic microdrone with flapping wings