Google announced today it’s introducing a Stories feature to its Google app for iOS and Android, which now reaches more than 800 million people per month. In a new carousel within the app, users in supported markets will be presented with a row of tappable visual Stories from participating publishers. These Stories can include full-screen video, photos and audio, and can link out to the publisher’s other content, if desired.

The company has been developing its own Stories product for some time. In 2018, it introduced AMP Stories, based on technology developed for Google’s Accelerated Mobile Pages project. The Stories, which are already integrated into mobile Google Search, are meant to give Google its own alternative to the Stories offering found in other apps like Snapchat, Instagram and Facebook. But, in Google’s case, Stories are focused on publisher content. 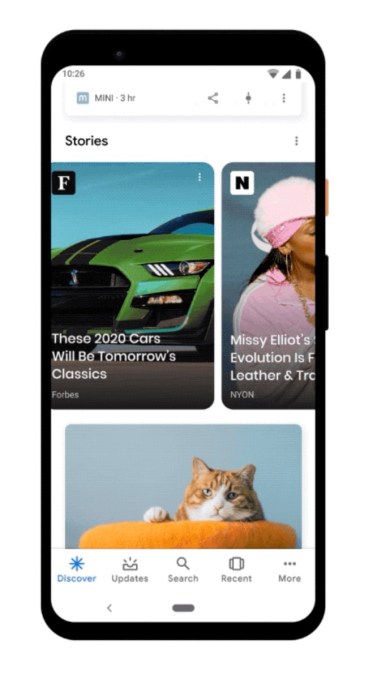 Today, Google is referring to this visual content as “Web Stories,” not AMP Stories, and is integrating the experience into the Google search app in the U.S., India and Brazil to start.

Here, users will see the row of Web Stories at the top of the Discover tab, where they can tap to enter the full-screen Story experience. Like Stories found in other apps, you can tap to move forward to the next page in a Google Web Story or swipe to move to a different Story in the carousel. 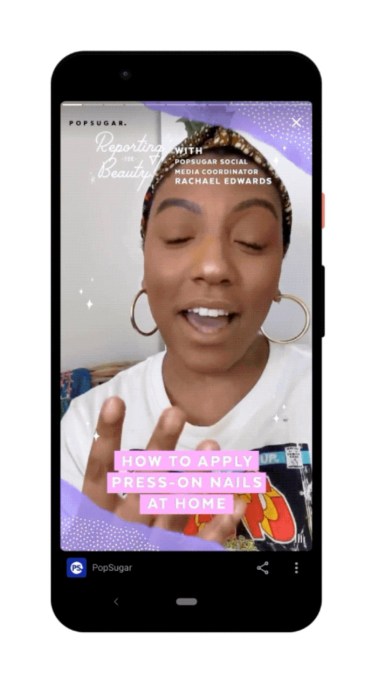 Publishers are responsible for authoring their Stories and have control over Story monetization, hosting and sharing, and adding links to the Stories, Google notes. To create these Stories, the publishers can use drag-and-drop tools like the Web Story editor for WordPress, MakeStories or NewsroomAI. Technical users can instead opt to code Web Stories themselves.

Early adopters of the format have been using Web Stories on their home page, on social channels, in newsletters and more, in addition to having them featured in Google Search, the company says.

Google has been working with a number of publishers to help them create Web Stories for Search and now, its native mobile app. Partners include Forbes, Vice, Refinery29, USA Today, Lonely Planet, Now This, Thrillist, PopSugar, The Dodo, Bustle, Input, Nylon, The Hollywood Reporter, Blavity, PC Gamer, Golfweek and many others. The publishers and Google collaborated on the new product and helped build out its features, Google says.

To date, more than 2,000 websites have published Stories that have been indexed by Google.

The update to the Google app on iOS and Android is rolling out today.