French startup Memo Bank has unveiled three different plans for its new customers. The company is building a business bank for small and medium companies that generate between €2 million and €50 million in annual turnover.

Earlier this year, Memo Bank obtained licenses from the French regulator (ACPR) and the European Central Bank to become a credit institution. It can provide all the services you’d expect from a business bank, from current accounts to credit lines.

On paper, Memo Bank’s current accounts look a lot like a software-as-a-service product. There are three different plans. For €49 per month, you get one user account and each additional account costs €10 per month. You get 20 transactions in and out per month; each additional transaction costs €0.40 per transaction.

For €149 per month, you can create as many user accounts as you want and you get 200 transactions per month. Once again, additional transactions cost €0.40 per transaction.

And if you handle a lot of transactions, you get unlimited transactions for €399 per month. The mid-tier plan also lets you access an authorized overdraft. 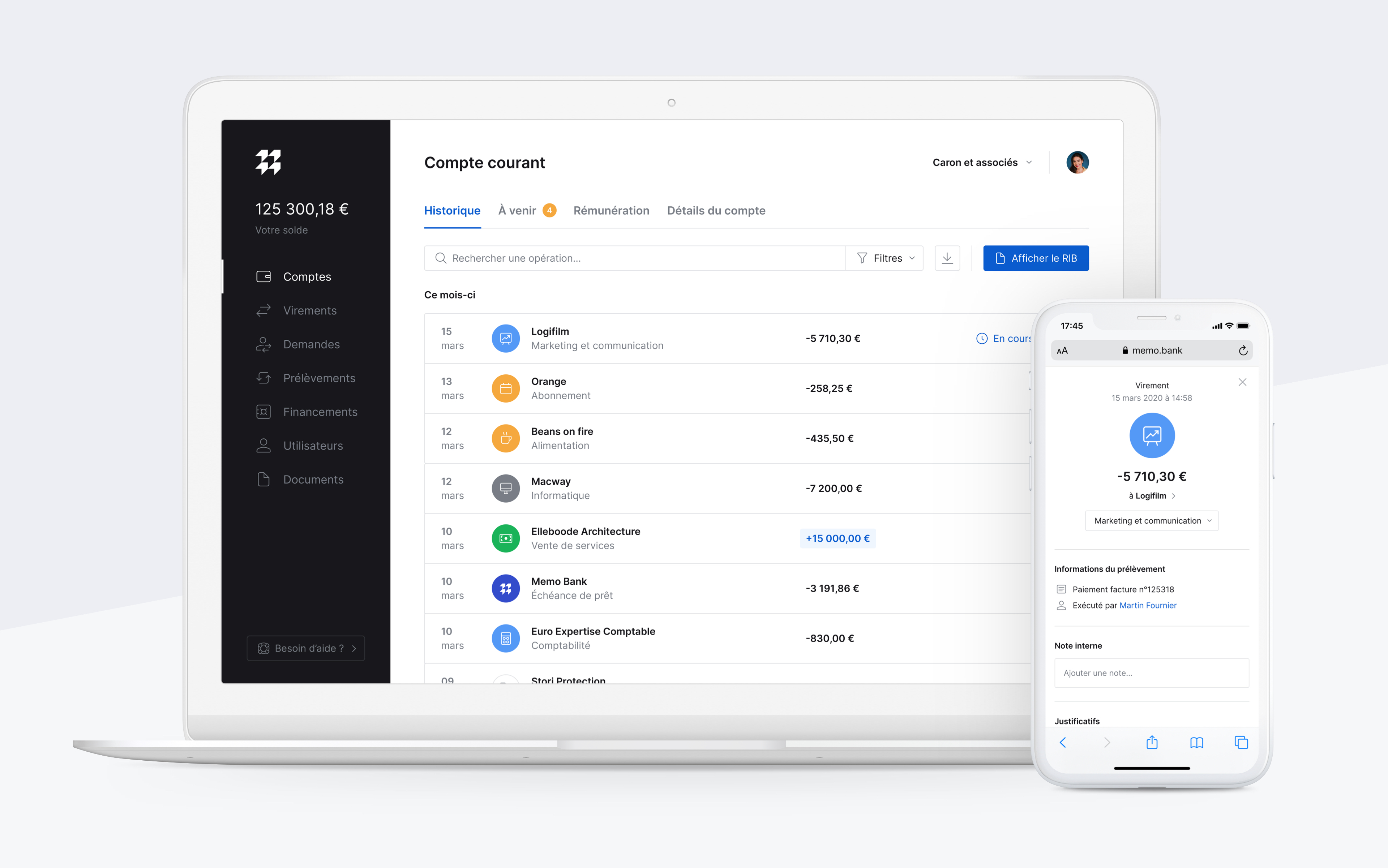 The startup is also saying that its web platform should work better than your average banking site. The search feature works as expected, you can issue grouped transfers to pay your employees and you can set up an approval workflow for big transactions.

More importantly, Memo Bank is open for business to issue loans. Companies can apply to get a €20,000 to €200,000 loan and pay back over one to seven years. With this product, the startup is competing with online lending platforms, such as October.