SpaceX’s Starlink has showed its utility in connecting far-flung locations to the internet quickly and relatively simply in Washington, where like much of the west coast wildfires have caused enormous damage to rural areas. A couple small towns in the state have received Starlink connections to help locals and emergency workers.

The town of Malden was almost completely destroyed, but restoration efforts are underway, and of course it helps to be able to access the internet for communicating with residents and authorities. With power and cellular service unreliable, satellite internet is a good temporary option, and Starlink stepped up.

As SpaceX founder Elon Musk said on Twitter, the company is prioritizing emergency responders and areas without internet:

Glad SpaceX could help! We are prioritizing emergency responders & locations with no Internet connectivity at all.

The effort is being organized through the state’s Emergency Management Division, a part of the military that, as you might expect, helps manage emergencies.

Steven Friederich, an EMD public information officer, explained in an email that the division has been using Starlink for a few weeks to provide public internet hotspots. The town “had a pretty big fire come through town and it burned a good chunk of the area, including the fire station and the post office. There simply hasn’t been a way to get a fast and reliable Internet connection there for the public to use,” he said. 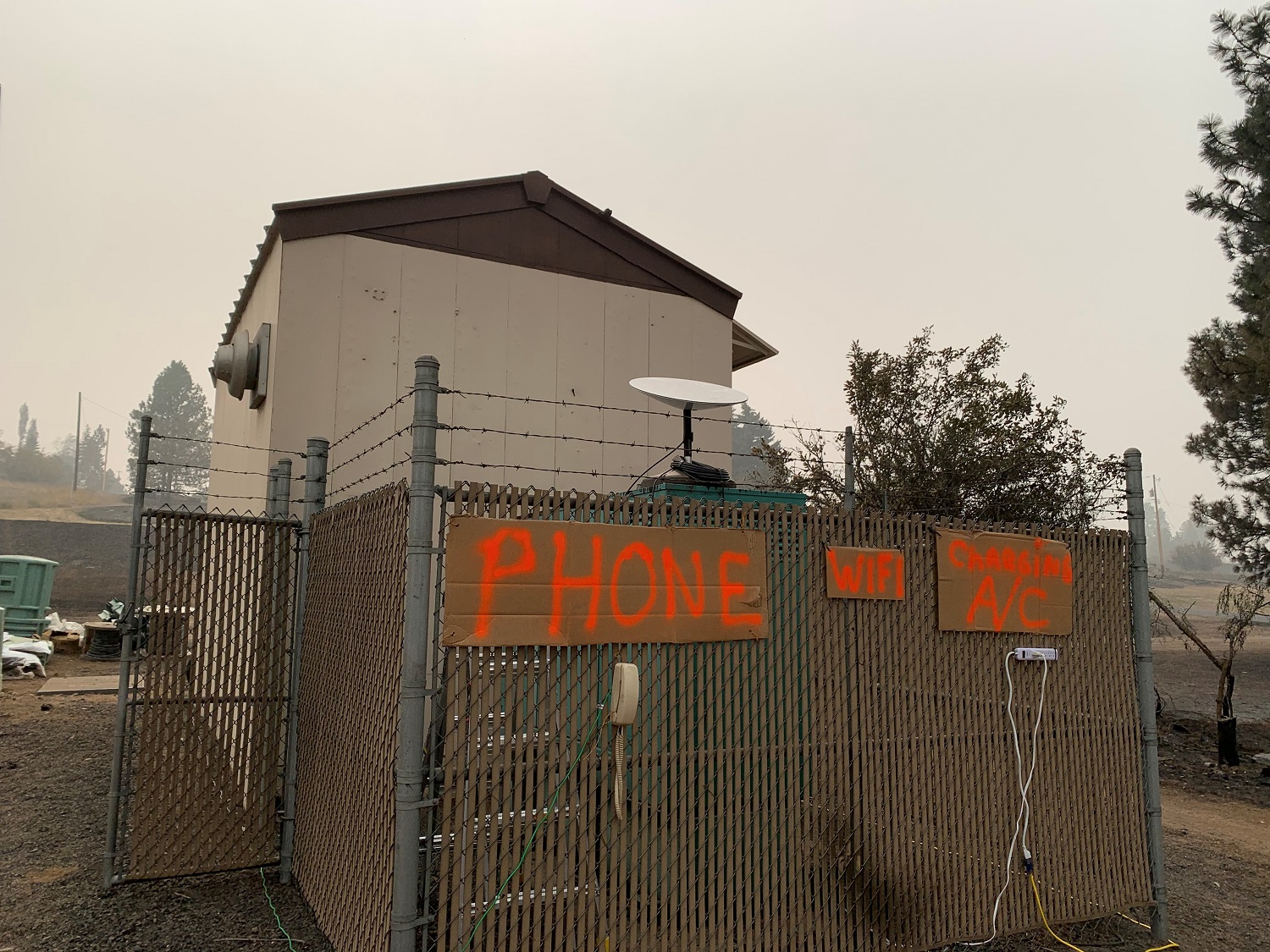 “Space X volunteered the use of their equipment to us and our Emergency Communications staff were grateful to have it,” he continued. “We were given seven terminals to use wherever we could use them free of charge. Space X, as you know, doesn’t have coverage everywhere in the country, but as it happens, they have coverage here in our state.”

That would be due to the incompleteness of the Starlink satellite constellation, which will eventually be thousands strong but currently “only” has about 600. Reliable coverage is limited to certain areas while SpaceX fills out the system.

The EMD has been working for some time on the problem of how to maintain connectivity in the case of a disaster (or indeed a pandemic) and Starlink happened to be the method they chose to test out this time.

“This is a device we could definitely utilize should we have more wildfires or even larger disasters, such as a Cascadia Subduction earthquake event, where communication problems would be a huge hurdle,” said Friederich.

The Cascadia Subduction event is the looming catastrophic earthquake on the order of a 9 referred to colloquially (and fatalistically) by those in the region as “The Big One.” If there’s anything left at all after that, satellite internet connections will indeed be helpful in putting things back together.